The Firth of Clyde Model

The Firth of Clyde (FOC) model is an implementation of the Finite Volume Community Ocean Model (FVCOM) and has a domain covering the Firth of Clyde and the North Channel between Scotland and Northern Ireland. The domain extends as far as Isle of Tiree and the Isle of Coll to the North and the Isle of Man to the South. The model grid is unstructured with the highest horizontal resolution in the Inner Firth of Clyde. The node spacing varies from less than 80 m in some areas to almost 3 km at the boundary. In the Inner Firth of Clyde the node spacing is typically around 200-300 m while in the surrounding area it is more commonly between 1000-1500 m. The water column is resolved by 10 terrain-following sigma layers, each representing 10% of the water column. 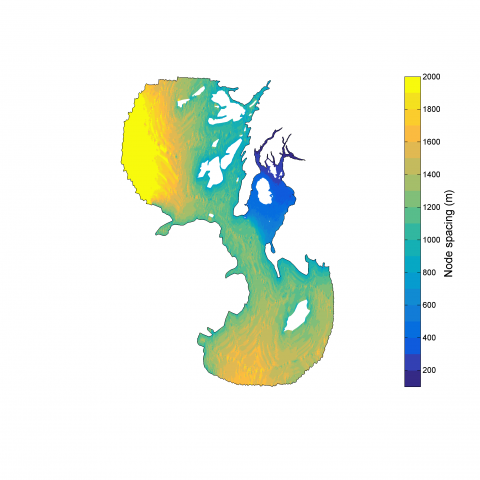 If you are interested in any of these models, or the model outputs, please contact the Marine Scotland Science Oceanography group (mss.oceanography@gov.scot).