Intertidal sediment blue mussel beds (Mytilus edulis) or reefs can be found typically in the more sheltered firths and bays. The dense aggregations of mussels form a complex three-dimensional matrix held together by byssus threads that stabilise the sediments beneath. It is often so dense that the anoxic layer reaches the surface of the sediments. The mussels provide a hard substrate on which other animals and plants can attach.

Subtidal rock blue mussel beds (Mytilus edulis) are typically found on shallow mixed sediments. The mussel beds stabilise the underlying sediment creating a highly complex habitat for a diverse community of plants and animals living on, within or under the bed. The hard substrate they provide in otherwise sedimentary areas increases the overall biodiversity of the area. They have an important role in nutrient cycling and for filtering sea water and removing potentially toxic algae and are an important source of food for a range of other species including wildfowl, seabirds and humans. 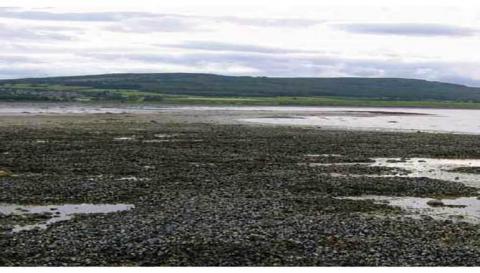 These beds occur around Scotland with the majority on the west coast and in the Firth of Forth and the Moray Firth.

A particular form of mussel bed comprising high densities of juvenile blue mussels on pebbles, gravel and sand forming a thin bed with the fan worm (Fabricia sabella), along with other bivalve molluscs and worms, is found exclusively in the Dornoch and Moray Firths.

Found in areas of moderately strong to strong water movement in relatively shallow areas in both full and variable salinities. The mussel beds act to stabilise the sea bed sediments creating a habitat that support a dense community of animals. It is recorded from only a few locations around the coast.

Typically found in the tide swept entrances to sheltered or very sheltered basins in sea lochs and voes. The majority of UK records are from Scotland.