There are two layers available for Stratification Changes: 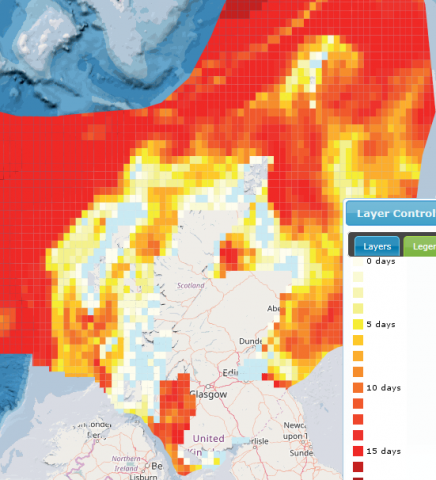 Stratification - projected will start earlier possibly by as much as 5 to 10 days. However, there are exceptions to this pattern, such as in the Tay / Forth area, west of the Hebrides, and some other local inshore areas. In the offshore waters, stratification will end later in the year, by possibly as much as 10 to 15 days. In inshore waters again there is quite a complex pattern in the projected changes. The length of the stratified period in offshore waters is generally 10-15 days longer than currently, with some local, inshore variation.