Marine Scotland, a Directorate of Scottish Government established in April 2009, is responsible for the integrated management of Scotland's seas for the Exclusive Economic Zone (EEZ) adjacent to Scotland and also defined as the Scottish Inshore and Offshore Regions under the Marine and Coastal Access Act 2009. Under the Marine and Coastal Access Act 2009 the Scottish Ministers have powers for marine planning, licensing, and conservation of the seabed and subsoil of the sea within the limits of the UK sector of the continental shelf that is adjacent to Scotland, and beyond the EEZ.

Marine Scotland's duties, mainly set out in the Marine (Scotland) Act 2010, cover marine planning, policy development, licensing and enforcement and assessment of the state of the seas. Marine Scotland also undertakes scientific research and monitoring as well as fisheries enforcement under various other legislative obligations.

Marine Scotland is the guardian of the marine vision of 'clean, healthy, safe, productive, biologically diverse marine and coastal environments, managed to meet the long-term needs of people and nature'. It also licenses a variety of activities under a new Marine Licence regime since April 2011.

The Scottish Environment Protection Agency (SEPA) is a non-departmental public body of the Scottish Government established in 1996. SEPA's role is to protect and improve the environment (environmental success) in ways that, as far as possible, create health and wellbeing benefits (social success) and sustainable economic growth (economic success). SEPA is accountable through Ministers to the Scottish Parliament. The main legislation used by SEPA to deliver its regulatory functions in the marine environment is the Water Environment and Water Services (Scotland) Act 2003 with powers defined under the Water Environment (Controlled Activities) (Scotland) Regulations 2011. It is also responsible for the regulation of all radioactive substances under the Environmental Authorisations (Scotland) Regulations 2018 (EA(S)R). In addition to these regulatory responsibilities, SEPA maintains a network of coastal tide gauges. 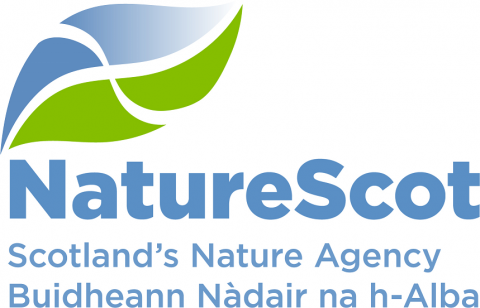 There are two bodies providing nature conservation advice. The main role of NatureScot (previously known as Scottish Natural Heritage (SNH), an agency established in 1992) is to promote, care for and improve the natural heritage, help people enjoy it responsibly, enable greater understanding and awareness of it and promote its sustainable use, now and for future generations. It has responsibilities for the marine environment from the coast out to the limits of territorial waters.

NatureScot works closely with the Joint Nature Conservation Committee (JNCC). JNCC is the public body that advises the UK Government and devolved administrations of Wales, Scotland and Northern Ireland on UK-wide and international nature conservation matters. JNCC was originally established under the Environmental Protection Act 1990, then reconstituted by the Natural Environment and Rural Communities (NERC) Act 2006. In Scotland, JNCC has a specific statutory remit to advise on nature conservation matters in the marine environment beyond 12 nautical miles from the coast.

Historic Environment Scotland was established in 2015, bringing together Historic Scotland and The Royal Commission on the Ancient and Historical Monuments of Scotland, as the lead public body set up to investigate, care for and promote Scotland's historic environment. HES cares for 300 sites of national importance all across the country including many sites at the coast. HES looks after internationally significant archives and artefacts and is at the forefront of investigating and researching Scotland's historic environment and addressing the impacts of climate change.

HES protects historic places through designations and consents, promotes their sustainable development, and provides millions of pounds each year to local communities to repair and revitalise their historic environment, providing advice and guidance, and offering a wide range of training and learning opportunities.

HES advises the Scottish Government on the designation of historic Marine Protected Areas (MPAs) under the Marine (Scotland) Act 2010.