The AlterECO project (“An alternative framework to assess marine ecosystem functioning in shelf seas” www.altereco.ac.uk) was designed to improve the spatial and temporal coverage of measurements of dissolved oxygen in the North Sea and to gain a better understanding of the processes driving oxygen depletion and marine health in shelf seas. To achieve this the AlterEco project has developed a novel monitoring framework using the latest autonomous oceanographic technologies, ocean gliders (Figure 1). 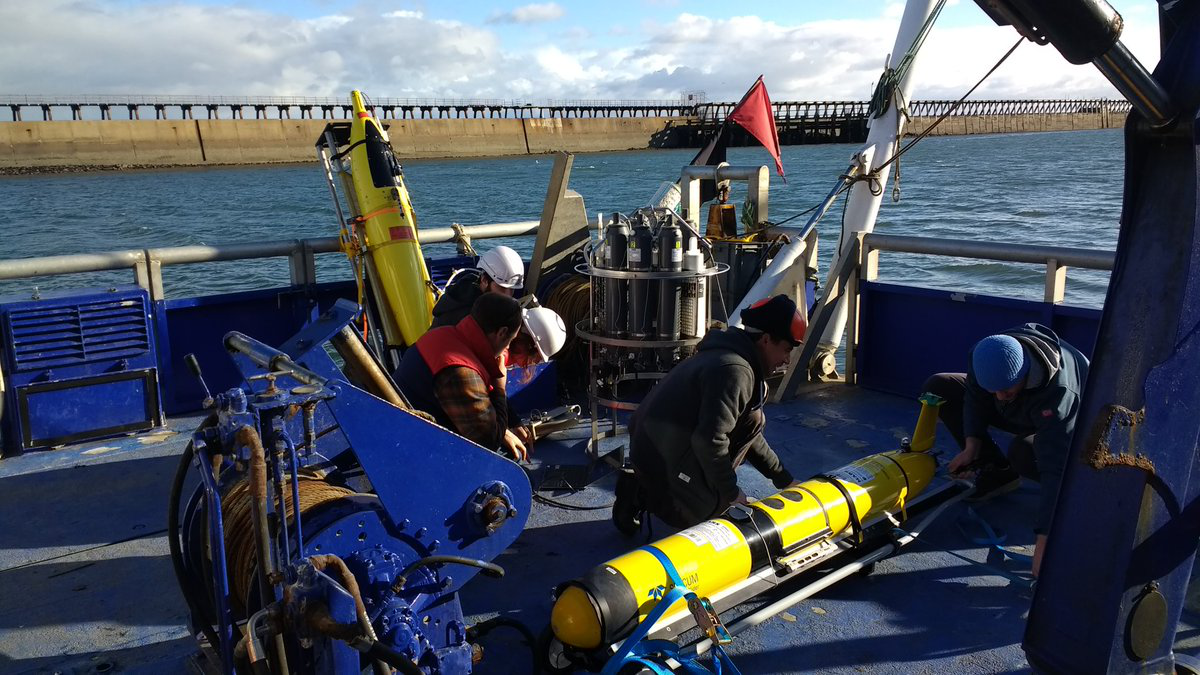 Figure 1: The AlterECO team preparing the ocean gliders on the RV Princess Royal (University of Newcastle) at Blyth.

These autonomous vehicles can be deployed for periods of several months to collect observations at a single location (referred to as a “virtual mooring”) or along a transect (with possible repeat visits). The ultimate goal of the project is to improve the understanding of key shelf sea ecosystem drivers, together with providing sufficiently high temporal and spatial resolution of the underlying processes to better understand the impacts of year-to-year variability of the shelf sea ecosystem.

Between October 2017 and May 2019, more than 10 ocean gliders measured dissolved oxygen and other relevant oceanographic variables, using a range of onboard sensors. Two transect lines (one north-south and one east-west, Figure 2) were maintained over the study, coinciding with associated research cruises carried out by the MRV Scotia (Marine Scotland) and the RV Endeavour (Cefas). 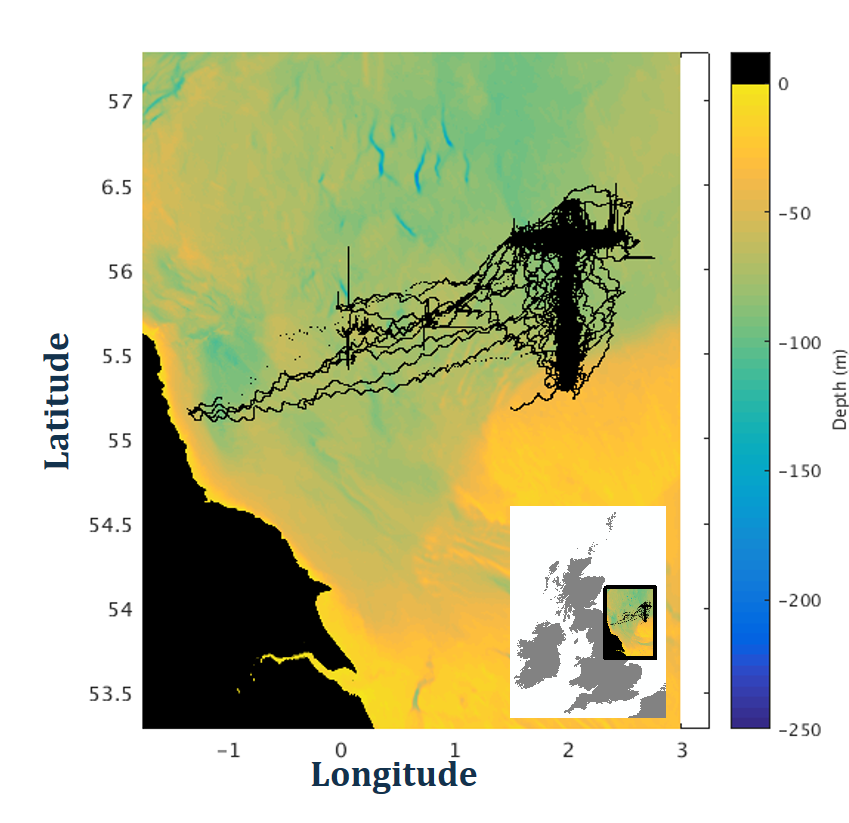 Figure 2: Maps of glider positions from all deployments (black dots) and bathymetry (GEBCO). Gliders were deployed off Blyth (Northumberland), and subsequently travelled to the main measurement area at Dogger Bank. During the project a north-south and an east-west transect were occupied. The north-south transect runs from the shallower water north of Dogger Bank (DB) into deeper regions that undergo periods of prolonged stratification and deficient oxygen levels throughout summer months. 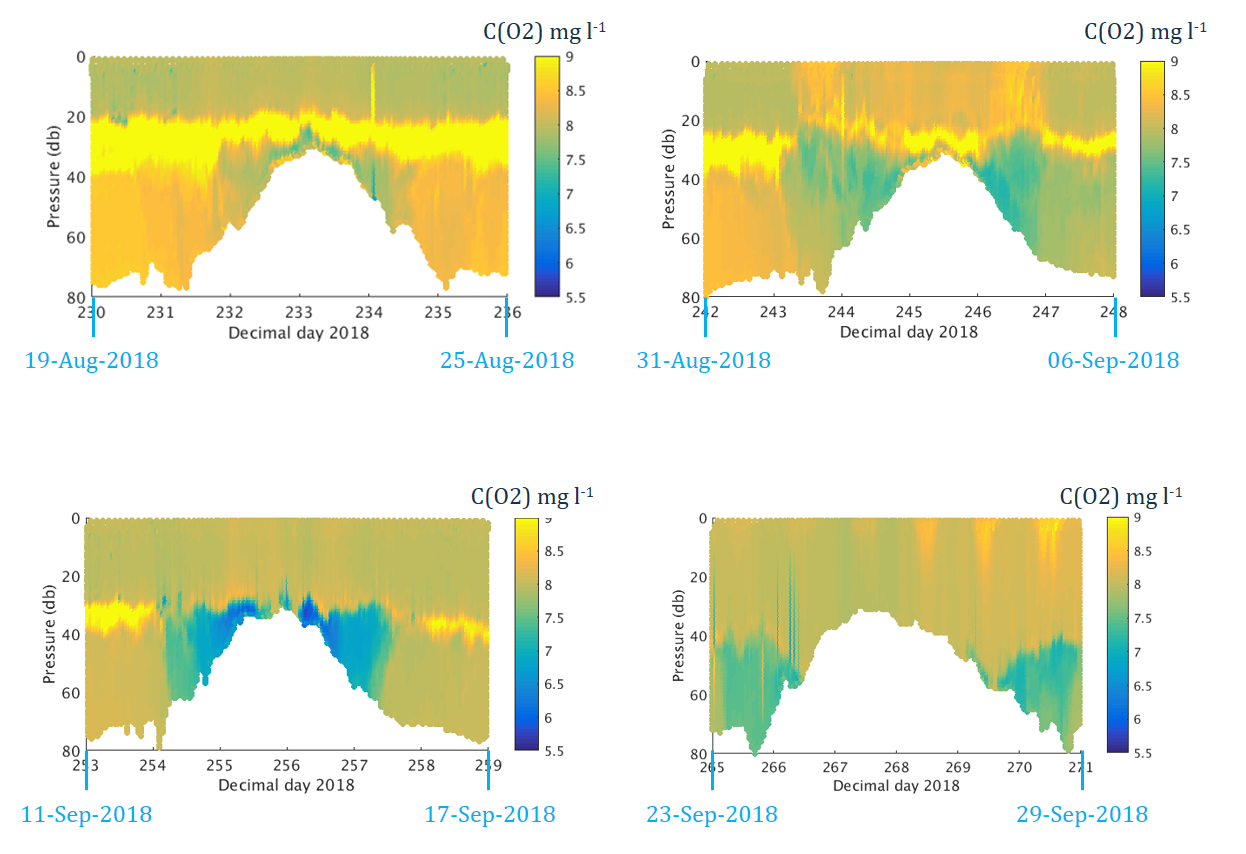 The fieldwork phase of the AlterEco project has shown that autonomous marine technologies are now capable of collecting sustained observations with a high spatial and temporal sampling frequency over large areas of the seas. The horizontal variability in temperature and oxygen in the near-bed layer of the North Sea is large. The AlterEco project also collected valuable information on the application of autonomous marine technologies, including sensor calibration methods and data quality assurance techniques.The next step is to show how these observations can be used to assess ecosystem function. Part of this will be investigating the variability due to oceanographic changes in water masses and circulation by using a state-of-the-art numerical model to provide context to the 19 month observational period.In future assessments, more of these observations could be used to assess Scotland’s seas.