Flapper skate (sometimes referred to as common skate) is listed on the International Union for Conservation of Nature (IUCN) red list as Critically Endangered. Genetic research published in 2009 (Iglesias et al., 2009) revealed that the common skate Dipturus batis is actually two species D. intermedius (known commonly as the flapper skate) and D. flossada (known as the blue skate). Collation and review of tag recapture data collected by recreational anglers dating back to the 1970s carried out by the Sea Angling Conservation Network and Scottish Natural Heritage in 2010 / 2011 showed that flapper skate although described as extinct in England and the North Sea still existed in significant numbers in the coastal waters of Argyll, specifically the Sound of Mull, the Firth of Lorn and the Sound of Jura. Flapper skate were therefore listed as a Marine Protected Area (MPA) search feature (a species for which MPAs should be designated) and as a Priority Marine Feature (habitats and species that are considered to be marine nature conservation priorities) for Scotland.

The Loch Sunart to the Sound of Jura MPA originated from a third-party proposal submitted by the Scottish Sea Angling Conservation Network (SSACN). Flapper skate tagging records (capture-mark-recapture) collected by recreational sea anglers as part of the Scottish Shark Tagging Programme (SSTP) were combined with historical records from Glasgow Museum and the UK Shark Tagging Programme to support the case for designation.

Sea anglers also worked with scientists from Marine Scotland Science (MSS) to track movements of flapper skate in the Sound of Jura (using an acoustic array) in 2012-2013 and to gain an insight into the depth zones used by individual fish using data storage tags (Neat et al., 2014). The MPA was subsequently designated in 2014 and fisheries management measures were introduced in 2016. The fisheries management measures include areas completely closed to mobile fishing gear to prevent bycatch of skate and areas that are open only seasonally and where tickler chains (the heavy chains on the base of bottom contact mobile gear) are removed. Removal of tickler chains from dredges and trawls has been found to reduce mortality when skate are captured as bycatch (Kynoch et al., 2015).

Since 2016, recreational anglers have been helping Scottish Natural Heritage, MSS, the Scottish Association for Marine Science (SAMS) and St Andrews University implement follow-on studies to help refine initial estimates of population size for the flapper skate within the site and set a baseline against which to determine the effectiveness of the new fisheries management measures. The work has three parts. 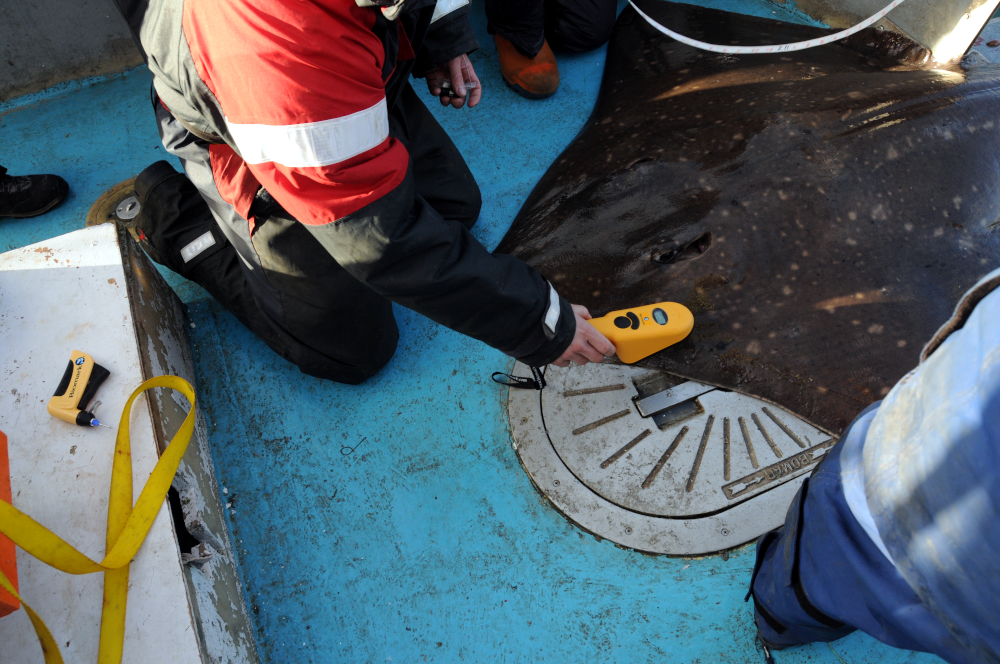 Figure 1: A skate being scanned for a PIT tag © NatureScot. 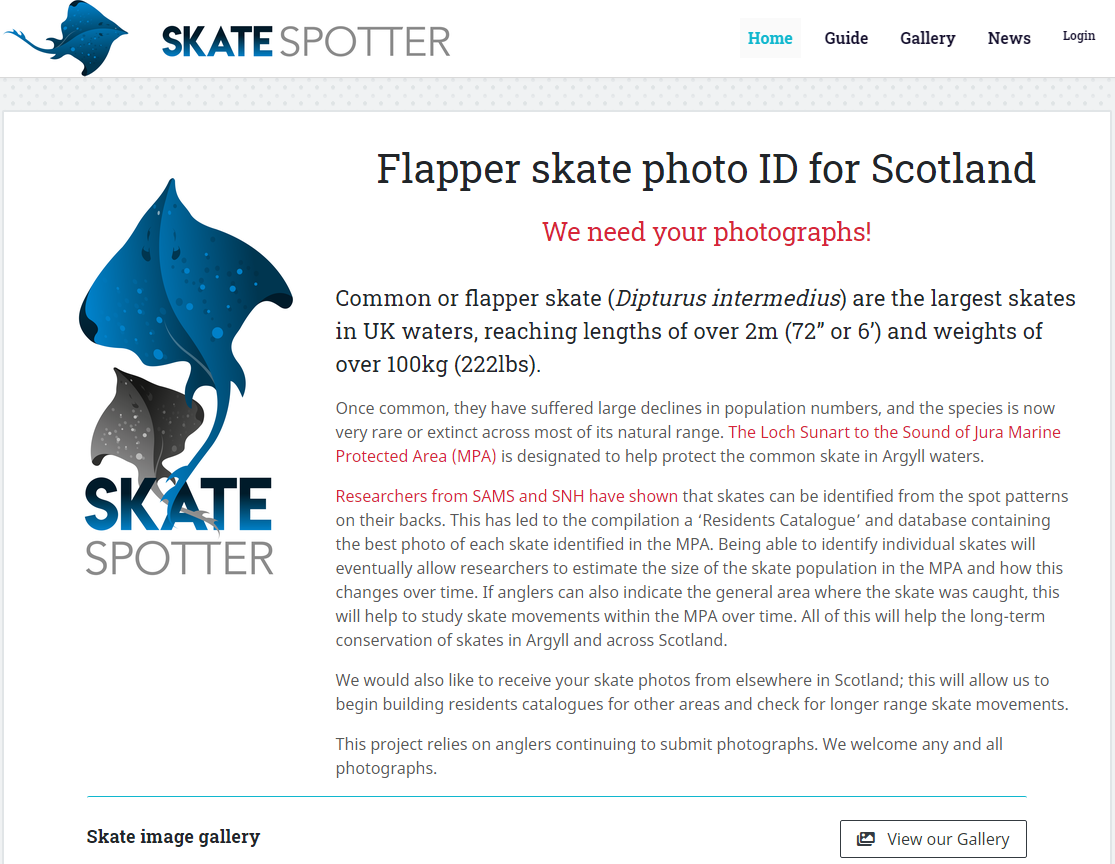 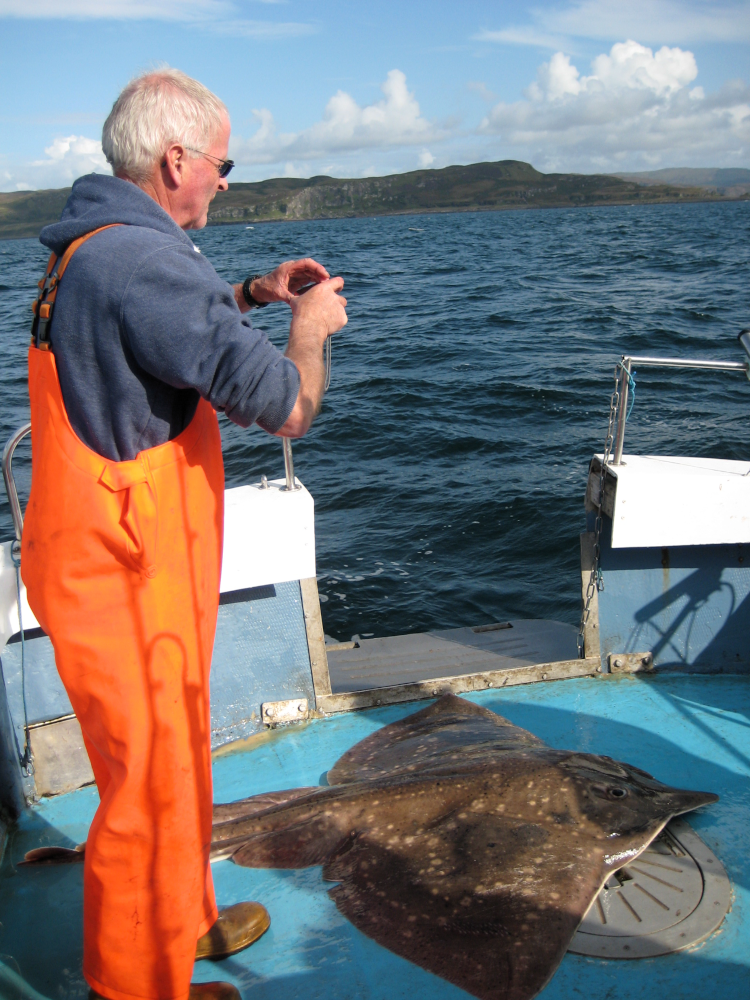 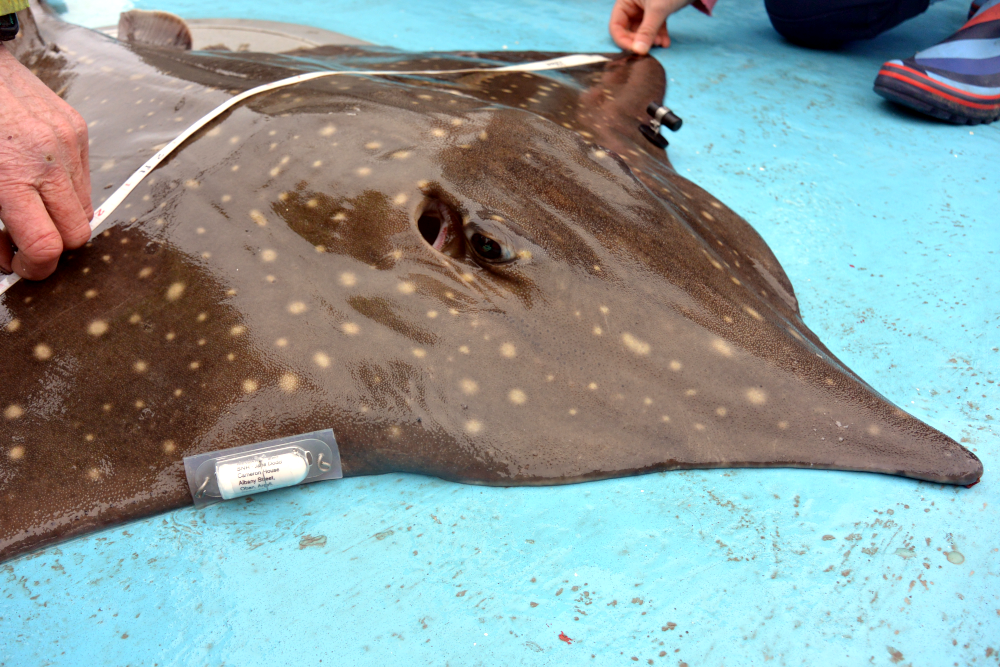 Figure 4: A skate with an acoustic tag (right) and a data storage tag (left) being measured © NatureScot.

Skate Anglers have also helped us to develop a skate handling Best Practice Guide which has been published on the Skatespotter website. A number of them have also been provided with tarpaulins so that they can lift skate safely back into the water after capture (see Figure 5). 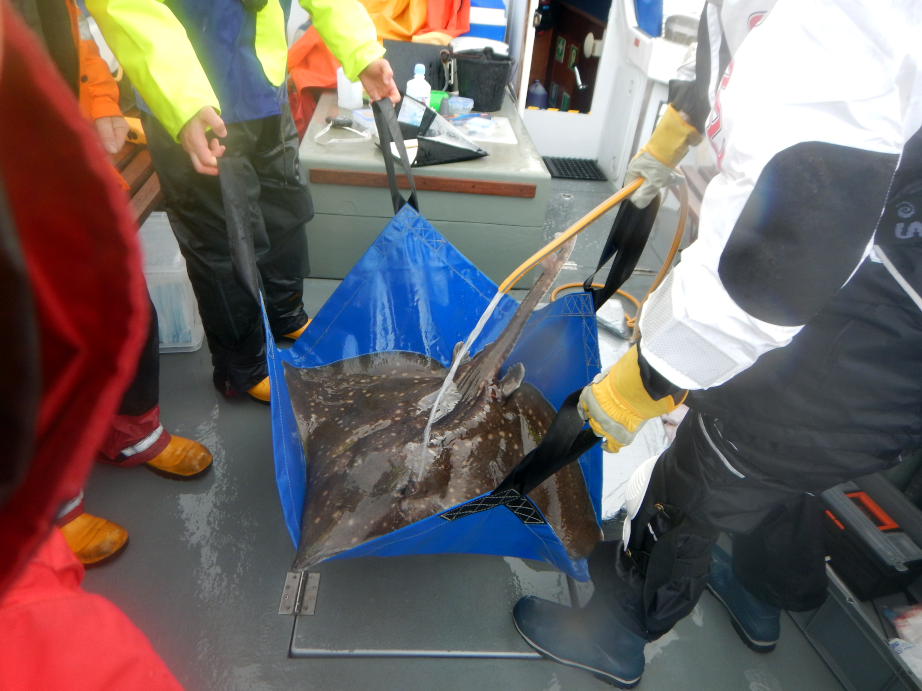 Figure 5: A skate is lifted safely back to the water using a square tarpaulin with corner handles © NatureScot.
back to top