Sea temperature is of fundamental importance to almost all physical, biological and chemical processes that occur within this environment. This is because the rate of chemical and biological reactions and processes are temperature dependent. The temperature also influences the amount of a substance that will dissolve in the water. 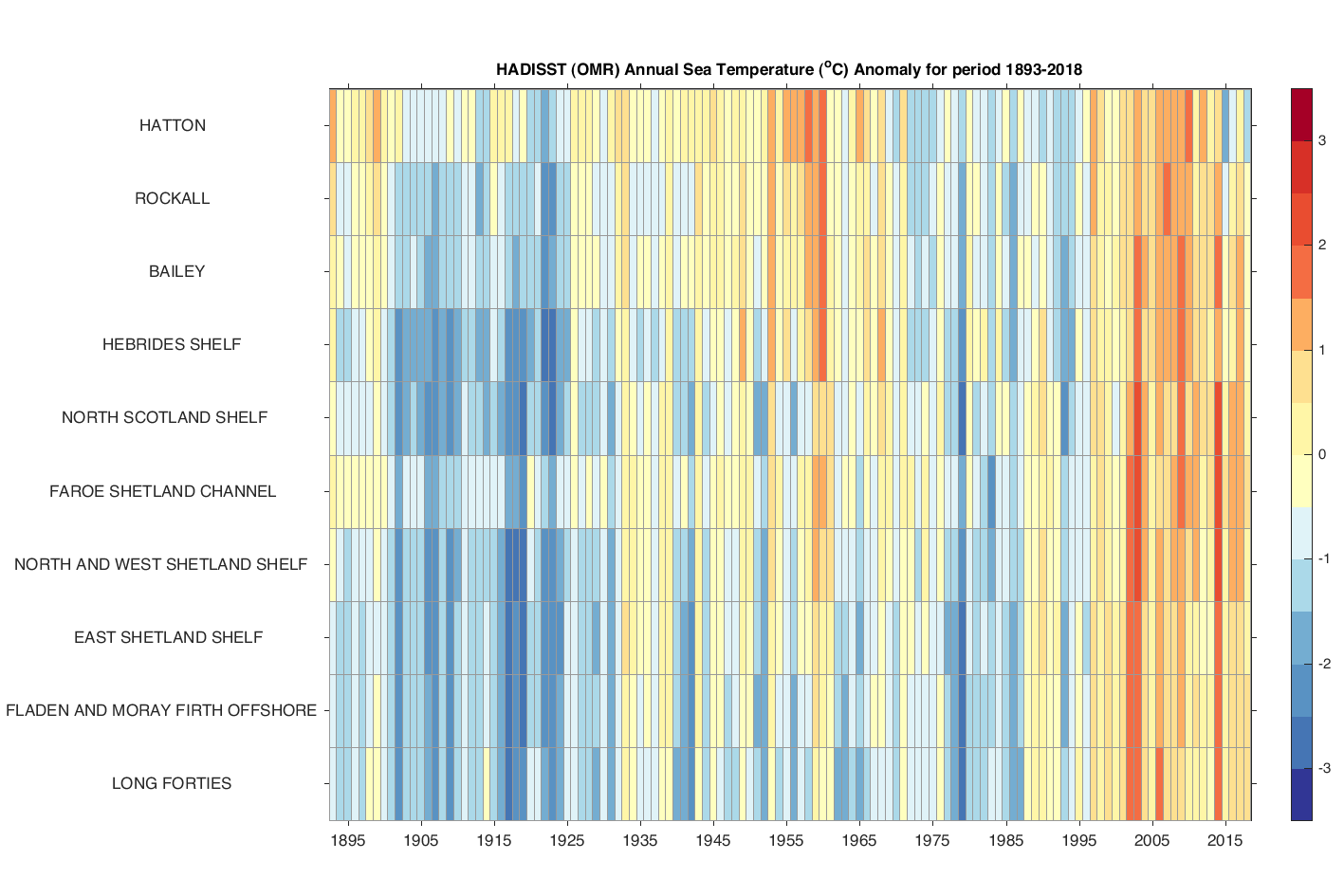 Figure 1: Annual Sea Surface Temperature anomalies relative to the 1981 - 2010 period by Offshore Marine Region (OMR) from an interpolated, combined in situ and satellite gridded product (HadISST 1.1; Rayner et al., 2003). The use of these standardised values allows for easy comparison between regions which may have different variability. These anomalies have been normalised by removing the 1981 - 2010 mean and scaling by the 1981 - 2010 standard deviation for the region.

However, average temperatures have not increased at a constant rate during this time (see Figure 2 for an example from the Faroe-Shetland Channel OMR), and spatial differences also occur (Figure 1; Tinker & Howes, 2020). Natural decadal and multi-decadal variability in ocean temperatures have been observed and this contributes to the observed temporal variation. The warming trend in the most recent 30 years has been greater than the longer term trend for the period 1870 - 2016 (Figure 2; Hughes et al., 2018; Tinker & Howes, 2020). The warming trend in the last 30 years (1988 - 2017) is about 0.2 °C per decade. The warming has been greatest in the region of the Faroe-Shetland Channel and further northwards, with trends here reaching 0.4 °C per decade. Warming in other regions has been less and trends statistically not significant due to the effect of the cold anomaly in the region south of Iceland (Tinker & Howes, 2020). The cause of this cold anomaly is thought to be related to extreme ocean heat loss to the air above it since the winter of 2013 - 2014 (Josey et al., 2018). 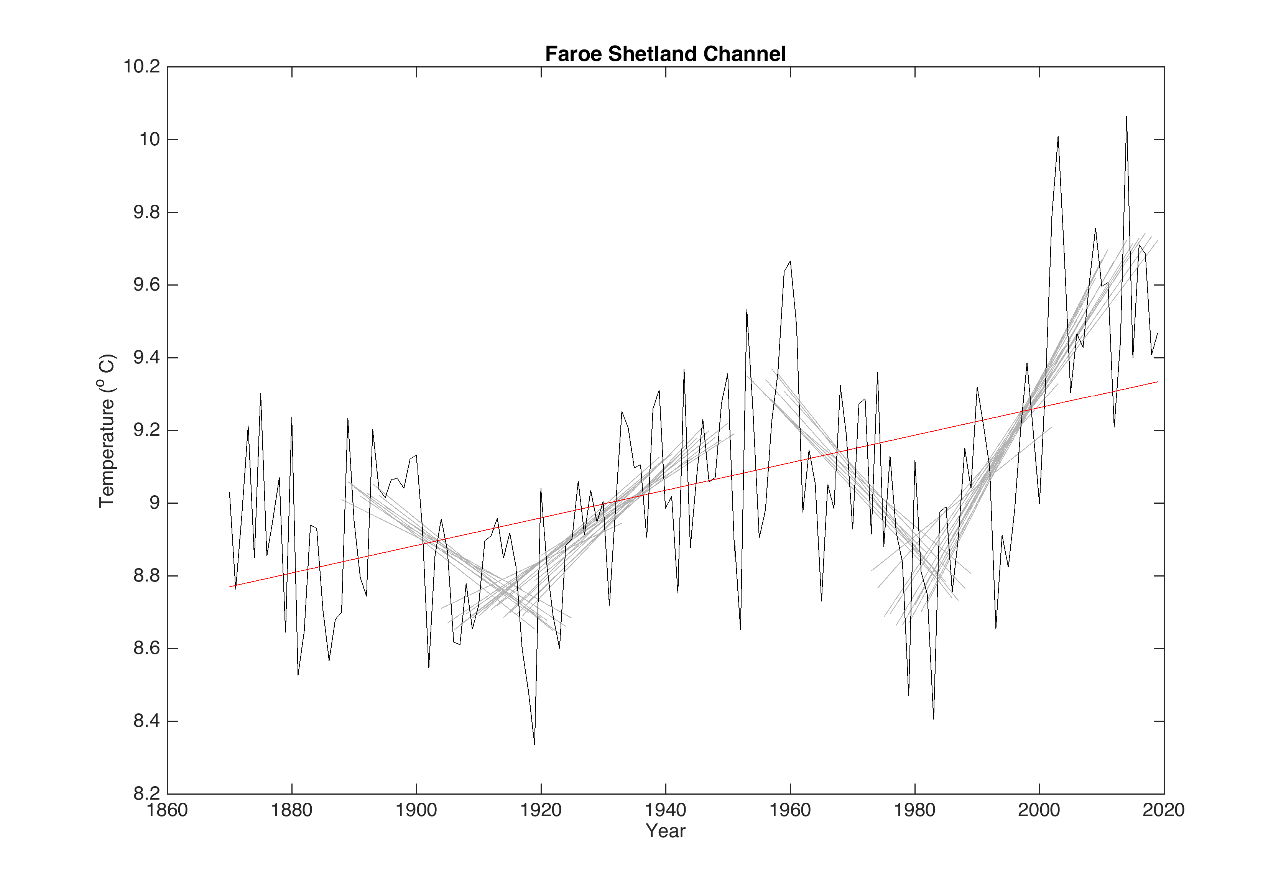 Figure 2: Annual mean sea surface temperature in the Faroe-Shetland Channel Offshore Marine Region (in °C; from an interpolated, combined in situ and satellite gridded product (HadISST 1.1; Rayner et al., 2003) and linear trend for the entire time series (red line) and 30-year periods (grey lines). Trends are only shown where they are statistically significant.