The native oyster is typically found attached to rocks or other shells on muddy substratum in estuaries and other coastal habitats. These are found along the west coast, in the Hebrides and Shetland. Specimens have been recently discovered in the Firth of Forth where there was once a highly productive fishery before disappearing in the 1950s. 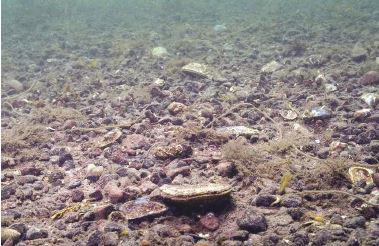 Native oyster beds were once widespread. Dense beds of oysters once formed reefs that stabilised the underlying sediments and provided a hard substrate for a range of other animals such as sea squirts, sponges, sea slugs and small seaweeds. They are now considered to be nationally rare with only scattered occurrences on the west coast, most notably lochs Ryan, Sween and Scridain.