Scottish representatives participate in a number of international initiatives / networks that contribute to the on-going management of the human activities having an impact on Scotland's seas. Although this has been illustrated in part under the Infrastructure section, there has been a greater emphasis on International Networks in the last few years, especially those associated with the United Nations due to the close link between the UN Sustainable Development Goals and Scotland's National Performance Framework (Figure 1 and Introduction). 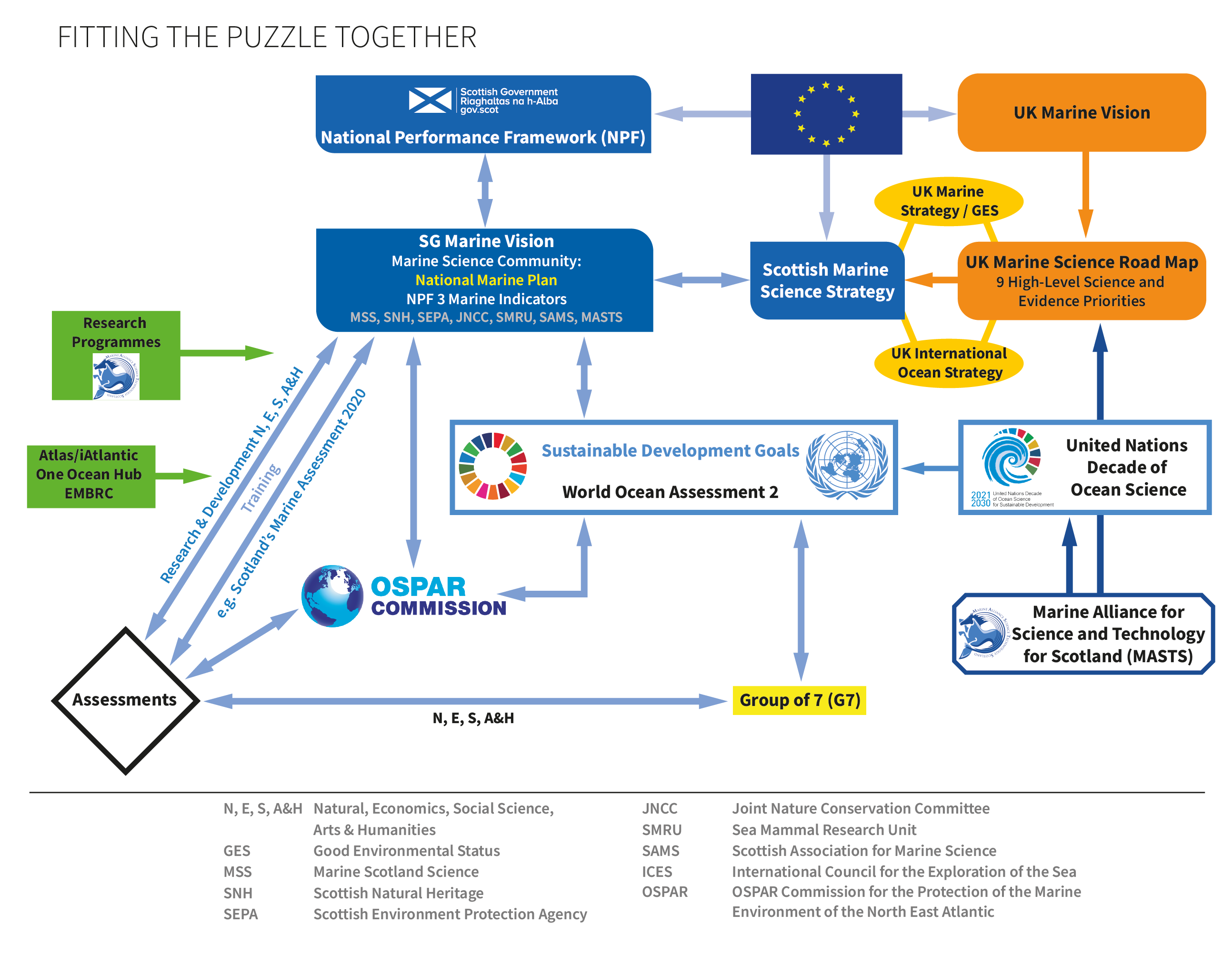 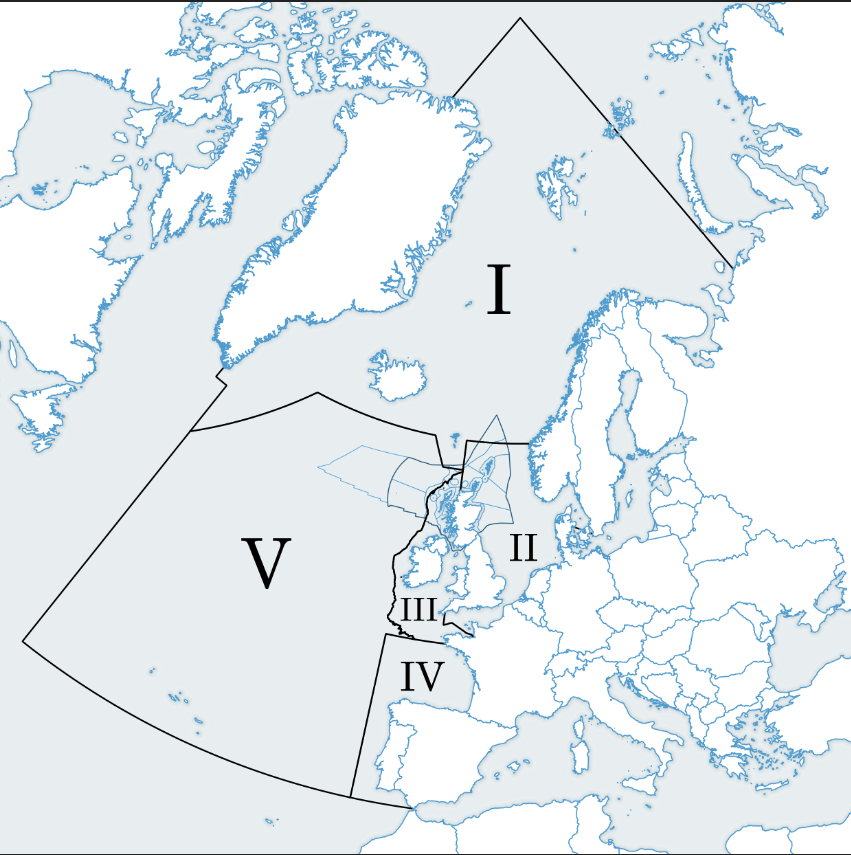 OSPAR is a Regional Seas Convention and the mechanism by which 15 governments and the European Union cooperate to protect the marine environment of the North-East Atlantic. Since 1992 the OSPAR Commission has worked to identify threats to the marine environment and has organised, across its maritime area, programmes and measures to ensure effective national action to combat them. Scottish marine scientists, economists and data specialists have played a full role in supporting the UK's contribution to the various committees that conduct OSPAR's work. The most recent key publication was the OSPAR Intermediate Assessment 2017, which reported at the North-East Atlantic scale, supported member states of the European Union (EU) in their Marine Strategy Framework Directive (MSFD) reporting. This followed up OSPAR's previous Quality Status Reports for 2010 and 2000. OSPAR operates on a decadal cycle. Since 2010, OSPAR processes have been guided by the North-East Atlantic Environment Strategy. The strategy for the current decade is due to be agreed by the OSPAR Commission and formally adopted at the Periodic Ministerial Meeting in 2021.

The International Council for the Exploration of the Sea (ICES) is an intergovernmental marine science organization that was established in 1902. ICES meets societal needs for impartial evidence on the state and sustainable use of our seas and oceans. Its goal is to advance and share scientific understanding of marine ecosystems and the services they provide and to use this knowledge to generate state-of-the-art advice for meeting conservation, management, and sustainability goals. ICES comprises a network of more than 5,000 scientists from over 700 marine institutes in 20 member countries. Again, Scottish marine scientists play a full role in many aspects of ICES work. ICES is possibly most well-known for its fisheries advice used for the annual quota negotiations under the EU Common Fishery Policy. Marine Scotland data and scientists contribute to this. However, in 2019, ICES published a Strategic Plan and supporting Science Plan to guide the organization into the 2020s which had a strong focus on marine ecosystems and the services that they provide. ICES has been granted observer status at the United Nations.

OSPAR and ICES work closely together. On an annual basis, OSPAR places a request to ICES for scientific advice on issues raised by the OSPAR Committees. 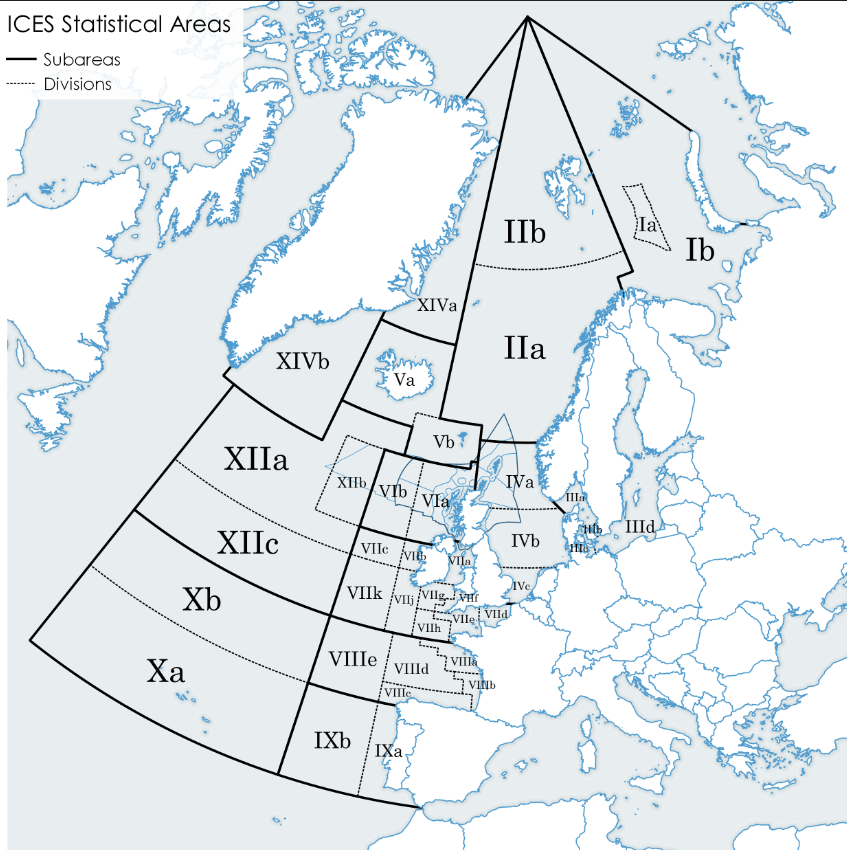 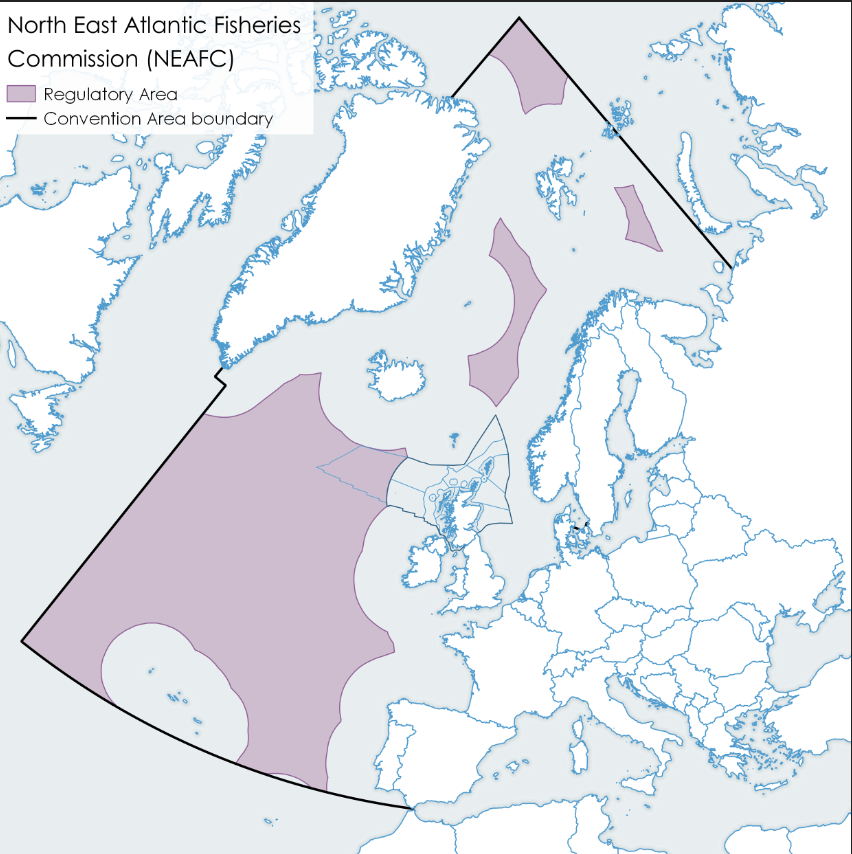 The North-East Atlantic Fisheries Commission is the Regional Fisheries Management Organisation (RFMO) for the North East Atlantic which is Area 27 of the Food and Agriculture Organization of the United Nations areas of the world's seas. NEAFC's objective is to ensure the long-term conservation and optimum utilisation of the fishery resources in its Convention Area, providing sustainable economic, environmental and social benefits. All Scotland's seas are within the NEAFC Convention Boundary, but not the regulatory areas. NEAFC and OSPAR have a formal agreement between them, which was adopted in 2014. This represents an agreement between legally competent authorities managing human activities in Areas Beyond National jurisdiction in the North-East Atlantic.

The North Atlantic Salmon Conservation Organization (NASCO) is an international organization, established by the inter-governmental Convention for the Conservation of Salmon in the North Atlantic Ocean in 1984. The objective of NASCO is to conserve, restore, enhance and rationally manage Atlantic salmon through international co-operation taking account of the best available scientific information.

Atlantic salmon migrate from their river of birth to distant-water feeding grounds in the sub-Arctic and into the fisheries zones of other countries where it may be exploited. Rational management of this resource can, therefore, only be achieved through international co-operation. Regulatory and other measures established by NASCO and its Parties have greatly reduced harvests of salmon all around the North Atlantic. Scotland contributes to NASCO both directly via an Implementation Plan and through the European Union which is the signatory to the Convention. Scientific data and advice are provided to NASCO via Scotland's contribution to the Working Group on North Atlantic Salmon run by the International Council for the Exploration of the Seas.

The United Nations is an international organization founded in 1945. It is currently made up of 193 Member States. The mission and work of the United Nations are guided by the purposes and principles contained in its founding Charter.

Of particular relevance to the SMA 2020 are the:

The UN Decade represents a possibility to build scientific capacity and durably use the potential of the ocean to achieve the goals of the 2030 Agenda for Sustainable Development. There are numerous interactions between Sustainable Development Goal (SDG) 14 related to the conservation and sustainable use of the ocean, seas and marine resources, and the achievement of many other SDGs. For example, under optimistic projections the ocean has the potential to supply up to six times more food that it does today (SDG2 - zero hunger). New technologies in renewable energy or carbon storage could increase the capacity of the ocean to mitigate the worst effects of climate change (SDG7 - affordable and clean energy; SDG13 - climate action). New knowledge and tools for coastal nature based solutions could increase the adaptive capacity of hundreds of millions of the most vulnerable people (SDG3 - good health and wellbeing; SDG10 - reduced inequalities).

The G7 Future of the Seas and Oceans Working Group brings together marine interests from Canada, France, Germany, Italy, Japan, United Kingdom and United States of America. This was a key mechanism by which the UK contributed to the UN World Ocean Assessment 2, the second global assessment of the state of the ocean (Figure 1). In December 2017, the Working Group agreed on action plans for five Action Areas to ensure continued strong progress on the G7 commitments. Those Action Areas are: