The growing interest in sedimentary carbon (C) in the marine environment, sometimes referred to as Blue Carbon, stems not from the direct sequestration of carbon dioxide (CO2) from the atmosphere, but rather from the receipt of carbon from in situ biological processes and large carbon subsidies from other environments. These carbon subsidies can derive from marine biological, terrestrial biological and geological sources. Globally, marine sediments are estimated to bury approximately 160 million tonnes organic carbon per year (Mt OC yr-1)(Hedges et al., 1997; Smith et al., 2014) with 42% of this total captured by non-deltaic continental shelf sea sediments. Globally significant Scottish marine carbon stores can be compared to equivalent Scottish terrestrial carbon stores, such as peatlands, soils and living forest (Figure 1). 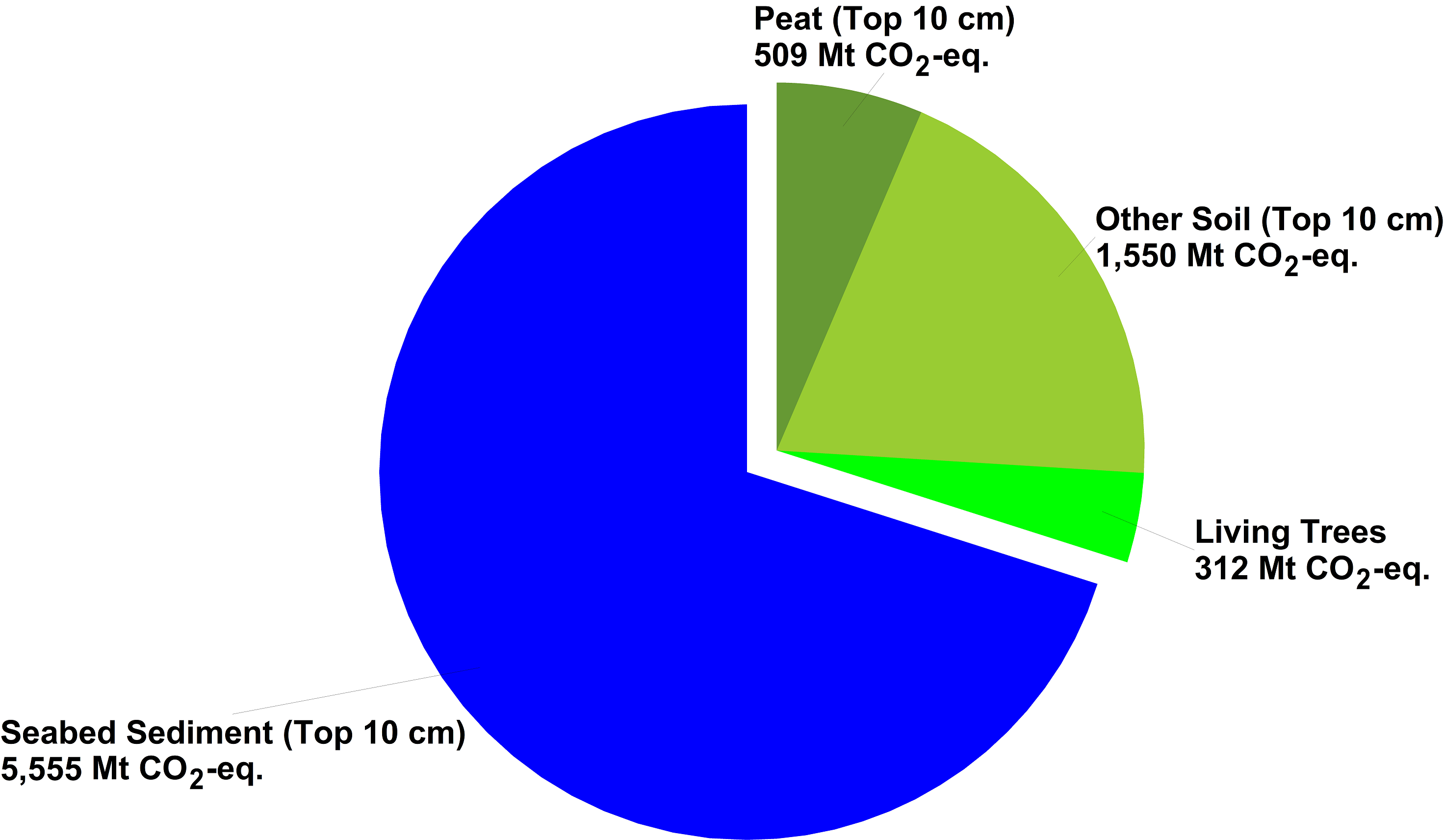 A recent report (Smeaton et al., 2020) sets out to provide an improved estimate of the carbon held within Scotland’s marine sedimentary environments. Using a standardised framework, first-order estimates of Scotland’s surficial (top 10 cm) marine sedimentary carbon stock were undertaken using open-access data sources. The surficial sediments (top 10 cm) of the mapped area (554,755 km2 of the total area of 618,744 km2) of the continental shelf and Exclusive Economic Zone seabed adjacent to Scotland holds an estimated 1,515 ± 252 Mt C. Most of this carbon is in the form of calcium carbonate, with an estimated 1,294 ± 161 Mt inorganic carbon (IC) being held within the surficial sediments (Figure 2). 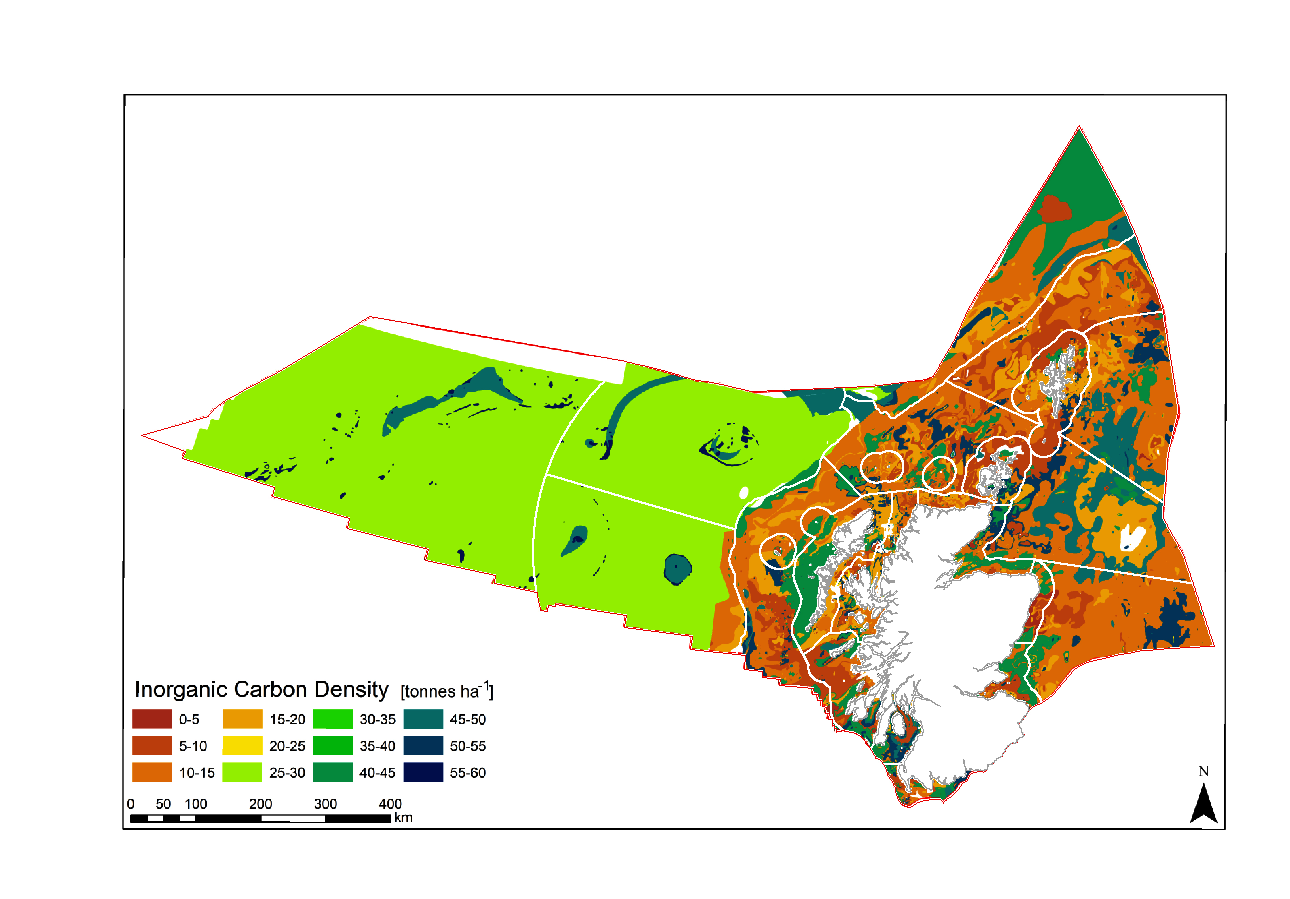 A significantly lower quantity of carbon in these surface sediments is stored in the organic (OC) form, with an estimated 221 ± 92 Mt OC currently held within the top 10 cm of sediment within the mapped area of the continental shelf and Exclusive Economic Zone (Figure 3). 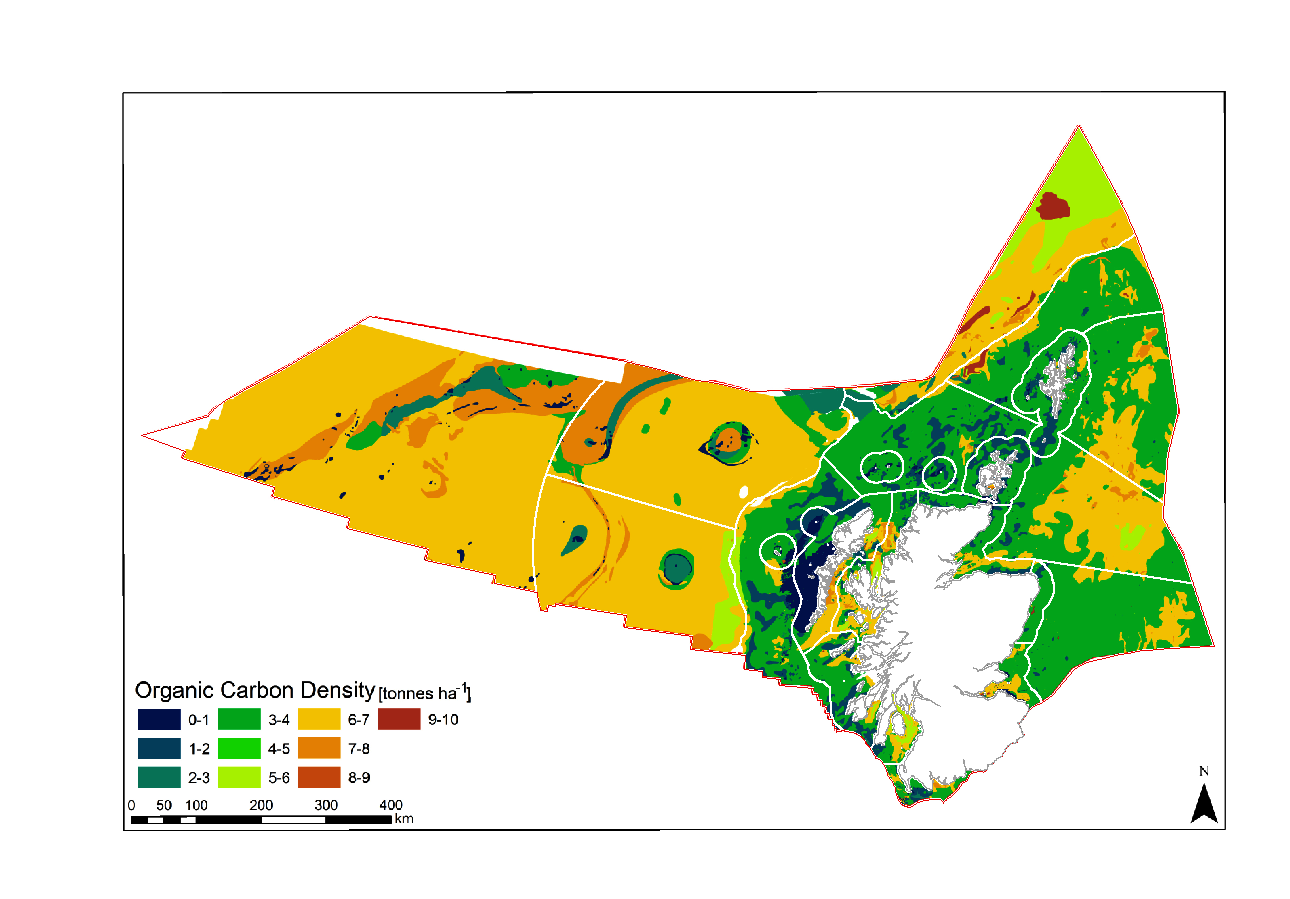