Changes in mean sea level (see also Sea level and tides assessment) are important with respect to coastal flooding and coastal erosion. Global mean sea level is influenced by the hydrological cycle, ice sheet extent, ocean-atmosphere interaction, and ocean properties and circulation. Local sea level change depends on a number of factors, including oceanic and atmospheric processes, local changes to the temperature and salinity of seawater and vertical land motion due to the uplift of land as the ice melted at the end of the last ice age (Glacial Isostatic Adjustment; GIA).

Observations from satellites and tide gauges along the coastline show that global sea level has risen by 3.2 mm per year between 1993 and 2010 (IPCC, 2014). This increase is due to ocean heat uptake (thermal expansion) and additional freshwater inputs from the melt of land-based ice (Pörtner et al., 2019).

After accounting for the local vertical land motions in the data, the relative sea level change due to climate warming in the UK was 1.4 mm per year (Horsburgh, Rennie & Palmer, 2020). Scientists estimate that atmospheric processes mainly contribute to year-on-year variations, while oceanic change causes sea level variability on decadal timescales (Horsburgh et al., 2020).

Sea level extremes are caused by a combination of high tide and severe weather. Storms around the UK cause a storm surge: an increase of up to 4 metres in water level due to a low-pressure atmospheric system. These extreme water levels can last hours to days, and can have significant impacts on livelihoods. There is strong evidence that the observed changes in sea level extremes around the UK are due to higher mean sea level, rather than an increase in storminess (Horsburgh et al., 2020). 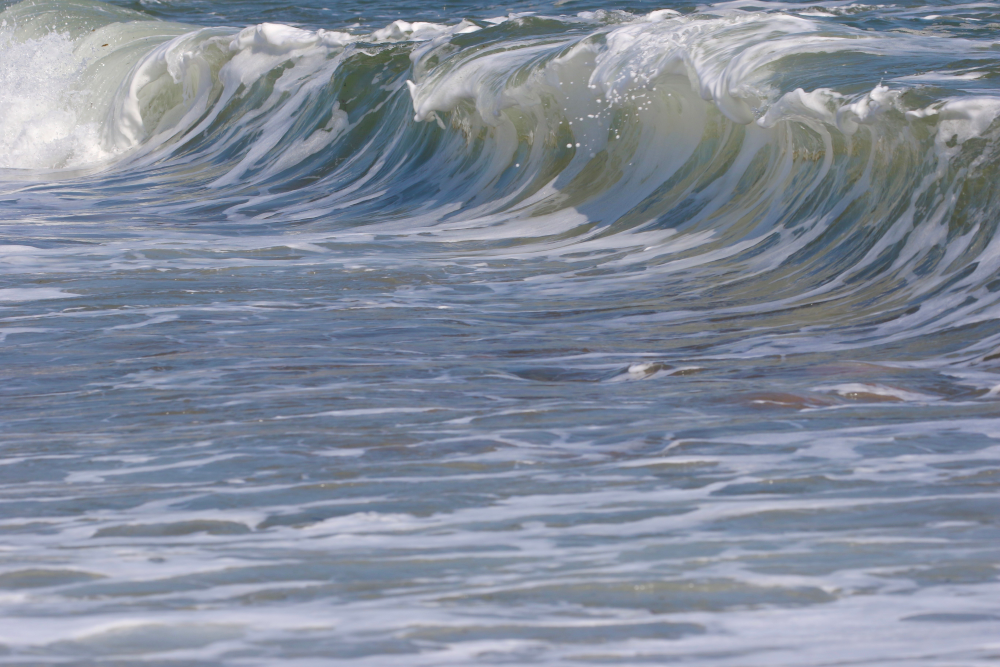 Local sea level change depends on oceanic and atmospheric processes, local changes to the temperature and salinity of seawater and vertical land motion due to the uplift of land as the ice melted at the end of the last ice age.

Predictions of future mean sea level used in the most recent UK Climate Projections (UKCP18) take into account a number of local processes in addition to global mean sea level rise. These include local oceanographic processes, GIA and the response of Earth's gravity field to land-based ice melt and changes in terrestrial water storage (Horsburgh et al., 2020; Palmer et al., 2018). This results in substantial spatial variations in projected sea-level rise around the UK coast, with central estimates generally lower than projected global mean sea level rise for Scotland (Figure 1; Horsburgh et al., 2020). Depending on the future greenhouse gas emissions scenario, different ranges are expected by the end of the 21st century: the Scotland-average sea level rise at 2100 is 67%, 72% and 76% of the global value, for a low, medium and high emissions scenario.

The most up-to-date regional sea level change projections were published by UKCP18 (Palmer et al., 2018). These data show that sea level change relative to the 1981 - 2010 mean sea level does vary around Scottish Marine Regions (SMRs) (Figure 1). To date, only a regional analysis of sea level rise impacts on the Clyde (Hansom et al., 2017), based on older projections (UKCP09) has been done. Within this study, a number of designated habitats, coastal communities and infrastructure within the Firth of Clyde are highlighted as at risk of sea-level rise induced flooding, now and in the future. The UKCP18 outputs currently provide the best estimates of regional climate change and should be further explored to establish impacts in each of the SMRs, as the local geography will determine the impacts.

Sea level extremes and coastal flooding are predicted to mainly be influenced by future mean sea level change, rather than any changes in storminess as already observed (Horsburgh et al., 2020; Palmer et al., 2018). Changes in sea level could also impact tides and the propagation of tidal waves. Studies suggest these changes would be small relative to mean sea level changes, although there could be local differences that enhance (or reduce) coastal flooding and coastal erosion (Horsburgh et al., 2020). 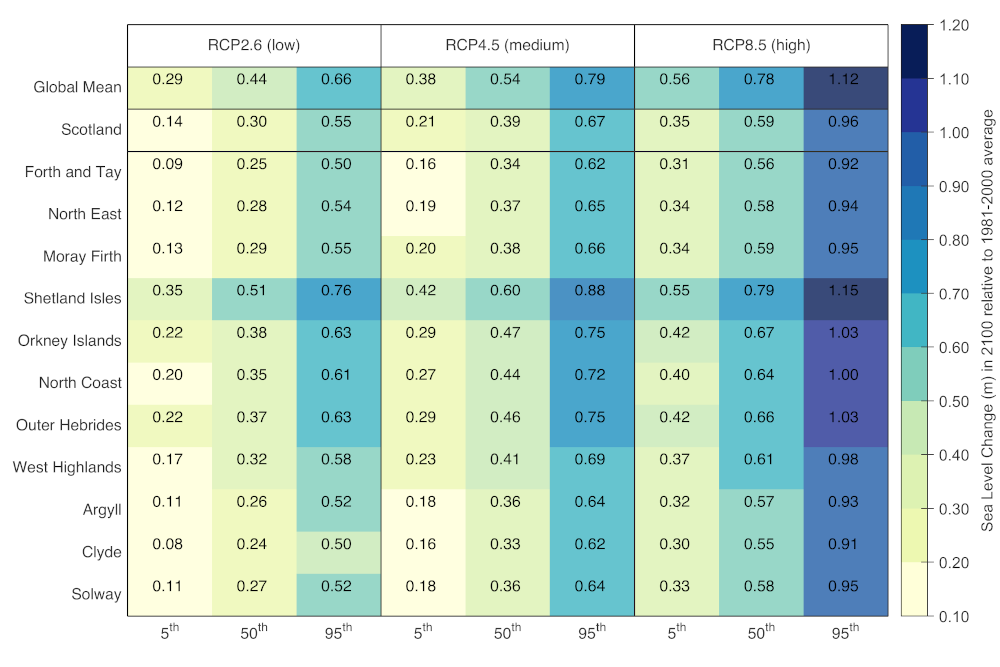 Figure 1: Range of sea level change (m) for Scottish Marine Regions, Scotland and globally in 2100 relative to 1981 - 2000 average for a low (RCP2.6; RCP = Representative Concentration Pathway), medium (RCP4.5) and high (RCP8.5) emissions scenario from UKCP18 (Palmer et al., 2018). Average relative sea-level rise has been calculated for each SMR and for Scotland. Ranges are shown as the 5th, 50th (i.e. median) and 95th percentile.