The Scottish Marine Protected Area (MPA) network, in 2018, covered approximately 22% of the seas around Scotland. This increased to 37% as a result of designations in 2020. A total of 230 sites are now subject to marine protection measures for nature conservation, protecting a broad range of habitats, species, geology and landforms. 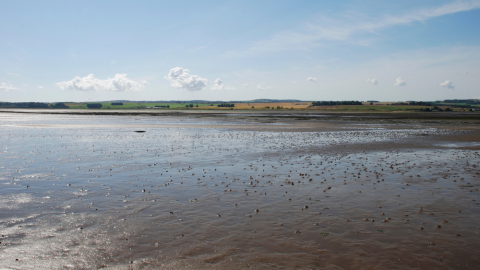 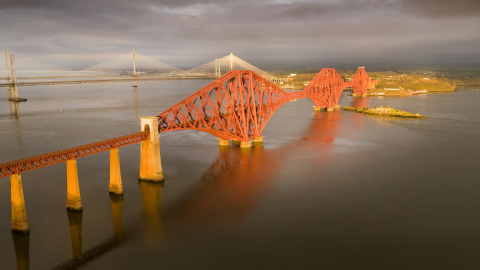 There is one Demonstration and Research MPA around Fair Isle. This was proposed by the community as a way of exploring collaborative management, better understanding the importance of seabirds and demonstrating the benefits the marine environment and MPAs can bring to communities.

Human activities have consequences, including the potential to reduce the availability of ecosystem services (or benefits that are gained) from the sea. In order to limit these consequences various management measures have been put in place to protect Scotland’s seas. For example, the OSPAR Commission has put in place a number of measures to reduce discharges by the offshore oil and gas industry. An EU ban on the presence of tributyltin (TBT)-based antifoulants on ships hulls in EU ports came into effect on 1 January 2008. Agreements covering the Total Allowable Catch for a range of fish species are negotiated on an annual basis. Licences are required to undertake specific activities such as the construction of offshore wind farms. Alongside these methods for managing and reducing the impact of human activities on Scotland’s seas, MPAs help protect habitats, species, geology and landforms and their associated functions at a more local scale, thus conserving nature and providing people with benefits. In Scotland this is achieved through the identification of habitats, species and geology and landforms that could make a contribution to the Scottish MPA network. The evidence in specific locations is then assessed against the Scottish MPA Selection Guidelines and subject to public consultation before a decision is taken by Ministers as to whether an MPA should be designated (Table 1).

An example of how the concept of ecosystem services is being incorporated into work on MPAs has been extracted from the Conservation and Management Advice (CMA) provided by NatureScot for Luce Bay and Sands (Figure 1), which has been designated as a Special Area of Conservation for a range of features including four marine habitats (see also Figure 2):

Luce Bay is situated in the south west tip of Scotland (Latitude: 54.75  Longitude: -4.75) and is a popular holiday destination. 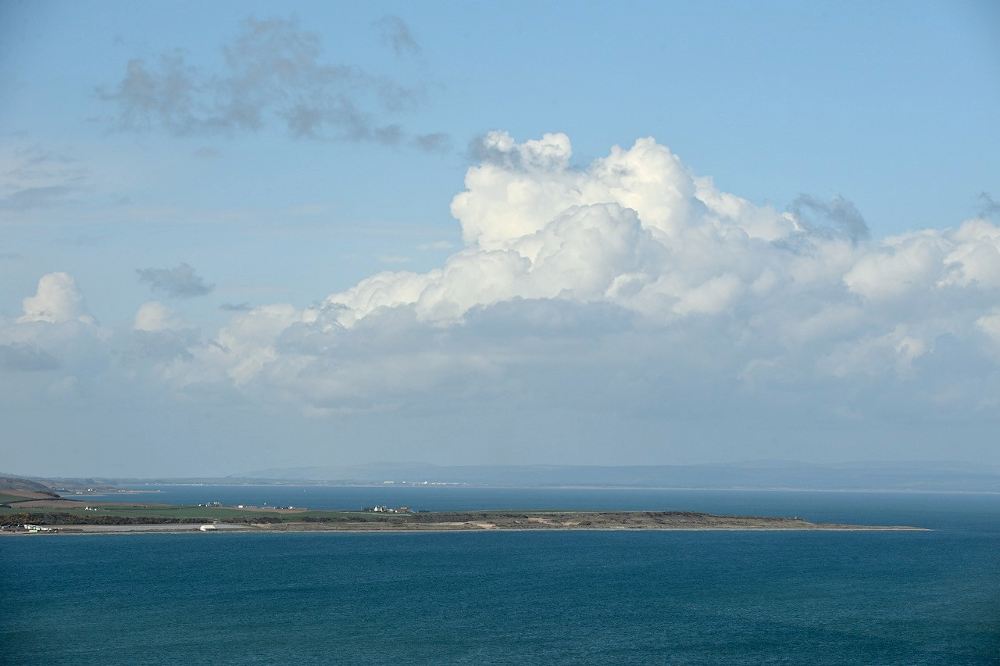 Protected features of MPAs contribute to natural resources and ultimately benefit people. As in the wider sea, there can be many complex interactions and dependencies amongst the protected features, their functions, associated natural resources and the benefits that can be gained from them. The advice for each MPA provides more information on how the protected features contribute to the functions, natural resources and wider benefits and ultimately provide benefits for people as exemplified for Luce Bay and Sands (Figure 2). Luce Bay and Sands is a broad, shallow embayment encompassing a variety of different substrate types which has resulted in the development of diverse marine habitats that support a variety of natural resources. The fish and shellfish (including juveniles), and seaweeds living within the MPA that can be harvested by humans or utilised by other marine species, are the most obvious resource, particularly whelk, scallop and lobster. The MPA supports wildlife including bird and mammal species, in particular otters and seals. Luce Bay is an area that benefits people locally via recreational fishing. It provides a location where people can engage in outside pursuits for health and wellbeing e.g. canoeing and walking, and is home to wildlife and habitats that can be watched, enjoyed and studied. It is a place where communities and visitors can spend time connecting with and enjoying nature. 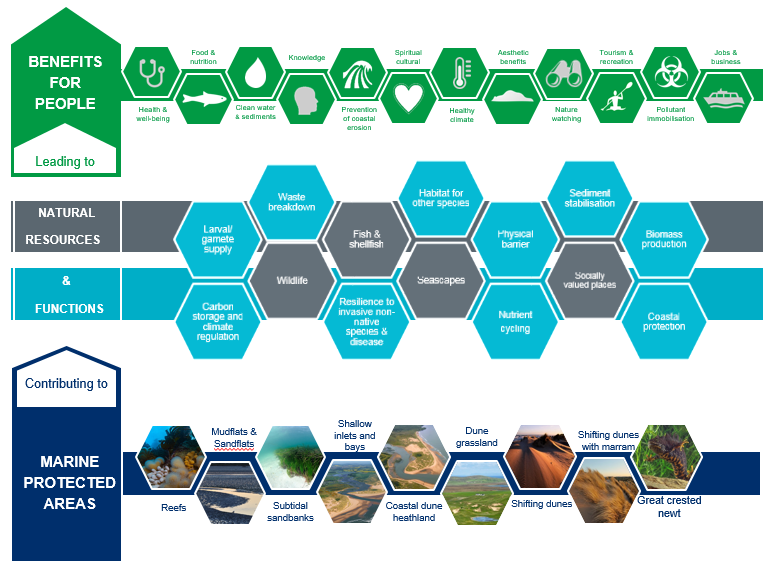 Figure 2: An illustration of the benefits to natural resources to people from Marine Protected Areas, in this case Luce Bay and Sands which has been designated as a Special Area of Conservation (SAC) for a range of features including four marine habitats: reefs, mudflats and sandflats, subtidal sandbanks and large shallow inlets and bays.  The protection of various features contributes to the maintenance of the natural resources and functions of the habitats.  This, in turn, leads to benefits for people.

The benefits that arise from individual MPAs are typically small in the context of the whole of Scotland, but some are of great importance for local communities, including those that rely on the sea for their livelihoods.

There is potential for the benefits to be enhanced, for individual MPAs and across the Scottish MPA network. This maximises the role of MPAs in sustaining Scotland’s long-term economic and social prosperity and well-being, alongside the environmental benefits they deliver. This may be achieved by improving the quantity or quality (condition) of the protected features themselves and/or through promoting, for example, more recreational enjoyment or use of natural resources that is compatible with a site’s Conservation Objectives.