Social attitudes to the sea

The vast majority (89%) of the Scottish public who took part in a Scottish Government commissioned survey1 have visited the Scottish sea or coast in the past year. 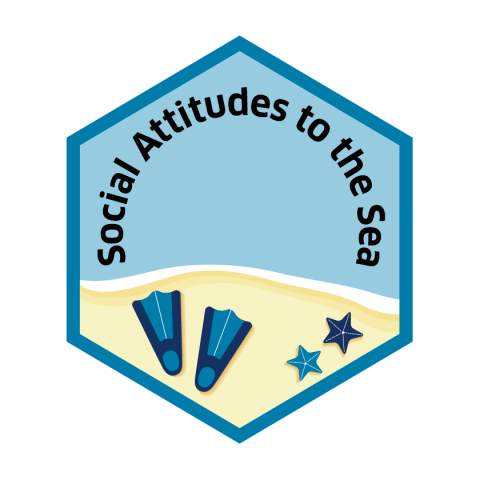 Those who live near the coast recognise they are ‘fortunate’ to have easier access to the marine environment for leisure and recreation.

Nearly half (48%) of the Scottish residents surveyed say they have learned about the Scottish marine environment from films or nature/wildlife documentaries.

In terms of economic value, coastal tourism / recreation / cruises are perceived to be important to Scotland, alongside transportation of goods / commercial shipping (both 82%).

Scottish residents are concerned that not enough is being done to protect the environment.

The majority of residents believe that it is the role of government and businesses to do more (82% and 84% respectively) to protect the environment.

1The Headline facts were taken from Marine Scotland Directorate (2020) Attitudes in Scotland on the Marine Environment and Marine Issues ISBN: 978-1-83960-543-7. Data were collected using an online questionnaire administered to a representative sample of Scottish residents and six focus group discussions with members of the public comprising of three different demographic groups: pre-family (18-30, no children), family (30-60, children under 16 living at home), and empty nesters (50+, no children / children left home). In all, 2,198 adults in Scotland took part in the survey which ran from 5 to 20 December 2018. The focus groups were held during February 2019 with 9-10 participants each.

People have an affinity with the sea. For some, such as those who make their living from the sea, it is their life. For others, the sea is somewhere to spend leisure time, be it wildlife watching (Figure 1), sailing (Figure 2), stand up paddle boarding (Figure 3) or taking a daily dip in the salty water. Others take time out to remove litter from beaches (Figures 4 and 5). Less, however, is known about the sea as a sink for the additional heat produced due to the increased concentration of atmospheric greenhouse gases or the fact that the phytoplankton in the ocean produce a significant amount of the planet’s oxygen. Many people are fascinated by the seabirds, whales and seals, but few have an equivalent fascination for the planktonic life forms or even many of the invertebrates that live on the shore and sea bed, although they are integral to the marine ecosystem (Figure 6). In considering how best to manage the human activities associated with the sea, appreciating the level of understanding that people have about the sea and its importance is now viewed as highly relevant. 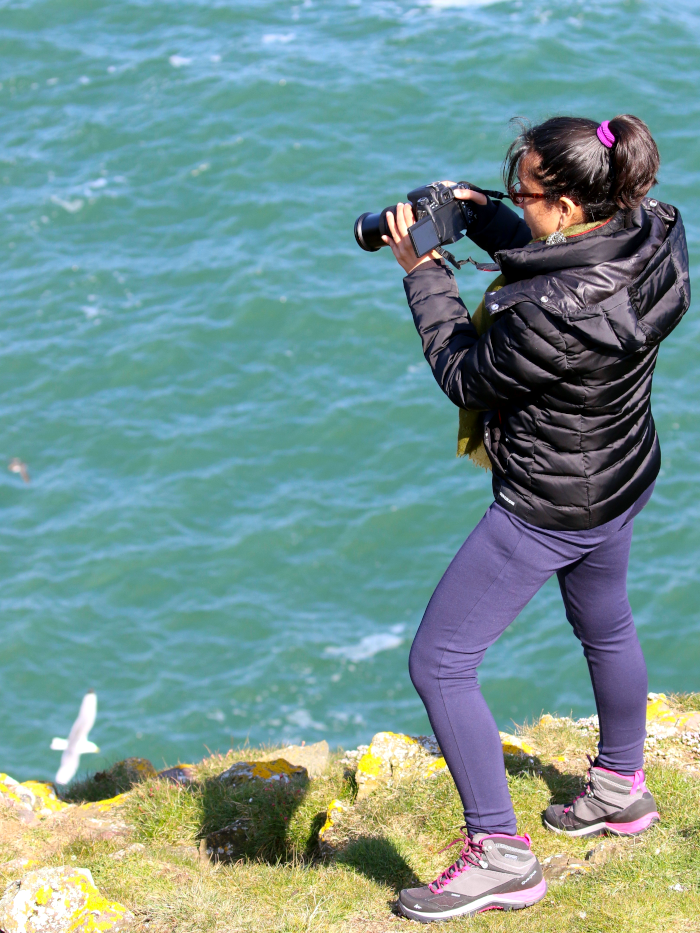 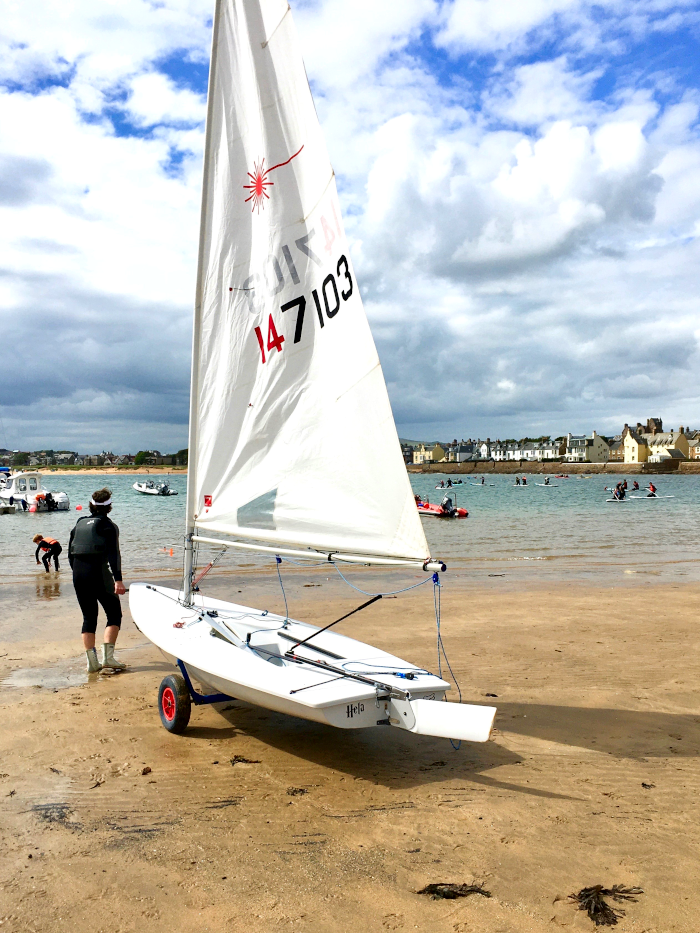 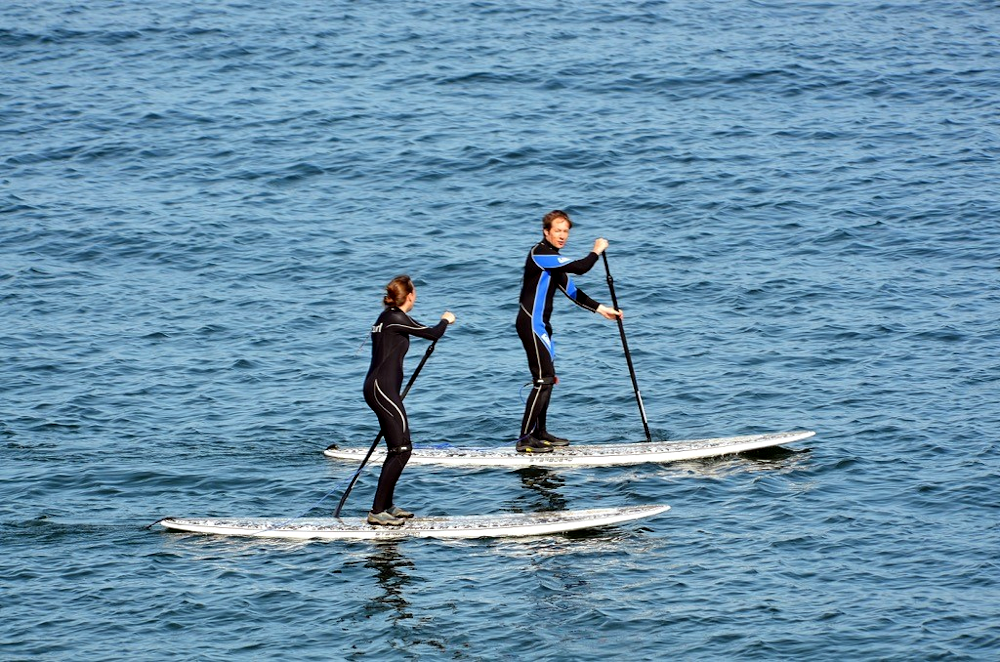 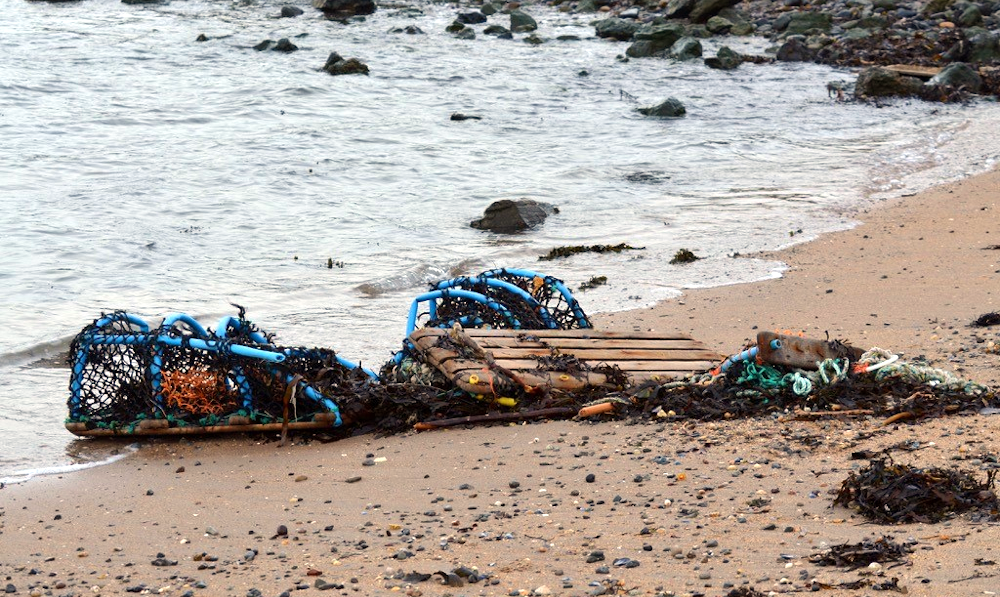 Figure 4: Litter continues to be a feature of many beaches. ©John Baxter. 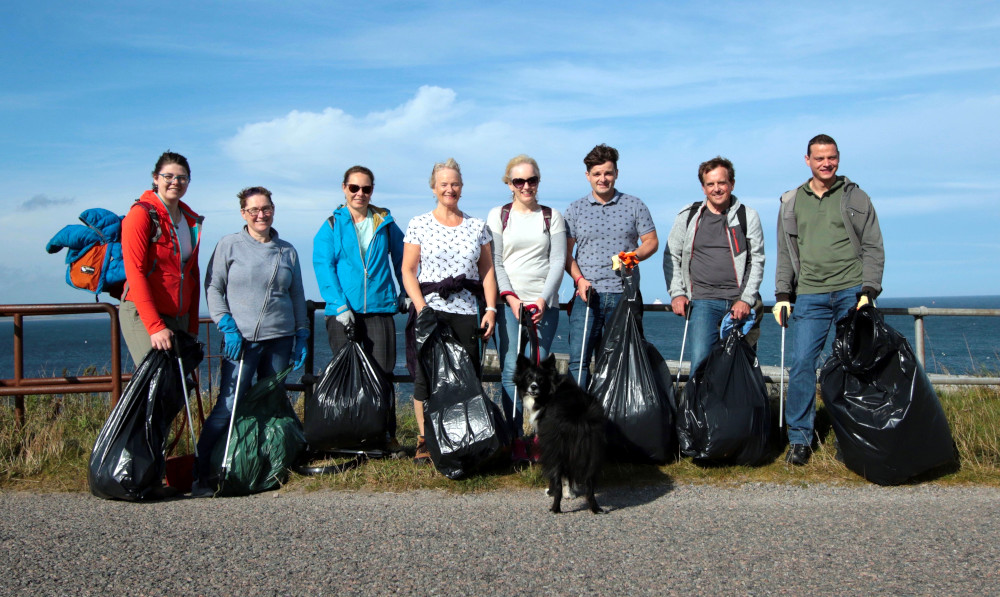 Figure 5: Litter picking of the coastal zone is undertaken by many people. © Colin Moffat. 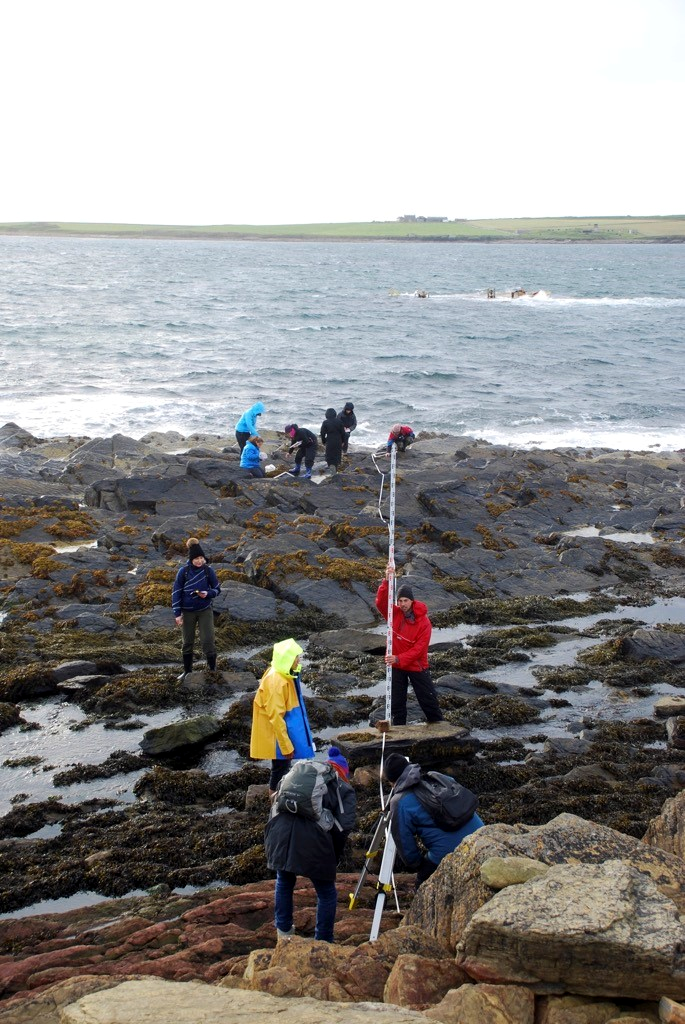 Figure 6: Students from Heriot Watt University undertaking a survey of a rocky habitat in Orkney.

Marine Scotland commissioned YouGov to carry out a Marine Social Attitudes Survey (see information on the survey presented below the ‘Headline facts’) to collect and analyse data on the attitudes and behaviours of Scottish residents on the marine environment, including:

The survey findings (based on the specific questions) suggest there is an opportunity to:

This snapshot clearly illustrates that Scottish residents continue to have an affinity with the seas around Scotland but are not that aware of the benefits that Scotland obtains from the sea in terms of limiting the effects of climate change. That said, in terms of economic value, activities including coastal tourism and recreation are perceived to be important as are transportation of goods and commercial shipping.

Over one third (37%) of respondents had not heard of Marine Protected Areas, suggesting that greater engagement by the Scottish organisations who implement such management measures with the public would be beneficial.

The issues highlighted by the study are not unique to Scotland. The United Nations, conscious of the importance of the ocean for delivery of the Sustainable Development Goals, have declared an Ocean Decade of Marine Science for Sustainable Development (2021 – 2030). Currently in the preparatory phase of the Ocean Decade, seven societal outcomes have been established. These are, that by 2030, there will be:

A process is underway to deliver these outcomes with the clear objective of assisting in delivery of the UN Sustainable Development Goals (SDGs). Version 2.0 of the Implementation Plan was submitted by the United Nations Educational, Scientific and Cultural Organization’s (UNESCO) Intergovernmental Oceanographic Commission (IOC) to the 75th session of the UN General Assembly (UNGA), in September 2020. Scotland is committed to the delivery of the UN SDGs. As such, Scotland is actively contributing to the Ocean Decade process and will be developing projects for endorsement as Ocean Decade projects. The societal outcomes covering a clean ocean, a healthy ocean, a productive ocean and a predicted ocean (this relates to measurement of physical characteristics of the ocean) are very much in line with the vision that Scotland has for the seas. Achieving such a change requires a multi-step, iterative process that will embrace innovation and creativity, as well as deliver improved capability and greater ocean literacy. In this context, an ocean literate person:

By engaging with the public in a variety of ways (Figure 7) and providing multiple opportunities, it is intended that, across Scotland, there will be a greater awareness of the value of the ocean. There is a need to capitalise on the findings of the Scottish Government survey, specifically that there is a real desire among members of the public to learn more about the seas around Scotland.

The Ocean Decade is embracing a participative and transformative process so that scientists, policy-makers, managers, and service users can work together to ensure that ocean science delivers greater benefits for both the ocean ecosystem and for society. 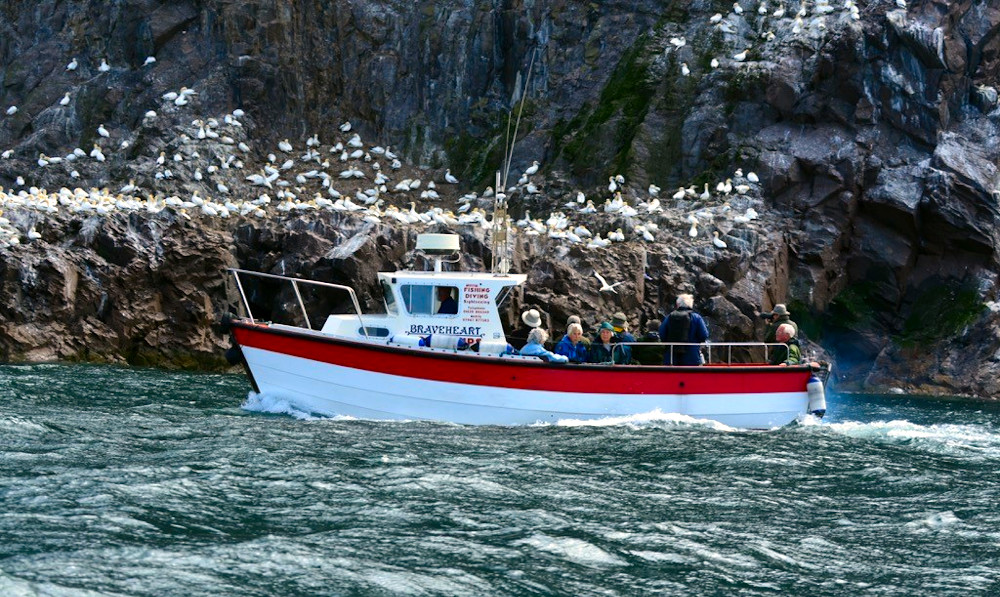 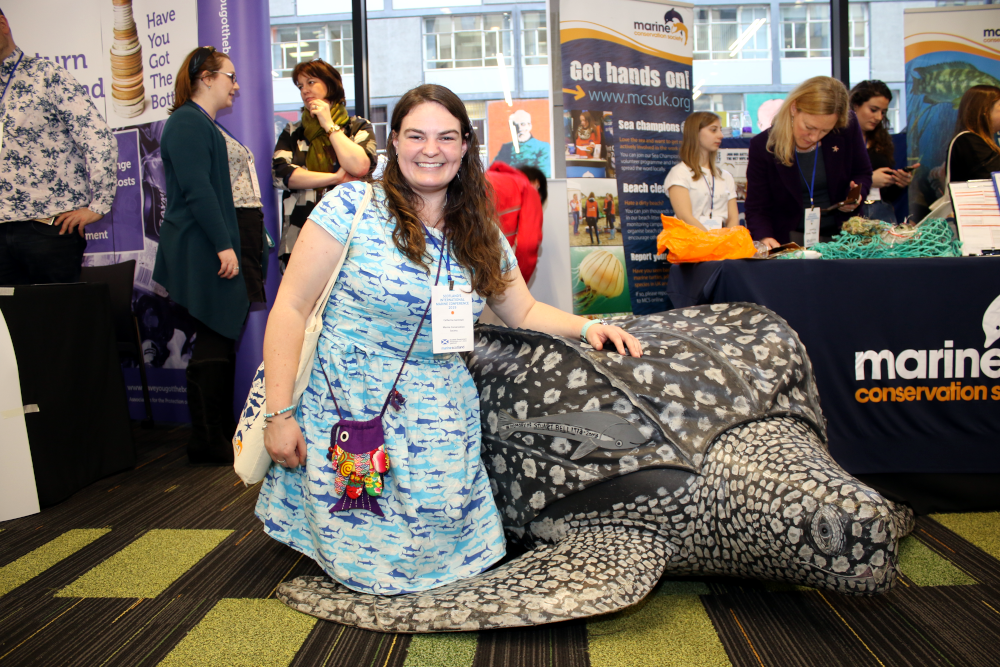 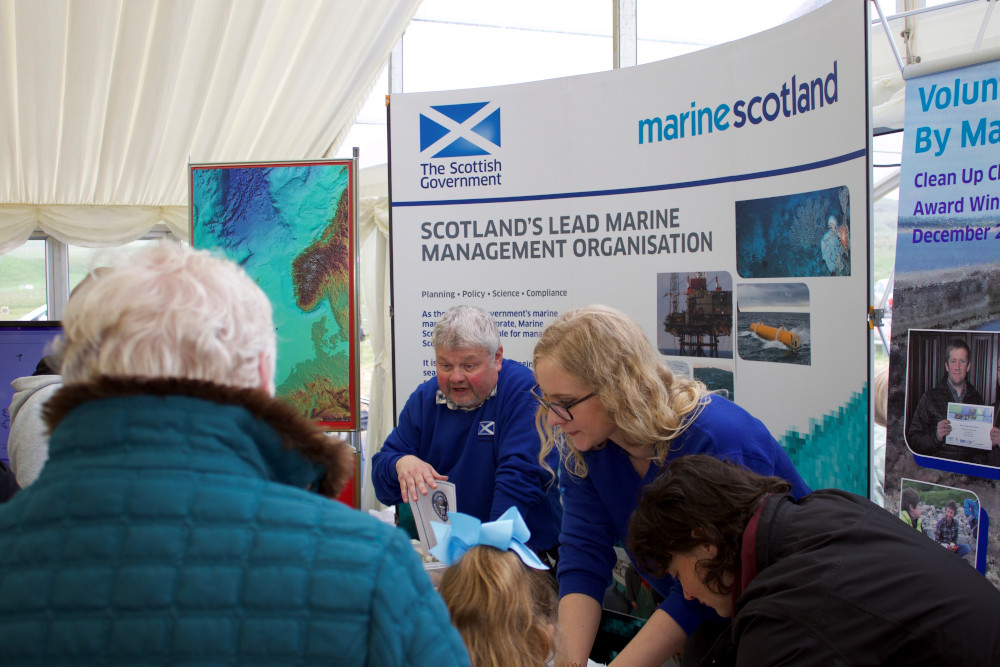 Figure 7: Giving people the opportunity to find out about the marine environment is critical if there is to be an increase in ocean literacy.