The physical and chemical marine environment and climate change

Scotland’s sea loch sediments per unit area are the most effective store of total carbon (organic and inorganic), more than any other Scottish carbon store on land or at sea. 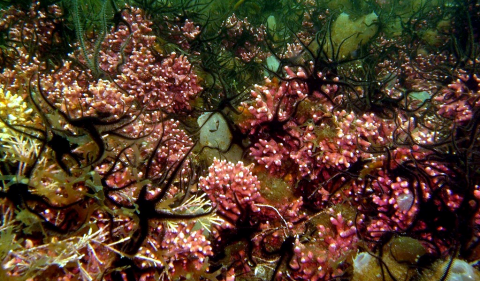 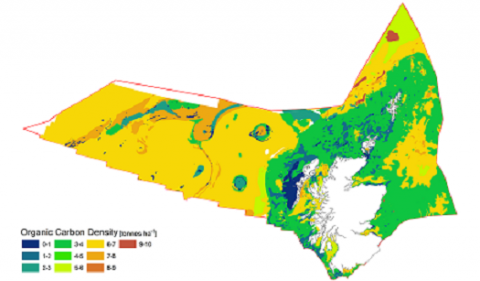 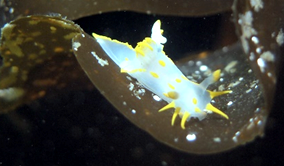 If the concentration of atmospheric CO2 continues to increase at the current rate, the ocean will become more corrosive to the shells of many marine organisms than has been detected with the limited change in pH observed to date as, for example, has been observed at the Stonehaven monitoring site. 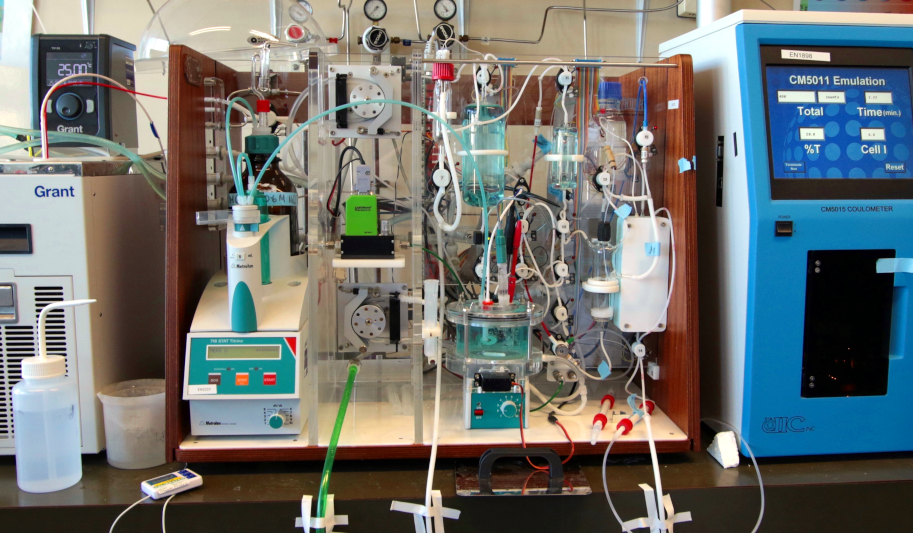 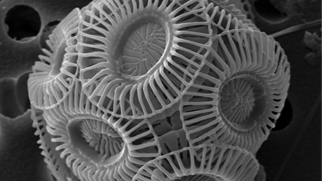 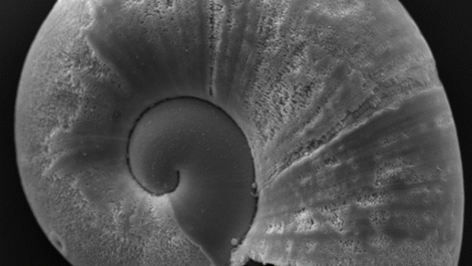 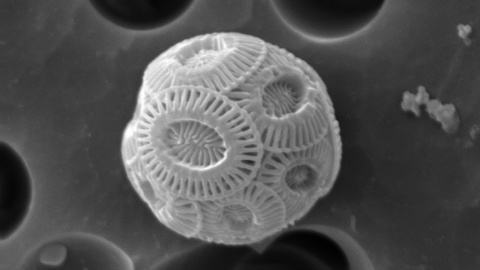 Time series show a decline in the oxygen concentration since 1990 in the stratified regions of the North Sea. 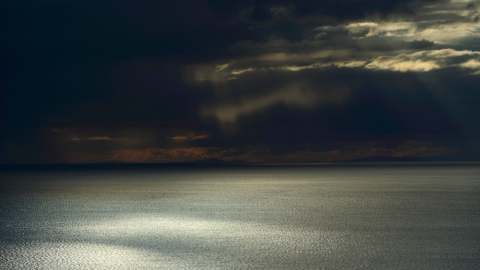 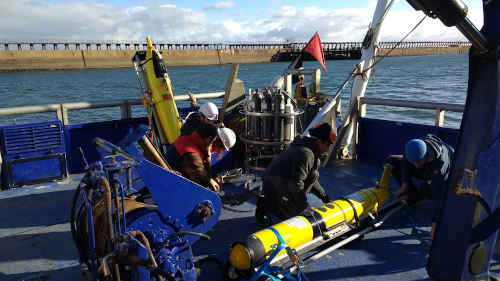 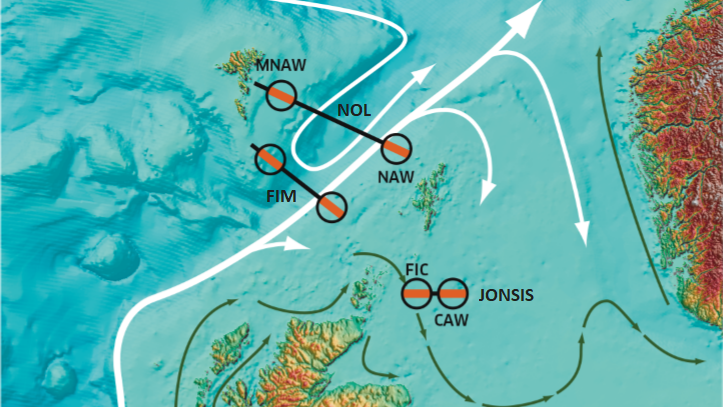 The physical and chemical characteristics of the marine environment underpin the viability, distribution and functioning of species and habitats, and therefore the ecosystem services to which they contribute. To understand changes in ecosystem services, it is essential to understand not only the broad-scale patterns and trends in the marine environment, but also any localised or natural short-term variability. The natural variations and changes in the ocean can be significant. The great salinity anomaly in the North Atlantic in the 1960s to early 1970s is such an example. This was likely associated with sea ice extent in the Arctic. However, such alterations are now compounded by those resulting from anthropogenically-forced climate change resulting from the increased concentrations of greenhouse gases, specifically carbon dioxide, methane, nitrous oxide and halogenated hydrocarbons, in the atmosphere. These emission have resulted in changes to sea surface temperature. The warming trend in Scottish water during the last 30 years (1988 - 2017) is about 0.2°C per decade, while northwards from the region of the Faroe-Shetland Channel trends are reaching 0.4°C per decade. Furthermore, mean sea level around the coast of Scotland is increasing in all marine regions, with the largest changes in the last 30 years observed at Stornoway, Kinlochbervie and Lerwick. The increase in atmospheric carbon dioxide concentration also changes the pH of the sea. At the Stonehaven monitoring site (north-east Scotland), the seasonal range in pH can be as high as 0.3 pH units. However, no significant trend has been observed due to the limited length of the time-series.

Large/global-scale shifts in water temperature, oxygenation and salinity associated with climate change will alter the distribution and range of many species with wide ranging food-web consequences. For example, communities of bottom-living fishes in Scottish waters have shifted towards a dominance by warm-water species (e.g. lesser-spotted dogfish, hake, horse mackerel) and away from cold-water ones (e.g. Atlantic cod, Atlantic herring, sprat) as the climate has warmed. Evidence from different fish species suggests climate change is having an impact on the timing of spawning, hatching and migration. For example, in Scottish waters the earlier development of cod reproductive organs (gonads) and the delay of those in sandeel (Ammodytes marinus) have been observed.

The ocean acidification highlighted above is expected to especially affect the ability of animals with carbonate shells (shellfish) to grow, reproduce and survive, posing a potentially significant challenge to the Scottish shellfish industry. It is already known that the larval stages of many species are being compromised.

Changes in water circulation patterns (currents) will influence the movement of planktonic organisms and sediment, including the larvae and gametes of many species. Changes in the transport (direction of, and locations of sources and sinks) of larvae and gametes will have a profound effect on the distribution and abundance of many marine species. There is evidence in Scottish seas of trophic mismatch, due to temperature changes, such that the predator and associated prey are no longer in the same place at the same time. This has the potential to result in significant foodweb disruption.

Climate change also has more localised consequences for marine life and the services it provides. For example, extreme storm events may damage seabed habitats. Some habitats will recover quickly from a significant event whereas others may recover very slowly. Sea-level rise and wave climate changes will affect coastal erosion. National assessments predict that coastal erosion and coastal flooding will be enhanced in the future. Sea-level rise may affect current seal haul-out sites around Scotland, with some critical habitat, such as the Monach Isles (home to the largest grey seal colony in the eastern Atlantic) disappearing underwater in future. Furthermore, low lying machairs (Figure 1) will be at risk from rising sea level. However, it is unlikely this will happen at a rate that would prevent an adaptive shift in distribution to new haul-out sites, and other habitat could be created.

Most of the machair at Cille Pheadair in South Uist, was at the bottom of an inland loch 250 years ago. Hundreds of years before that, it was tidal sandflats. Following drainage, it became machair, but most of the area lies below the level of mean highwater springs (MHWS), and is situated behind a gap in the dune ridge Cill. The view is of the machair taken from the dunes above the beach, which are very narrow and low at this point. Note the fact that the machair slopes downwards from an already low dune edge. © Stewart Angus, NatureScot.

As the trajectories for deoxygenation, temperature rise and acidification continue to increase the pressure on marine systems, there is a very strong probability that some habitats will become extinct within localised areas. Maerl beds, for example, are extremely slow-growing and as a result have a very low recovery potential. However, they provide many benefits to people through carbon storage and supporting biodiversity (including commercially important species). Models predicts large-scale spatial declines in distribution of maerl beds around Scotland under all IPCC Representative Concentration Pathways, ranging from 38% decline under the “low emission scenario” up to 84% decline under the “high emission scenario”, with the most rapid rate of decline up to 2050. However, the healthier and more abundant these habitats are, the greater will be their capacity to adapt to the changing conditions and continue providing benefits to people and nature.

As highlighted above, sea-level rise is occurring at different rates around Scotland (most quickly in the Western Isles and Northern Isles). These differences can be attributed to differences in the isostatic uplift of the landmass (Horsburgh et al., 2020). In places where intertidal habitats are unable to adapt quickly enough to allow them respond to the changes associated with sea-level rise, the benefits received from them should be expected to decline or even be lost (SCCAP, 2014). Enabling coastal areas to adjust to new sea levels (e.g. by removing artificial sea defences) can help with the adaptation to climate change. Infrastructure and communities at the coast can be vulnerable to coastal erosion and storm surges. While the construction of artificial defences is tempting, there are many natural features that provide nature-based solutions. One example is the role that healthy reefs, kelp beds, sandbanks and sediment play in reducing wave energy (Hansom et al., 2017). Avoiding loss or damage resulting from human activities to these habitats and associated sediment processes will increase resilience and help protect coasts and infrastructure (Hansom et al., 2020).