Aquaculture is an important part of the Scottish economy, particularly in the more rural communities of the west coast, western and northern isles. In 2017, aquaculture generated £354 million in Gross Value Added (see Aquaculture assessment). Although warmer waters will mean faster production rates, there will also possibly be more challenges for the industry due to diseases, parasites, harmful algal blooms (HABs), ocean acidification and sea-level rise.

Currently, no clear impacts due to climate change have been established for aquaculture of finfish or shellfish (Collins et al., 2020). A recent study by Moriarty et al. (2020) linked losses in Scottish farmed salmon production to winter minimum air temperature and biomass. Milder winters and increased biomass are predicted to increase mortality, which the aquaculture sector would need to manage. Emerging gill diseases in farmed finfish and the establishment of Pacific oysters (Crassostrea gigas) in the natural environment have both been linked to warming temperatures (Collins et al., 2020).

Under future climate change scenarios, the aquaculture industry will face a number of challenges. A major concern is increased occurrence of pathogens and parasites (such as sea lice and gill disease), particularly when animals are subject to a combination of stresses (temperature, ocean acidification, lower dissolved oxygen; Collins et al., 2020). The full impacts of these changes under future climate scenarios has not fully been established. Research of US shellfish aquaculture (Ekstrom et al., 2015) has shown ocean acidification to affect shellfish aquaculture and the coastal communities that rely on this sector. 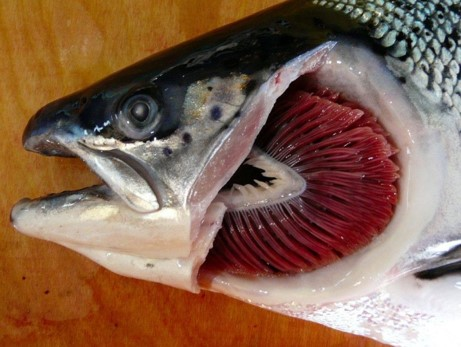 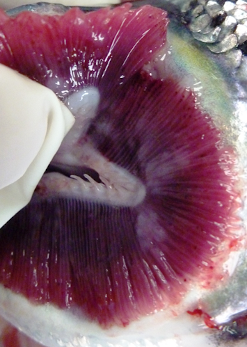 Figure 1: The impact of gill disease has been linked to warmer water temperatures. The difference between normal (left picture) and abnormal (right picture) gills are clearly apparent.

Extreme weather events and sea-level rise may also have an impact on the industry’s productivity. However, the aquaculture industry may be able to mitigate for some of these impacts through adaptation of new farm management practices, technologies and treatments (Collins et al., 2020).