Since Scotland’s Marine Atlas in 2011 there has been a step change in the way in which Priority Marine Features (PMFs) are recognised and used. The list was formally adopted by Scottish Ministers in 2014 and PMFs were included in National Marine Plan policy in 2015. There is also much more information available to support their use in practice – from guidance on taking PMFs into account in relation to licence applications, to the results of new surveys that have increased the evidence available about PMFs, and inclusion of these data on MS Maps NMPi so that they can easily be accessed and used by decision-makers and other stakeholders. Between now and the next assessment of the status of Scotland’s seas it is expected that the gaps in knowledge of PMFs will be addressed, for example in the distribution of habitats outside the MPA network. This will help underpin future assessments of status, and also of the effectiveness of any management measures for some of the most sensitive marine life, such as biogenic habitats.

In Scotland’s Marine Atlas (Baxter et al., 2011), there was a lot of focus on the developing Priority Marine Feature list describing the different habitats and species and providing maps of their distribution. The list itself was developed from a collation of all the different habitats and species that were already recognised as being of conservation importance under various pieces of legislation and agreements, some national and some international. To identify which were priorities from a Scottish perspective, the habitats and species were assessed against criteria relating to their proportional importance (i.e. how important Scotland was for a particular habitat or species), whether they were considered to be in decline or under threat of decline and the functional role they played in Scotland’s seas.

Following a public consultation, in 2014 Scottish Ministers formally adopted a list of 81 PMFs (Tables 1 and 2). The list includes habitats found in all parts of Scotland’s seas from the intertidal to the deep sea. The species listed are equally varied including molluscs, cnidarians, crustaceans, echinoderms, bony fish, elasmobranchs and marine mammals. The list is based on advice from the Joint Nature Conservation Committee and NatureScot (as statutory nature conservation advisers) and is intended to help guide conservation action in Scotland’s seas and help achieve Marine Scotland’s vision for healthy and biologically diverse seas. Since the list was adopted it has been used to focus future conservation action and marine planning, direct research and promote a consistent approach to marine nature conservation advice.

What are PMFs and how is the list being used? 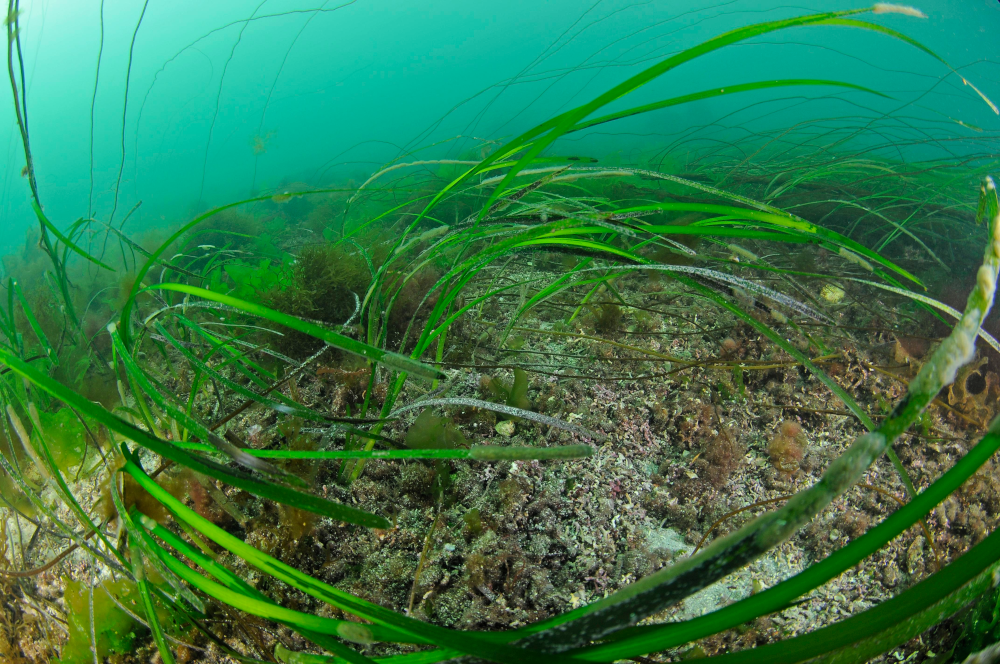 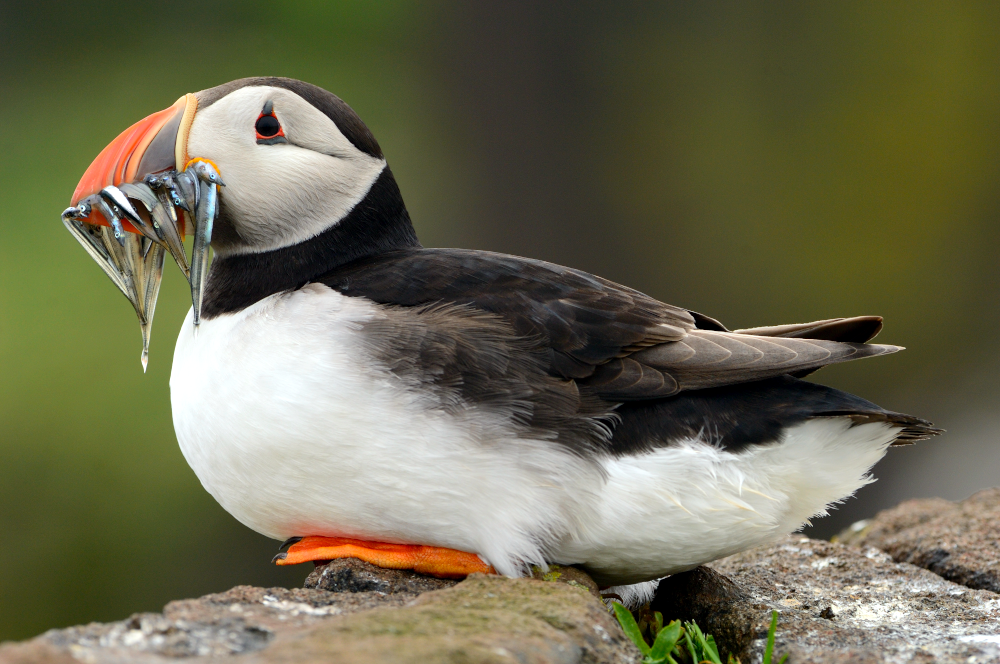 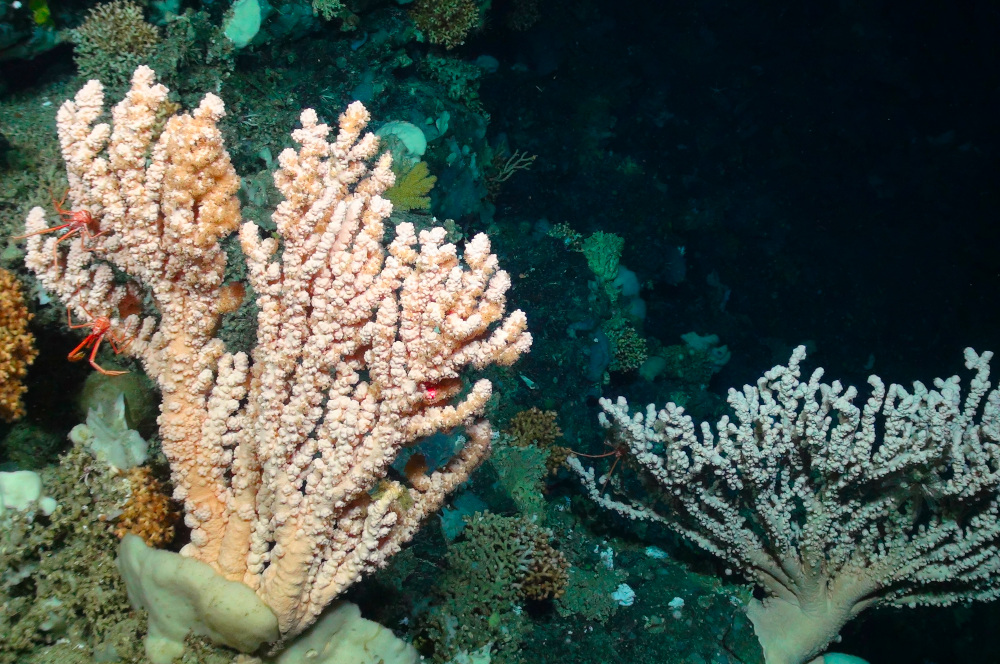 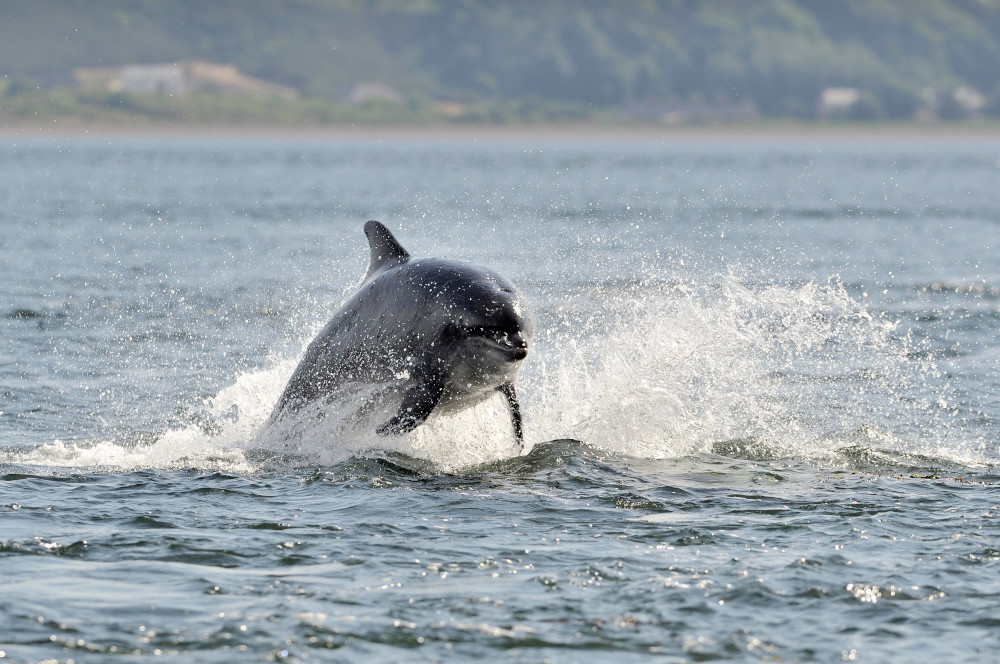 The PMF list includes a range of habitats and species that have been identified as being of conservation importance in Scotland, the UK, the North-east Atlantic and globally. For example, burrowed mud, seagrass beds, maerl beds, coral gardens and deep sea sponge aggregations are all included on the OSPAR list of Threatened and Declining Habitats and Species. Equally, basking sharks, all the whales, dolphins and porpoise that are listed, and otters are protected by Schedule 5 of the Wildlife and Countryside Act 1981 (as amended). Other species are recognised on the International Union for Conservation of Nature and Natural Resources IUCN red list as endangered or critically endangered e.g. eels, Atlantic halibut, common skate and fin whales. Having one prioritised list enables clarity about the priorities for action, reflecting priorities in Scotland including the international conservation commitments.

In 2015, the National Marine Plan (NMP) was adopted and recognised that marine planning could contribute to improvement in the status of ‘PMFs and their associated habitats, species and ecosystems’. In addition to protected areas, protected species and health of the marine area, General Policy 9 states that ‘Development and use of the marine environment must…not result in significant impact on the national status of Priority Marine Features’. There is further description of expectations around decision-making, including‘Where planned developments or use have potential to impact PMFs, mitigation, including alternative locations, should be considered. Actions should be taken to enhance the status of PMFs where appropriate.’

To support implementation of this policy, in 2016 NatureScot published guidance for its own staff to help ensure a consistent approach to providing advice on PMFs in response to applications for proposed developments. This advice is available on the NatureScot website together with supporting checklists, flowcharts and other relevant information, for example, the PMF catalogue which provides one-page summaries for each of the PMFs. JNCC also considers the impact of proposed developments on the conservation status  (including e.g. level of protection, abundance, whether a feature is threatened/declining) of PMFs in providing advice to regulators.

Most of the assessments and case studies in the Healthy and biologically diverse section of the SMA 2020 relate to specific PMFs (or groups of them). They cover, for example, work on deep sea vulnerable marine ecosystems, an assessment of intertidal seagrass, and work on the Scottish Marine Animal Strandings Scheme.

Note: In any place on the shore or seabed, a suite of species will occur, each adapted to the particular environmental conditions of that place, such as the conditions of an intertidal mudflat. Where such a suite of species occurs in other locations under similar environmental conditions, it can be defined as a community (or association or assemblage) of species which is occurring within a particular habitat type. The collective term biotope is now in common usage to encompass both biotic and abiotic elements.

Improving the evidence base 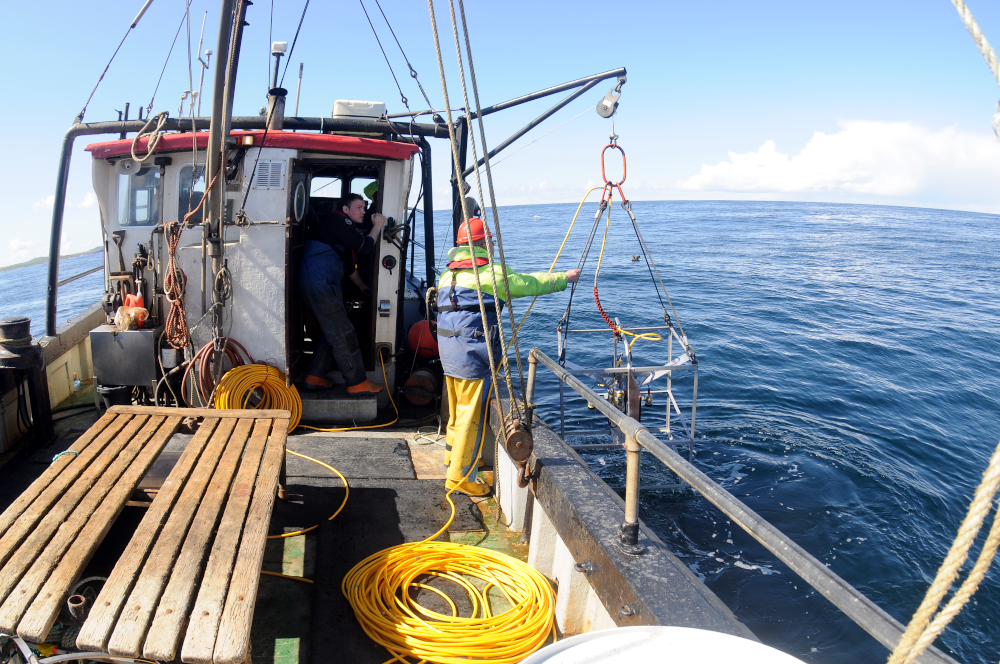 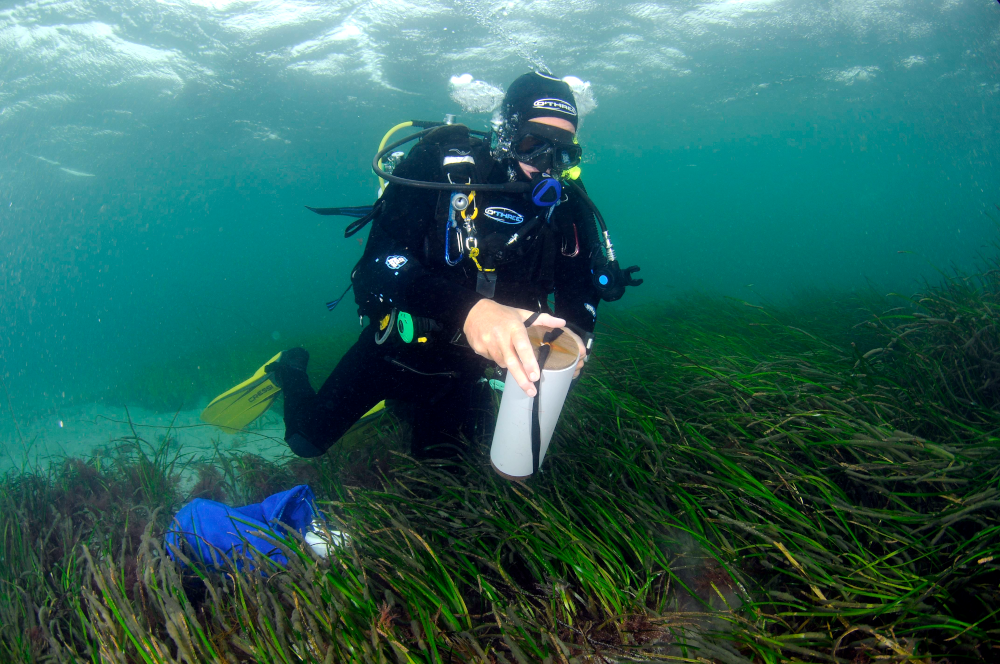 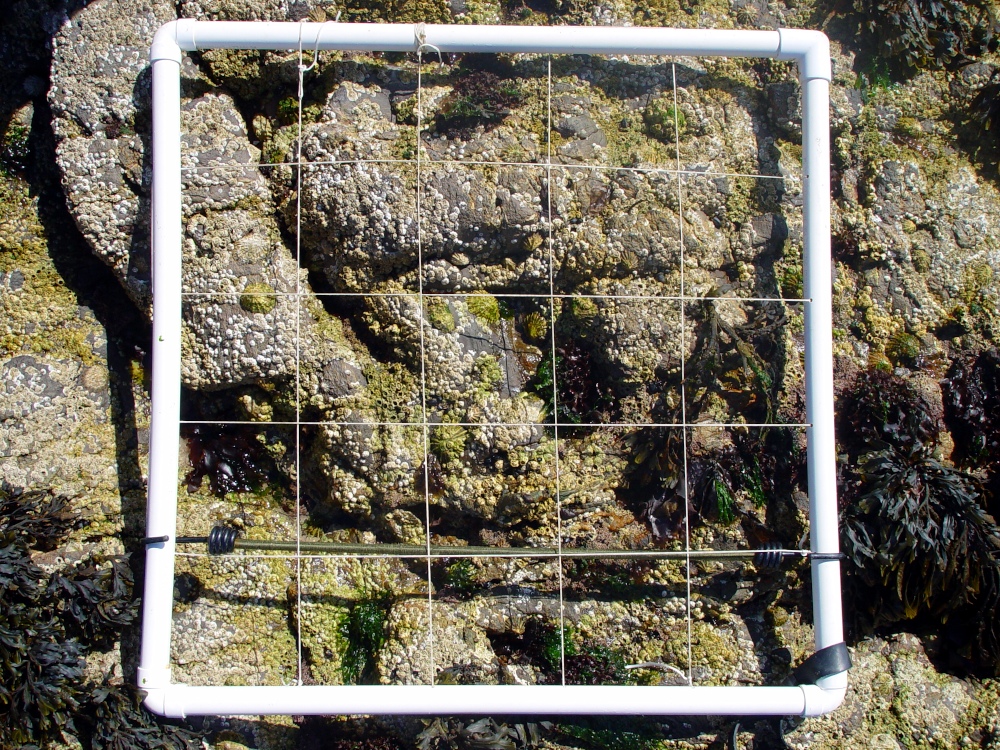 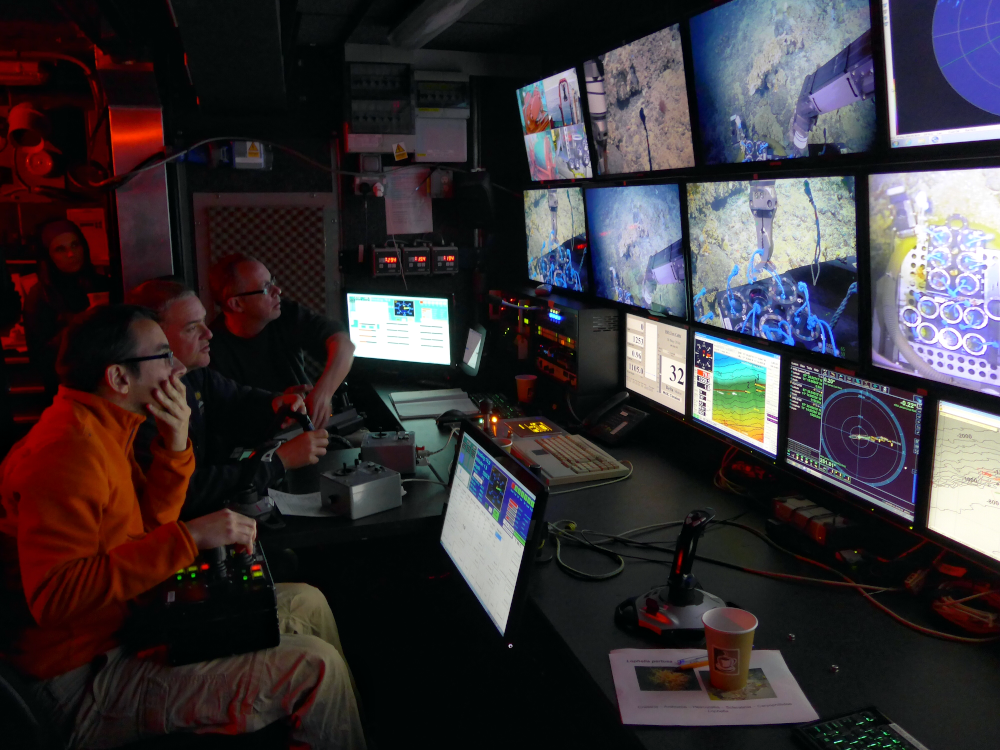 The evidence on PMFs in Scotland’s seas has also improved. Since Scotland’s Marine Atlas was published in 2011, there have been numerous surveys aimed at improving understanding of the distribution, abundance and status of PMFs. These have been undertaken by Marine Scotland Science, NatureScot and JNCC, as well as by other organisations, industry, and local communities and groups. A specific case study on the improved understanding of PMFs in the deep-waters around Scotland has been produced: see deep sea vulnerable marine ecosystems. Between 2017 and 2019, work was also carried out through the European Marine Fisheries Fund Project: Engaging the Fishing Industry in Marine Environmental Survey and Monitoring. Both recreational divers and commercial scallop divers have been highlighting potential new records of some previously under-reported PMFs. Some of these locations have subsequently been investigated using drop-down camera systems, confirming new records of flame shell beds and aggregations of flapper skate egg cases. As well as more routine survey and monitoring, there has been more novel research, for example, trying to understand more about connectivity between seabed habitats within the Scottish Marine Protected Area (MPA) network (Millar et al., 2019) and genetic studies to consider the connectedness of deep-sea ecosystems to the west of Scotland (Deep Links Project, 2016). Since 2015, PMF data from NatureScot’s Geodatabase of Marine Features in Scotland (GeMS) has been made available in Marine Scotland’s Maps (NMPi) National Marine Plan interactive. JNCC contribute data to GeMS periodically to best ensure it represents a full picture of the distribution of PMFs across Scotland’s seas. The GeMS dataset is routinely updated and is also available to download in a GIS format from NatureScot’s Natural Spaces web portal.

Marine Scotland is currently leading a programme of work aimed at improving the protection given to PMFs outside the MPA network. As described above, since 2015 when the NMP policy was introduced, decision-makers have been taking into account the need to avoid significant impacts on the national status of PMFs in relation to proposed developments. The current work is focused on applying this policy to towed bottom-contacting fishing and the 11 PMF habitats that are most sensitive to this activity: blue mussel beds, cold water coral reefs, fan mussel aggregations, flame shell beds, forse mussel beds, maerl beds, maerl or coarse shell gravel with burrowing sea cucumbers, native oysters, northern sea fan and sponge communities, seagrass beds and serpulid aggregations. Following a scoping consultation in 2018, further work is being undertaken to develop options for management.  Discussions are in progress between Marine Scotland, NatureScot, fishing industry and other data holders to develop these options into a set of management measures for further consultation. It is also likely that in the next couple of years the PMF list will be reviewed, the main focus of which will be to consider whether and which species of birds should be added to the list.

The full list of PMFs includes details of the biotopes associated with each of the habitats, and clarifies whether a feature is a PMF in territorial waters, offshore waters or both. Available on NatureScot web site.

A catalogue providing a one-page summary for each PMF, showing the distribution and providing a description. Available on NatureScot web site

The most up-to-date spatial data on PMFs are available as part of the Healthy and Biologically Diverse layers on MS Maps NMPi.