Distributional shifts in commercial fish species have already affected the industry. These distributional changes have occurred across management areas, challenging the current assumptions underlying management models (Pinnegar, Wright, Maltby, & Garrett, 2020). It is difficult to attribute these observed changes in the distribution and productivity of fish species to human-induced climate change, as other factors are also known to influence fish populations. These include fishing pressure, habitat modification and natural climate variability with shorter cycles (Pinnegar et al., 2020).

One of the most high-profile changes of a fish species’ distribution in recent years is that of Atlantic mackerel. Since the mid-2000s, changes in mackerel distribution (Figure 1) has caused tension between the EU, Faroe Islands, Iceland and Norway. In 2006, the species was observed in significant numbers east of Iceland, with a subsequent targeted fishery establishing here (Pinnegar et al., 2020). This distributional shift had several underlying factors, but warmer sea surface temperatures are considered one of them. 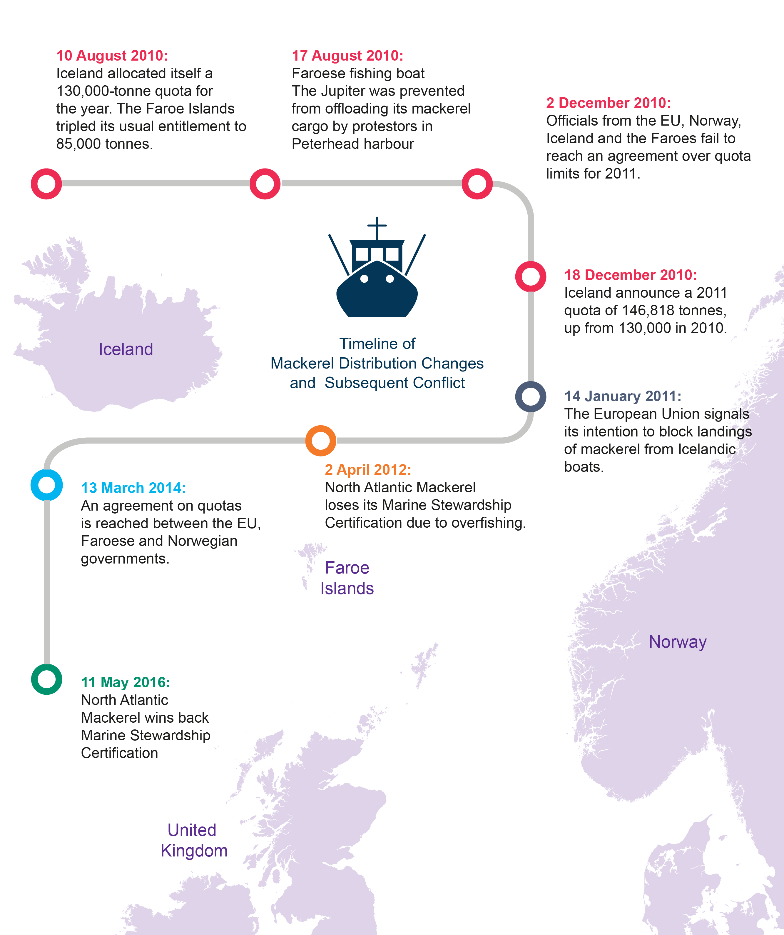 Figure 1: Summary of key events during the international conflict as a consequence of the mackerel distribution changes in the mid-2000s (adapted from Davies, 2018).

The increased frequency of Atlantic bluefin tuna (Thunnus thynnus) has also been linked to change in ocean climate (Pinnegar et al., 2020). However, there is currently no commercial fishery for this species in UK waters.

Changes in stock recruitment for several commercial species (cod, plaice and herring) have also been linked to the impacts of climate change on ocean climate (temperature and salinity) and on lower trophic levels (phyto- and zooplankton; Pinnegar et al., 2020).

Baudron et al. (2014) showed that body size (expressed as the maximum adult body size from a growth curve) of six commercial fish species in the North Sea has reduced, and that this change was most likely due to a coincident temperature increase. Changes in the timing of natural events such as spawning and migration (also called phenology) have also been observed across a number of species. For example, McQueen & Marshall (2017) presented evidence that the peak of Atlantic cod (Gadus morhua) spawning in the North Sea and Irish Sea had become earlier in the year due to rising temperatures.

Extreme events (both marine heat waves and cold snaps) are known to affect marine organisms at a population level. A cold snap in February 2018 led to large numbers of starfish, crab, mussels and lobsters washing up on the North Sea coast of the UK (Pinnegar et al., 2020).

Other impacts due to climate change on the marine ecosystem, such as those due to oxygen loss and ocean acidification, are not well established for commercial fish stocks (Birchenough, Williamson and Turley, 2017).

On longer time-scales, work by Fernandes et al. (2017) estimated a loss in revenue of UK fishing industry between 1-21% due to warming and ocean acidification by 2050, with similar losses expected in employment numbers. Scotland was identified as one of the areas where these losses would be greatest.

Uncertainty in future projections of the impacts of climate change stems from a lack of consensus in the future impacts on lower parts of the food web, particularly phytoplankton; and from the different biological models applied (Pinnegar et al., 2020).

Shellfish fisheries are expected to be affected by both warming and ocean acidification, although several studies have indicated that crustaceans (lobster, crab and shrimp) are more robust than molluscs (bivalves and gastropods; Pinnegar et al., 2020).