Maerl beds are formed when multiple individuals of coralline algae come together, forming a complex 3D structure. Several species of free-living coralline algae (otherwise known as rhodoliths) can form maerl beds, with the most common species in Scotland being Lithothamnion glaciale and Phymatolithon calcareum (Burrows et al., 2014). In Scotland, maerl beds occur in abundance on the West coast, Orkney and Shetland, however, are absent from the east coast (Figure 1). 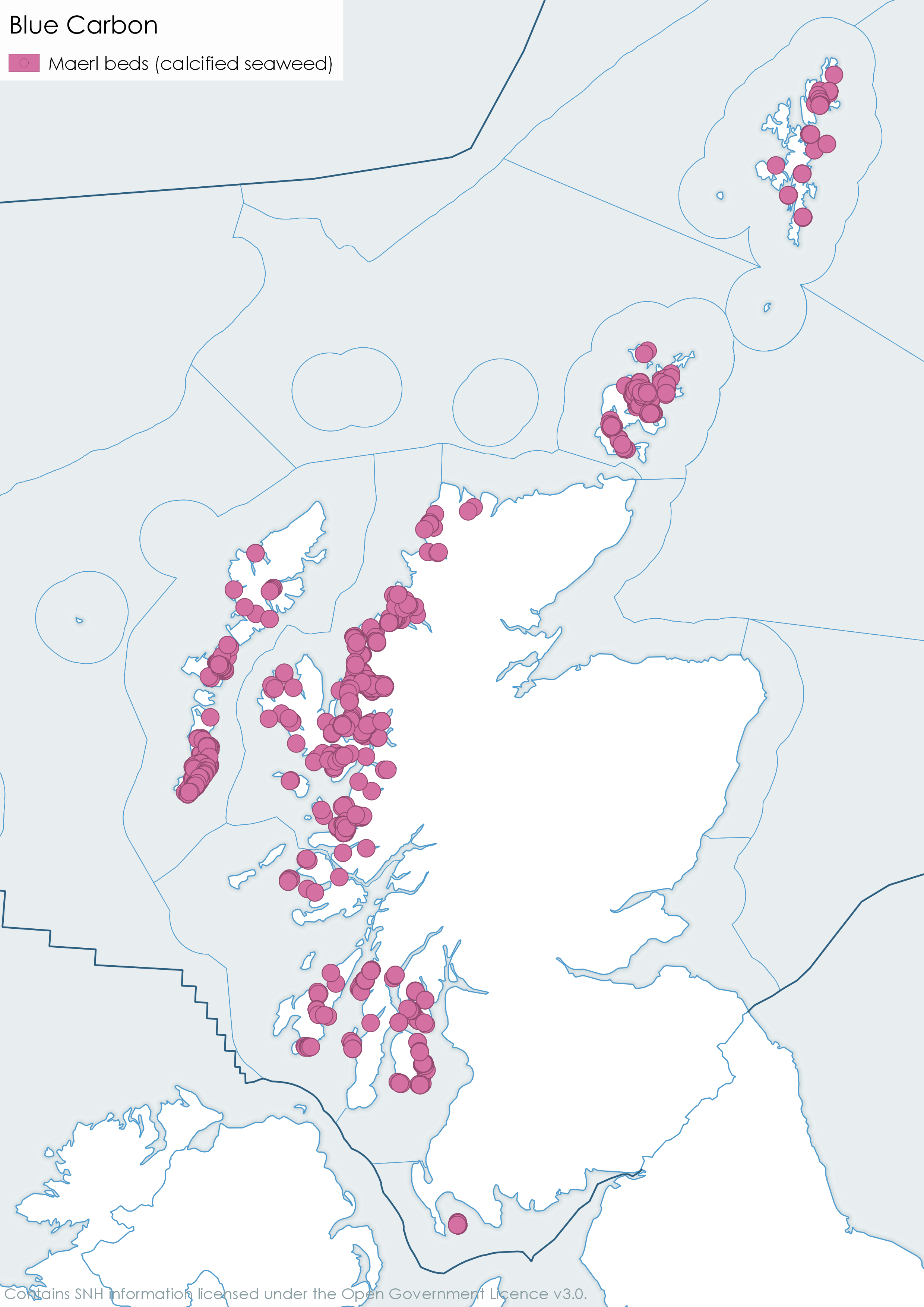 Figure 1: Distribution of maerl beds in Scotland based on SNH data from MS Maps NMPi.

There are two main structures of maerl beds in Scotland: tidal formed beds (Figure 2) and wave formed beds (Figure 3). Tidal formed beds are found in channels, inlets and sounds that are sheltered from wave action, but subjected to strong tidal currents; whereas, wave formed beds are found in more exposed areas and subjected to stronger wave energy. On average, live maerl bed deposits are about 60 cm in depth (Burrows et al., 2014), however, deposits can be much deeper (Kamenos, 2010), with the maerl bed in Wyre Sound being over 125 cm in depth (Baxter, per com.). 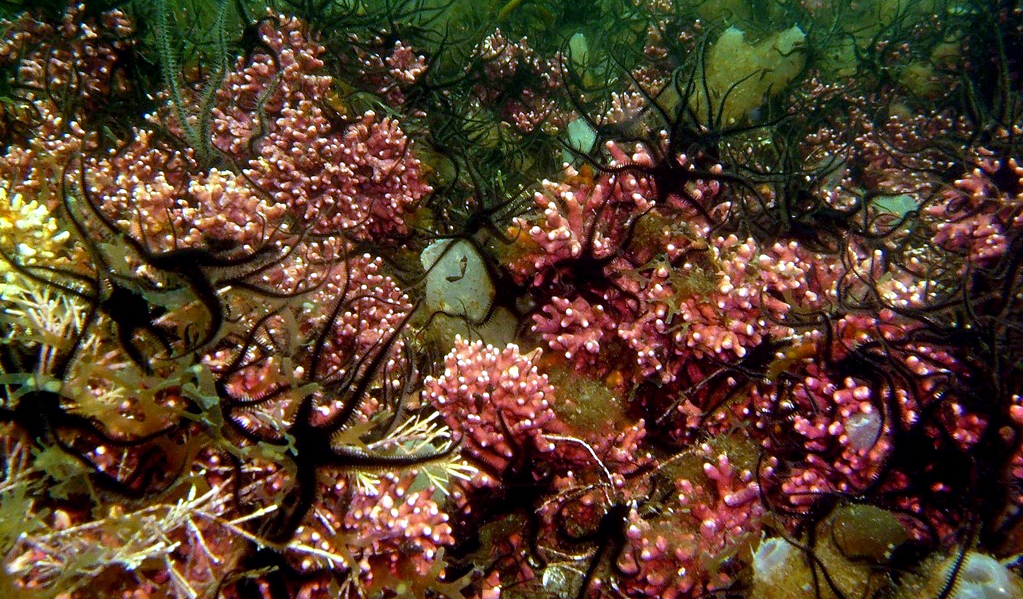 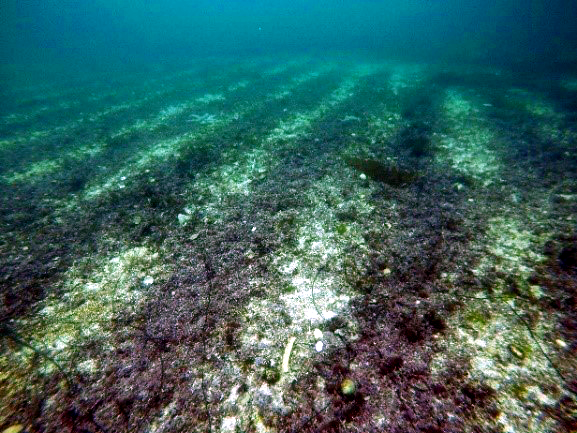 Maerl beds are important habitats in Scotland and offer a multitude of functions and services. Maerl beds harbour high biodiversity at multiple trophic levels and provide shelter for juveniles of commercially important fish and shellfish, including queen scallops (Kamenos et al., 2004b; Kamenos et al., 2004a). Recent research has found that maerl beds can store large quantities of blue carbon (Mao, 2020), meaning that they have an important role in carbon drawdown and climate change mitigation (Howard et al., 2017).

As maerl beds are common in Scottish waters, with their structure adept at storing carbon, maerl beds have the potential to store large quantities of blue carbon. Preliminary studies have found that maerl beds have a comparable storage capacity to seagrasses (Van Der Heijden and Kamenos 2015; Mao 2020). Furthermore, maerl beds have been found to store carbon for centuries to millennia – many more years than their terrestrial counterparts such as tropical rainforest (McLeod et al., 2011; Pan et al., 2011; Mao, 2020). Maerl can store carbon via two pathways: within the tissue of the maerl itself, and through the burial of organic material that lands on the bed.

Assuming an area of 7.06 km2, and an average thickness of 60 cm, the volume of Scottish maerl beds is estimated to be 4.23 km3 (Burrows et al., 2014). As there has not been an extensive survey to evaluate the thickness of maerl beds, 60 cm is assumed to be the average thickness, although some beds can be much thicker. Considering the average mass of maerl per m3 of bed (866.7 kg m-3), and the proportion of carbon contained within their skeleton (12%), an estimated 440,561 tonnes of inorganic carbon are locked within Scottish maerl deposits (Burrows et al., 2014).

Currently, there has not been an extensive survey regarding the percentage of live vs dead maerl beds. Furthermore, there is currently a paucity of information regarding the distribution of coralline algae species around Scotland. Therefore, assuming a range of 79-1432g CaCO3 yr-1 m-2 (Van Der Heijden and Kamenos, 2015), and an average coverage of 50% live maerl at each maerl bed, it is estimated that Scottish maerl beds may sequester 33.5-607 tonnes of inorganic carbon per year through maerl growth (Burrows et al., 2014).

Burrows et al. (2014) did not include estimates of the amount of organic carbon trapped in Scottish maerl beds. It is now known that maerl beds can store large quantities of organic carbon both within the tissue of maerl and in the sediment trapped within the maerl bed. This carbon can come from the maerl itself or from organic material that is either found within, or travels to, the bed.

Mao (2020) found that around 7.23 Mg OC Ha-1 are stored in the top 25 cm of sediment of maerl beds. Radiocarbon dating has shown that 25 cm of sediment represents approximately 70 years of accretion; this value can be used to estimate that an average of 0.1 Mg OC Ha-1 is sequestered each year in Scottish maerl beds (7.23 Mg OC Ha-1/70 years). This, in turn, translates to 70.6 tonnes of organic carbon being stored within the sediment of maerl beds each year (0.1 Mg OC Ha-1 x 706 Ha­-1). As the relative contributions of carbon from different sources are known, this value allows estimations to be made of how much organic material (containing organic carbon) is being deposited on maerl beds. It is estimated that yearly, 29.65 tonnes OC from marine fauna, 19.06 tonnes OC from marine plants, 16.24 tonnes OC from terrestrial plants and 5.65 tonnes OC from terrestrial soil is buried in within maerl beds following deposition. Current work at the University of Glasgow investigating the breakdown of organic material on the maerl bed has found that marine macroalgae loses 35% of its weight once decomposing on a maerl bed, with the remaining 65% of macroalgae subsequently buried (James, per comms). This aligns with research at the Scottish Association for Marine Science which has found that 30% of kelp carbon might be lost as dissolved carbon before it reaches the bed (O’Dell, per comms). As 19.06 tonnes OC from macroalgae is buried per year, macroalgae is anticipated to be a large carbon source to maerl beds with an estimated 45.62 tonnes organic carbon from marine macroalgae could be deposited on the maerl bed yearly. Further work is needed to investigate both the breakdown of macroalgae and other carbon sources before they are buried in the maerl bed to further understand this pathway.

Using the values from the above calculations, this means that maerl beds in Scotland store 7,455.36 tonnes of organic carbon within the top 60 cm of sediment and sequester a further 2,400.4 tonnes each year. As maerl beds continue to remineralise both inorganic and organic carbon within the sediment of the bed (Glud, 2008), the carbon that is sequestered is remineralised until it reaches a stable state. Once the carbon reaches a stable state, it no longer breaks down and is locked up within the bed. Further research is currently being undertaken at Glasgow to quantify the time it takes for the carbon to stabilize.

Currently, several points could lead to underestimates in the amount of carbon stored in Scottish maerl beds.

Firstly, there are likely underestimations in the habitat extent and thickness of maerl beds, with beds as thick as 125 cm found in the Wyre Sound (Baxter, per coms). As organic carbon continues to be stored below 60 cm (Mao, 2020), it is anticipated that the amount of organic carbon locked away in Scottish maerl beds to be much higher.

Finally, the effects of climate change (including temperature, ocean acidification and hypoxia) on carbon burial in Scottish maerl beds are poorly understood. Investigating this will help infer if maerl beds will continue to store carbon in a warmer, more acidic world. Work is currently underway at the University of Glasgow to investigate the effects of maerl bed health and structure on carbon storage both now and in the future.