Marine mammals, such as seals, dolphins and whales, are iconic marine megafauna that generate a large degree of public interest. They are also protected by a combination of national and international legislation. Some species of marine mammal represent the highest trophic levels in the marine food web. Therefore, changes in their abundance and distribution can be important indicators of environmental change. This is because as highly mobile predators, their presence is closely linked with the availability of their prey, such as sandeel and pelagic fish. They are also critical to the functioning of a healthy marine ecosystem, as controlling the populations of their prey species helps maintain a balanced food web. Marine mammals in the Southern Ocean have been found to play a role in the carbon cycle; their iron-rich excretions stimulate the growth of phytoplankton (Lavery et al., 2010). This increased phytoplankton growth drives productivity across the food web which also increases the transfer of carbon from the atmosphere to the deep sea (through sinking of particulate matter). However, like many groups of animals, they are vulnerable to climate change.

Marine mammals are extremely well adapted to an already highly dynamic habitat, with many species exhibiting a cosmopolitan distribution and regularly encountering environmental extremes. Some marine mammals, such as some species of baleen whale, already undergo annual migrations between polar and tropical regions. Other species such as killer whales or bottlenose dolphins have distinct populations that inhabit a wide range of different habitats compared with other populations in their species. Because of this apparent adaptability and the inherent difficulty in studying these wide-ranging and elusive animals, there is still much uncertainty to how marine mammals respond to the pressures of climate change and it is difficult to accurately predict how future climate change will have an impact on them (Evans & Waggitt, 2020). Direct effects are those associated with changes in the physical environment, such the loss of suitable habitat due to sea-level rise or changing ocean conditions, the thermal stress induced by warming waters or the increasing exposure to severe weather conditions. Indirect effects are largely related to the availability of food, due to changes in the abundance or distribution of prey. There is also the increased susceptibility to disease and contaminants, changes in competitive interactions with other species and the energetic implications which arise due to poor body condition. Many species have already been affected by climate change, with cetaceans and seals usually being affected in slightly different ways.

Data from aerial surveys and telemetry studies show no evidence that foraging, moulting or breeding sites have been lost to date due to rising sea level (SCOS, 2019). Although harbour seal populations (Figure 1) along the eastern and northern coasts of Scotland and the Northern Isles have experienced dramatic declines whilst colonies on the west coast are stable or increasing (Thompson et al., 2019). It is not yet clear what is causing this decline and as such, climate change related factors cannot be ruled out. However, it is not known whether there have been changes to sandeel availability, which are a key food source for many marine predators, including seals. Rising sea surface temperature, increased stratification in the water column (where surface waters are separated from deeper waters by a sharp gradient; see Stratification assessment) and the modulation of large and fine-scale weather patterns and ocean currents are particularly important climate characteristics, all of which may affect sandeel recruitment, size and energetic content. Wilson & Hammond (2019) have shown that in eastern Scotland and the Northern Isles, where harbour seals have declined, a large proportion of harbour seals’ diet comprises sandeels and that declines in sandeel abundance may be a contributing factor driving their declines. 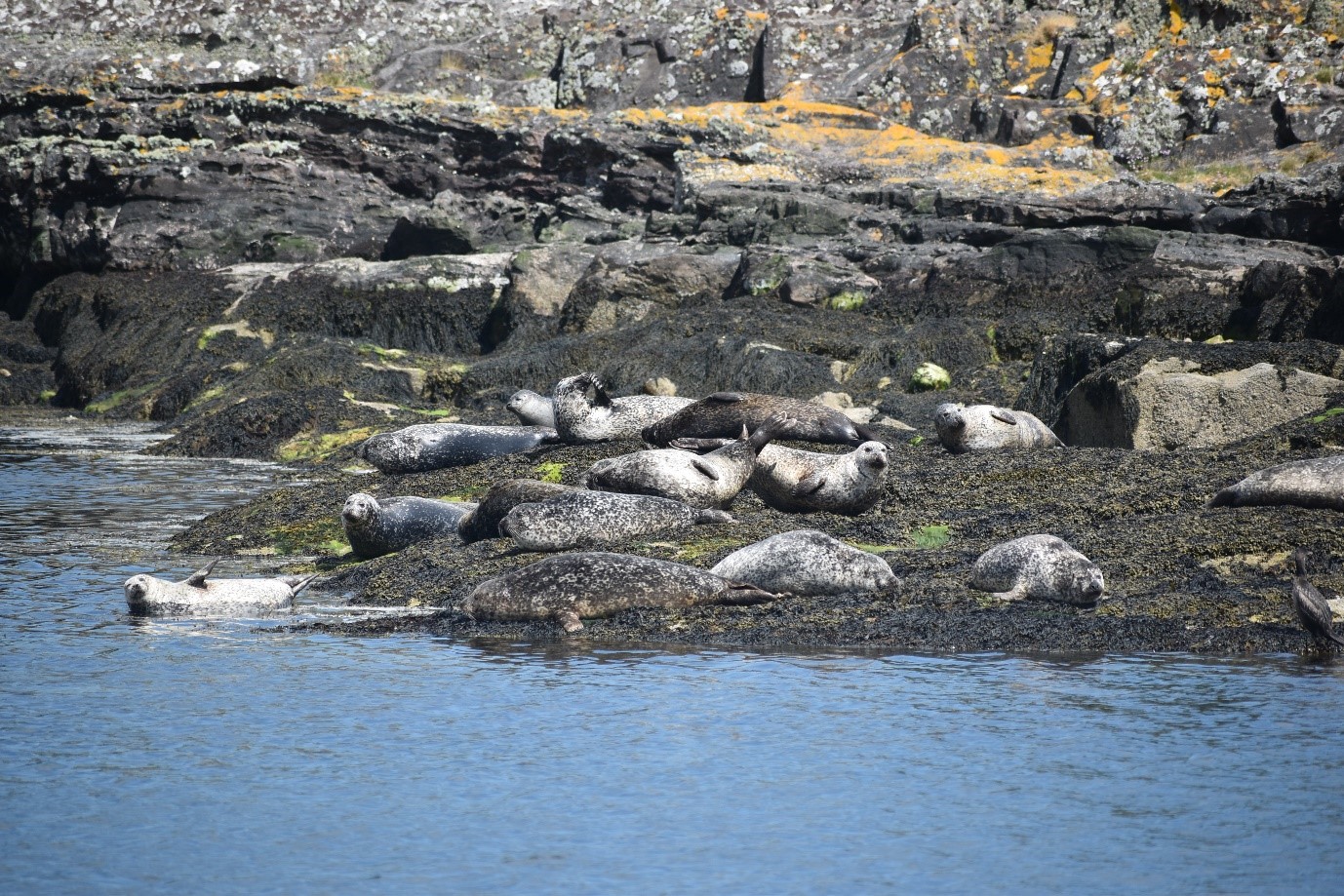 Figure 1: A colony of harbour seals hauled out on exposed rocks at low tide in the Firth of Clyde. © Jack Lucas.

Warming seas also increase the susceptibility of marine mammals to contaminants and infectious diseases. Years with abnormally high sea surface temperatures have been linked in increased disease-related mass die-offs of marine mammals (Sanderson & Alexander, 2020). This increased warming can also lead to an increased frequency and severity of toxic algal blooms, that could in turn lead to increased fatalities and reduced fecundity. Algal toxins have been proposed as potential causes or contributors to the regional declines in harbour seals. Jensen et al. (2015) showed that harbour seals around Scotland are exposed to both domoic acid and saxitoxins at potentially lethal levels in their diet. Unfortunately, there is insufficient historical information on patterns of occurrence of harmful algal blooms to link these to local harbour seal declines.

Broad scale visual surveys for marine mammals over the last 25 years have shown changes in distribution of harbour porpoise, which are thought to be linked to prey availability particularly sandeels (Hammond et al., 2017). Meanwhile changes in migration patterns and stock sizes of herring and mackerel may have altered the seasonal movements of killer whales between Norway, Iceland and northern Scotland. These changes in shoaling fish populations, such as sprat and herring (see also Commercial fish assessment), may also be at least partly responsible for the steady increase in sightings of humpback whales around Scotland in recent times (Evans & Bjørge, 2013). 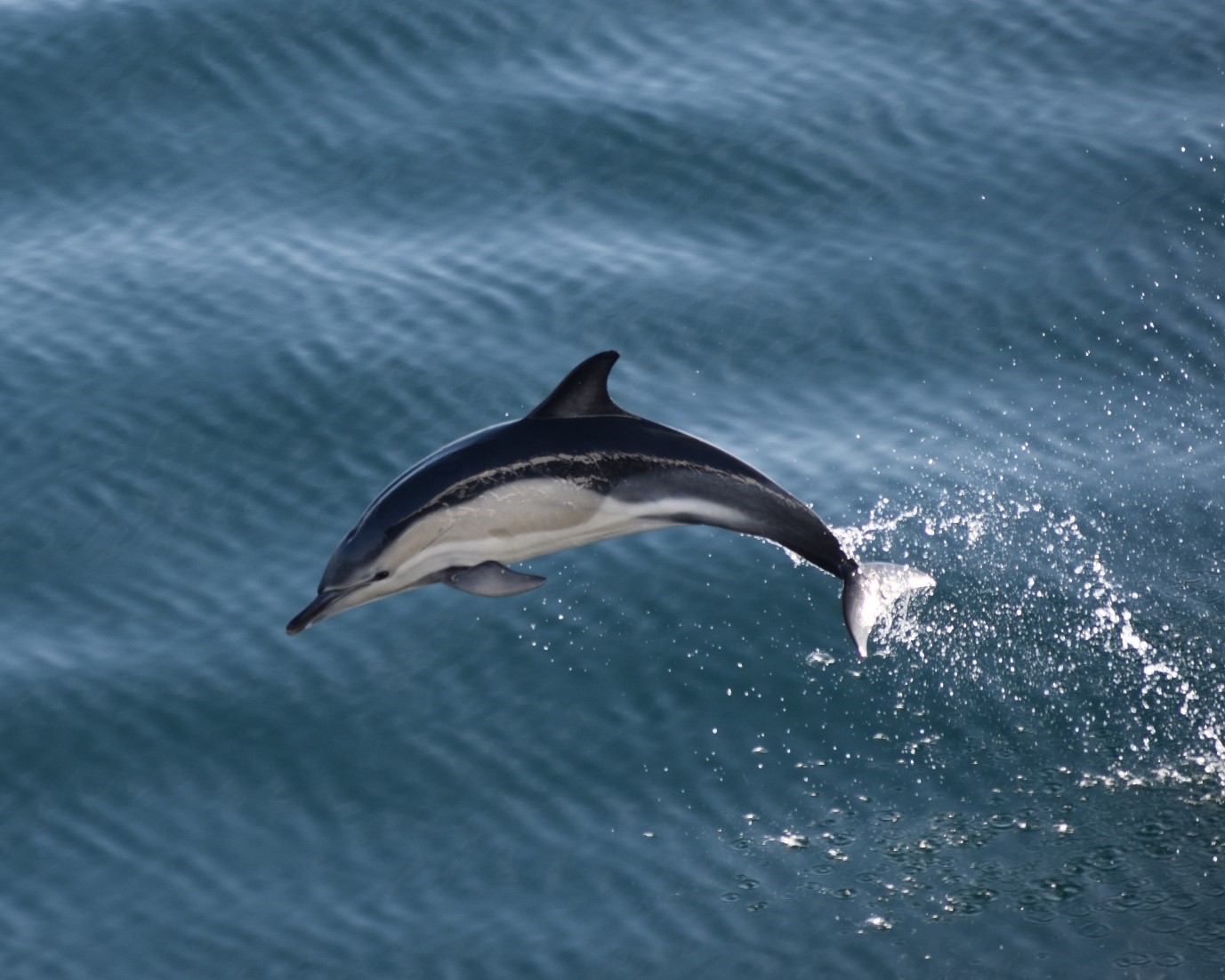 The abundance of Atlantic white-sided dolphin and white-beaked dolphin to the west of Scotland have declined between the mid-1990s and mid-2000s (Evans & Waggitt, 2020). Both species are associated with cold, temperate to low-arctic conditions. In contrast, short-beaked common dolphins (Figure 2) and striped dolphins, which have more of a warm temperate range, are increasing in number as well as extending their distributions northwards; these species are now regularly sighted around Scotland. Minke whale numbers and distribution have also varied between years, thought to be related to changes in the availability of sandeel in early summer and sprat in late summer (Anderwald et al., 2012). These apparent range shifts may reflect changing distributions of particular fish prey species in response to climate change.

The future impacts of climate change on marine mammals depend on the ecological scale considered. Some marine mammals roam across entire ocean basins whereas others inhabit small, defined ranges. This diversity of scale can complicate any broad assumptions on climate change to be made across the group as a whole (Moore, 2018). Additionally it is important to understand that not all populations will be negatively affected, and this difference due to life history strategies will be most stark in polar regions. Dramatic reductions in sea ice cover pose an existential threat to those species that rely on the ice habitat for breeding or hunting, whereas for others the loss of sea ice may open up new migration routes, extend phytoplankton blooms or allow seasonal visitors to arrive earlier and stay longer in polar regions (Laidre et al., 2008). This is in contrast to more equatorial waters, which may experience declines in primary productivity in response to increased thermal stratification (where warm surface are separated from deeper, cooler waters by a sharp gradient, see also Climate change - Stratification) and reduced nutrient mixing, leading to declines in prey for marine mammals.

Occurring in step with increases in anthropogenic-driven climate change, increases in the more direct ways in which humans can affect the marine environment should also be considered. For example, the drive towards a carbon-neutral society has led to the establishment of marine renewable energy devices such as wind farms and tidal turbines, which in turn pose risks to local populations of marine mammals during construction, operation and decommissioning phases (Copping & Hemery, 2020). Additionally, previously undisturbed areas of the ocean may be exposed to further human impacts as resource exploitation shifts due to climate change and demand. For example, changing fish distributions may shift fishing effort to new areas and increasing demand for materials may lead to extraction in new locations. These stressors will not act in isolation, and marine mammals may become exposed to a range of lethal and sublethal pressures that may act cumulatively or in combination (National Academies, 2017).

The risk to almost all species of marine mammal and their habitat from human activities across the world’s ocean (see Avila et al., 2018), together with the severe yet equivocal impacts of a changing climate, present an uncertain future for these animals.

Sea-level rise may affect current seal haul-out sites around Scotland (Figure 3), with some critical habitat, such as the Monach Isles (home to the largest grey seal colony in the eastern Atlantic) disappearing underwater in future. However, it is unlikely this will happen at a rate that would prevent an adaptive shift in distribution to new haul-out sites, and other habitat could be created. 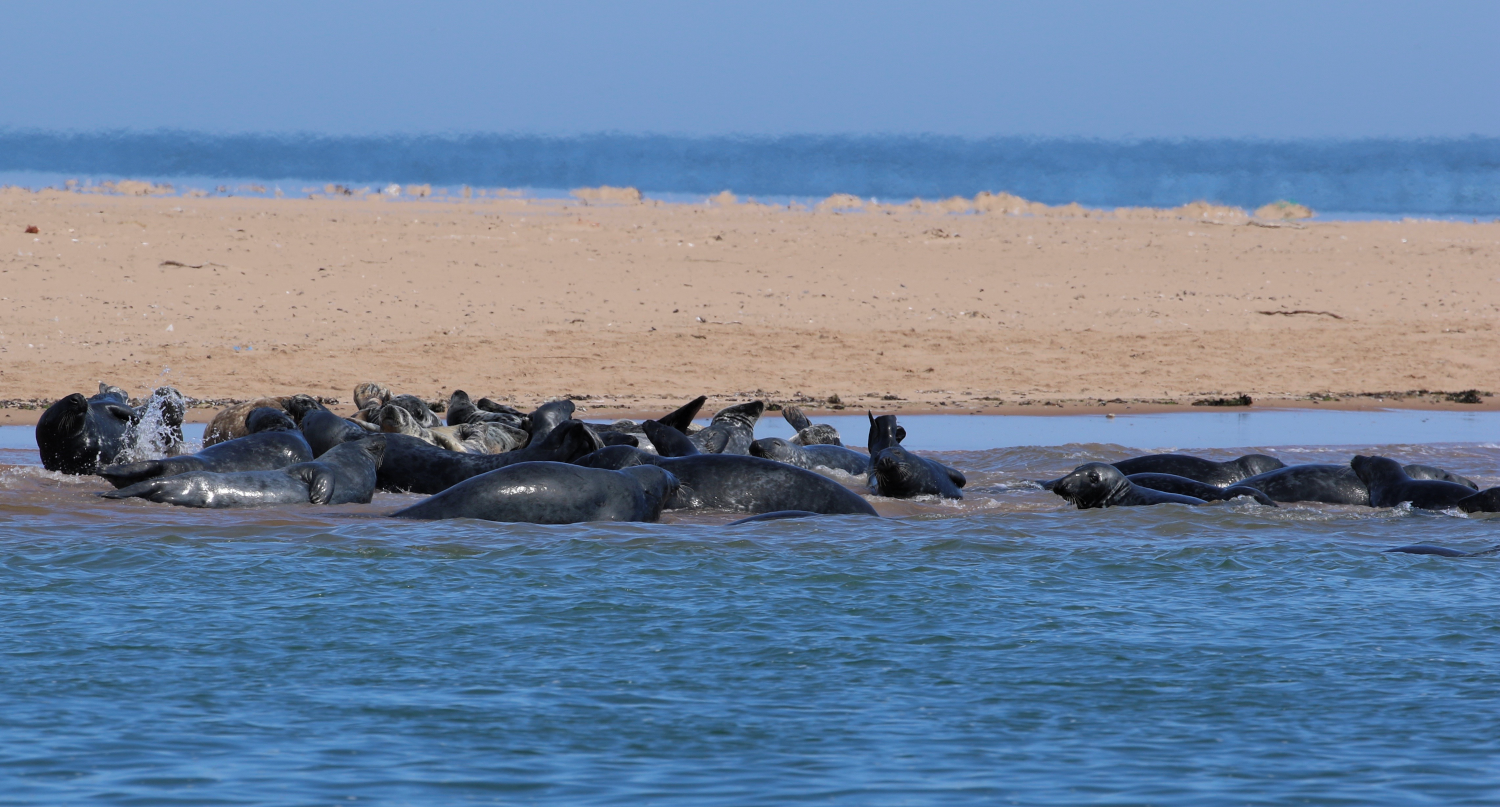 Figure 3: Seals at the mouth of the River Ythan, North-East Scotland © Colin Moffat.

Impacts to seal populations may be further exacerbated by the increased frequency and severity of storms, especially during pupping seasons where seals and their offspring are vulnerable on exposed reefs and tidal banks.

Climate change will affect cetaceans, most likely through influences on their prey (zooplankton, fish, cephalopods or crustaceans), resulting in shifts in their distribution (Evans et al., 2010a, b). Changes in the abundance and distribution of zooplankton due to changing climate conditions (including changes to seasonal timing) have repercussions on the life cycles of fish predators (e.g. sandeel), which in turn, may have an impact on the populations of their cetacean predators. Most species of cetacean seen around Scotland are believed to have varied diets, and are assumed to be capable of switching from one prey to another in response to their availability. However, it is poorly understood whether shortages of particular prey species would subsequently affect fecundity or survival, or simply lead to the movement of animals to new areas.

Shifts in the ranges of cetacean populations are expected, with warm temperate and tropical species in the south expanding northwards into Scottish waters and those species in the north, at the southerly limit of their range, retreating northwards, potentially beyond UK waters. However, the rate and scale of such changes will be dependent on a variety of interconnected factors that are not yet fully understood. Models of the impacts of a warming ocean project a general northward shift in the distribution of a range of species in the Northern Hemisphere.