Characteristics of some biogenic habitats (i.e. fragile habitats formed by key animal or algal species that consolidate and/or stand proud of the seabed) lend themselves to charting the effects of a range of anthropogenic activities including towed, bottom-contacting fishing. Abrasion caused by the passage of mobile gears can result in the loss or deterioration of biogenic material that differs markedly from surrounding habitats, with the change in appearance often clearly discernible using a range of widely available survey techniques.

This is one of two case study examples from nearshore waters produced to accompany the Predicted extent of physical disturbance to seafloor assessment which uses fisheries activity data to predict likely levels of disturbance to seabed habitats across Scottish waters. Observed impacts of scallop dredging on flame shell beds in Loch Carron in 2017 are considered separately (see Case study: Protecting the Loch Carron flame shell beds).

Visual evidence of the impact of demersal fishing, presumably by dredge, was first observed in Loch Creran, a small sea loch on the west coast of Scotland, in 1998 in the form of 3 - 4 m wide tracks passing through an area of dense aggregations of the organ-pipe worm (Serpula vermicularis) (Figure 1). Bushy clumps of worm tubes grow vertically up from the seabed and their complex three dimensional structures provide shelter and habitat for a wide range of other plants and animals. Serpulid aggregations are a Priority Marine Feature in Scottish waters (see Case study: Priority Marine Features). The aggregations are of sufficient size in Loch Creran (up to 75 cm in height and 1-2 m in diameter) to be recognised as biogenic reefs, a protected feature of a Special Area of Conservation in this location. The reefs in Loch Creran represent the best example and the largest known extent of this habitat in the world. Smaller aggregations are currently only known from two other Scottish sea lochs (Loch Teacuis and Loch Ailort), three locations in Ireland and two in Italy (Sanfilippo et al., 2012; SNH, 2018). 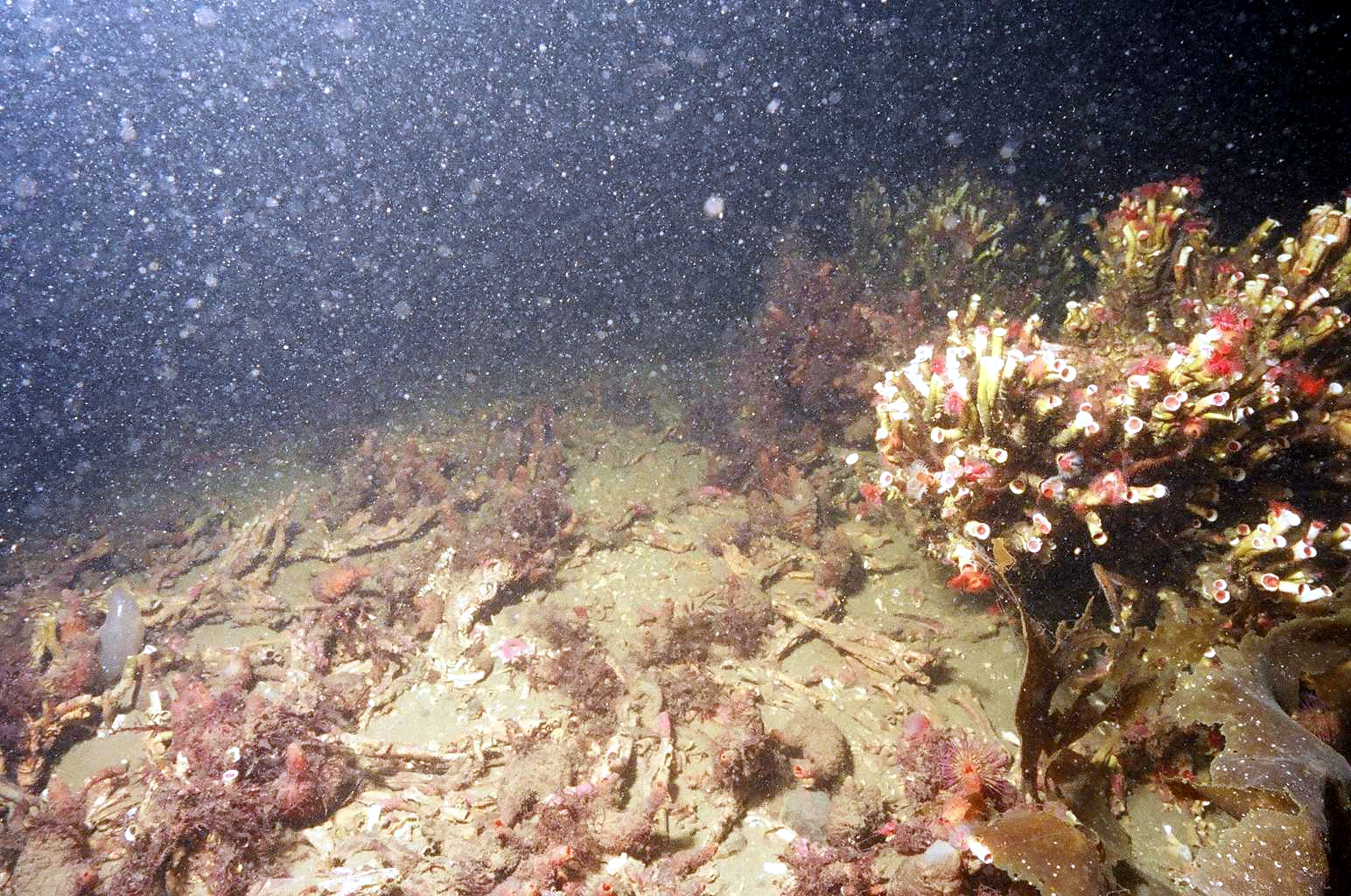 A 2005 Scottish Natural Heritage survey estimated that around 11% of the habitat in one of the principal reef areas of the loch had been damaged by this activity (Moore et al., 2006). Recent monitoring work has revealed little recovery of the habitat after 17 years (Moore et al., 2019) with the original tracks still clearly discernible on the most recent sidescan sonar imagery (Figure 2). 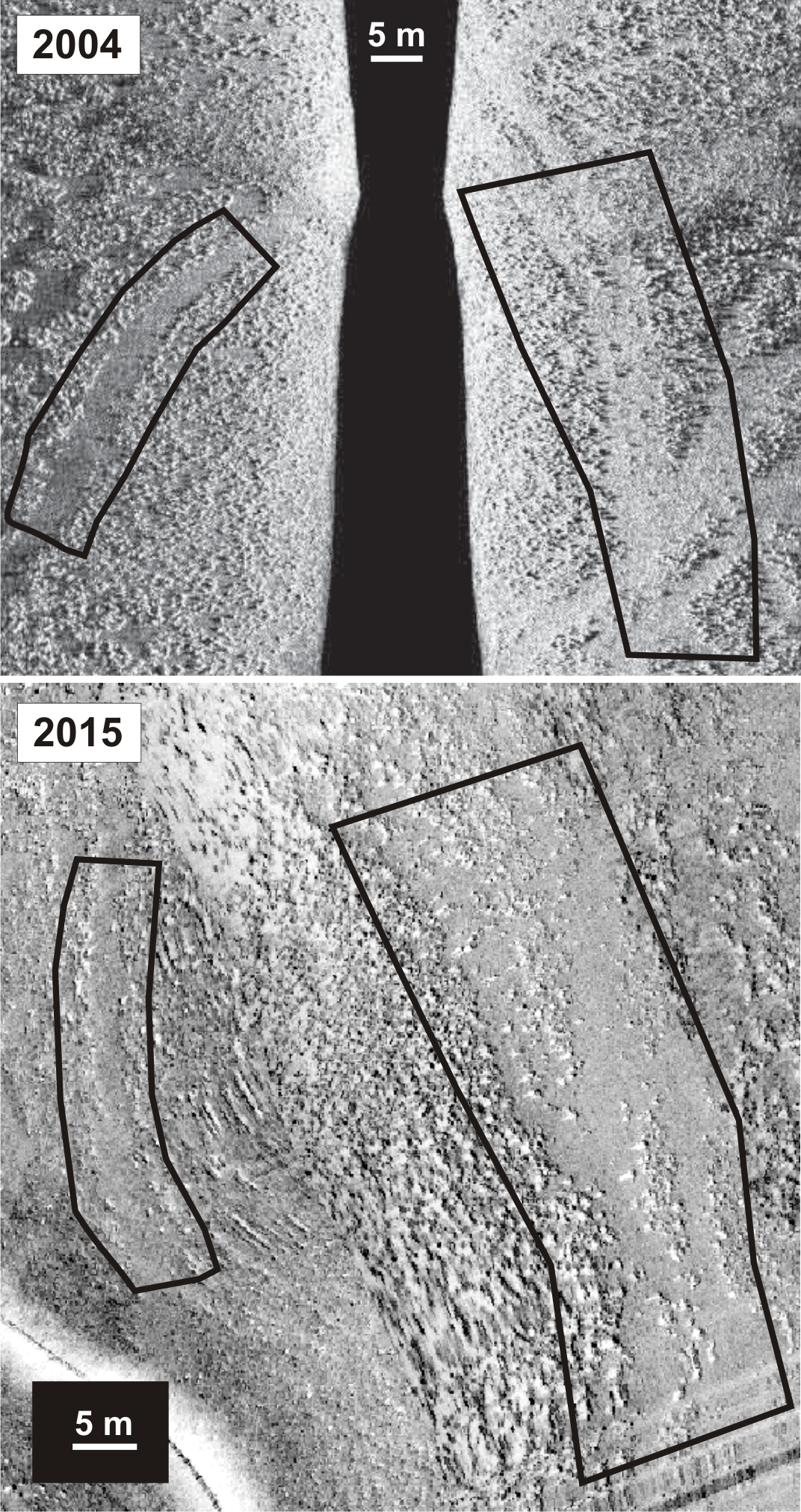 This case study illustrates that recovery in some seabed habitats can take a very long time and may not be possible if supporting habitats are modified by the activity e.g. through the removal of stones and other hard settlement substrates used by the serpulid worms on the muddy loch sediments or due to other changes in the loch system e.g. an increase in predators such as urchins and starfish.

The implementation of fisheries management measures and appropriate assessment of other licensed activities will continue to help to mitigate against future anthropogenic declines in seabed habitats within the Loch Creran protected area. This is particularly important because recent studies (Moore et al., 2020) concluded that reef fragmentation is now widespread, estimating that ~20% of all serpulid habitat in the loch has been lost since 2005. The authors postulate that the broader degradation observed may be natural and form part of a longer-term cycle. Ongoing monitoring will be required to determine whether serpulid aggregations are ever able to re-establish along the formerly fished tracks during future recovery phases.

Conservation of serpulid aggregations needs to be informed by a better understanding of the factors influencing reef development and the condition or process of deterioration with age. The potential to enhance recovery and give nature a helping hand in Loch Creran is the subject of ongoing research by Heriot-Watt University (see Case study: Biogenic habitat enhancement). A localised restoration programme in an area where the reefs have effectively become extinct could clarify the potential for such an approach should natural recovery not occur and might also serve as an experimental and supply site for essential future studies into the population dynamics of Serpula vermicularis in the loch (Moore et al., 2020).