This is one of two case study examples from nearshore waters produced to accompany the Predicted extent of physical disturbance to seafloor assessment which uses fisheries activity data to predict likely levels of disturbance to seabed habitats across Scottish waters. Persistent damage to serpulid reefs in Loch Creran (see Case study) from towed, bottom-contacting fishing activity is considered separately.

The flame shell Limaria hians is a 2 - 4 cm long bivalve mollusc, which constructs a nest of fine byssal threads (tough silky filaments secreted by the animal). In a few locations in Scottish waters dense populations develop (several hundred per square metre) with the nest material forming a spongy ‘turf’ covering several centimetres thick over much of the seabed, often incorporating stones and shells and providing a substrate for a rich associated community of benthic invertebrates and algae (Figure 1). The habitat is recognised as a Priority Marine Feature (see PMF case study for further details).

Following reports of damage to the flame shell bed habitat in Loch Carron by scallop dredging in 2017, a survey was carried out by Scottish Natural Heritage, Marine Scotland Science and Heriot-Watt University to confirm the presence of the damage and assess its nature and extent and to establish a programme for monitoring habitat recovery (Scottish Natural Heritage & Marine Scotland Science, 2017; Moore et al., 2018).

The 2017 survey work identified four flame shell beds in Loch Carron and confirmed the presence of damage consistent with dredging activity affecting two of the beds, with estimated degradation of 8% of one bed and 4% of the other. 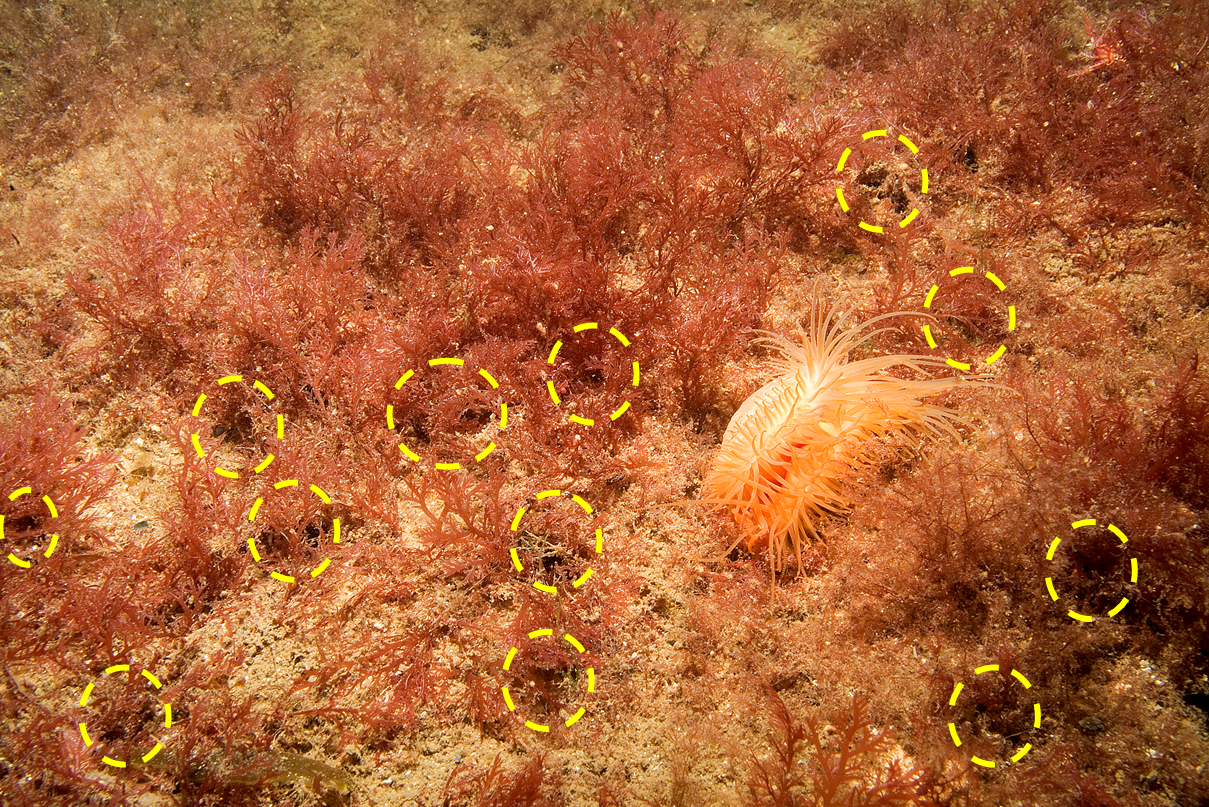 Figure 1: Flame shell bed showing exposed flame shell with array of orange tentacles and byssal turf. The black holes in the turf (highlighted by yellow circles) are the apertures of galleries within which the flame shell population resides © NatureScot

The observed damage was patchy and varied in nature and intensity, with the severest impact resulting in the formation of distinct series of parallel dredge tracks or scars (Figure 2a), each of the order of 0.5 - 1.0 m wide, generally with narrow lines of stones and associated biota separated by broader bands of sandy sediment with relatively sparsely scattered stones.

In areas where the bed was better developed, physical destruction of the habitat was reduced and typically took the form of flattening (Figure 2d and 2e) and disaggregation (Figure 2f) of the byssal turf and stone matrix. The survey undertaken within a few weeks after the dredging found many broken shells of bivalve molluscs (including those of flame shells) (Figure 2b) and sea urchin tests, as well as bacterial mats (Figure 2c) associated with decomposition of recently dead benthic organisms, particularly flame shells. 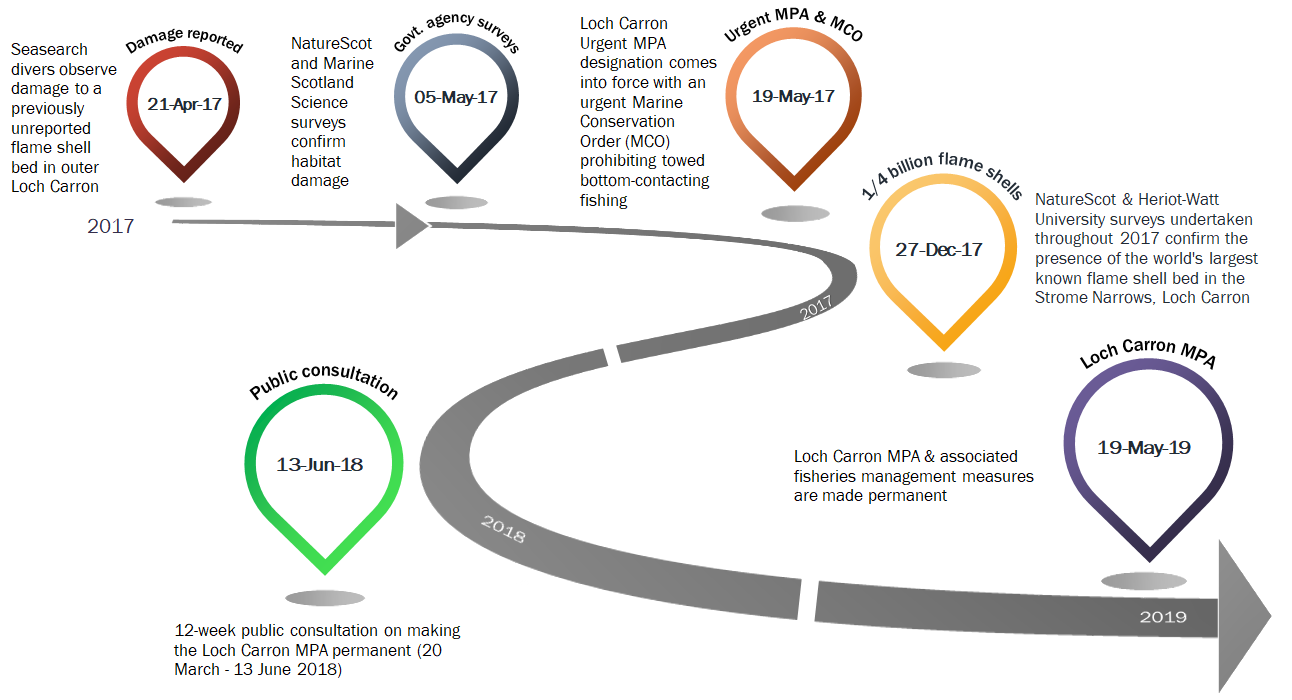 The designation of Loch Carron MPA illustrates the responsive nature of government agency survey programmes and Marine Protected Area designation and management processes in Scotland. Evidence of dredging from 2017 was still visible during follow-up drop-down video survey work in 2019. At one of the survey stations close to the boundary of one of the outer beds, where the flame shell habitat was relatively poorly developed, this took the form of distinct parallel dredge tracks (Moore, 2020). Further survey work is anticipated in Loch Carron in 2021/22 to determine whether there has been any recolonization of the parallel lines of pebbles and cobbles by Limaria hians since 2017.