Marine food webs describe the interconnectedness between different species and habitats. They can be used to illustrate and understand the relationships between predators and prey, the way in which energy flows through marine ecosystems and the way in which ecosystems function. An understanding of food webs can also help inform management relating to ecosystem services and the benefits that society gains from Scotland’s seas (see Natural capital, ecosystem services and the Blue Economy section). Figure 1 illustrates the relationships between different marine species in nearshore waters around Scotland. 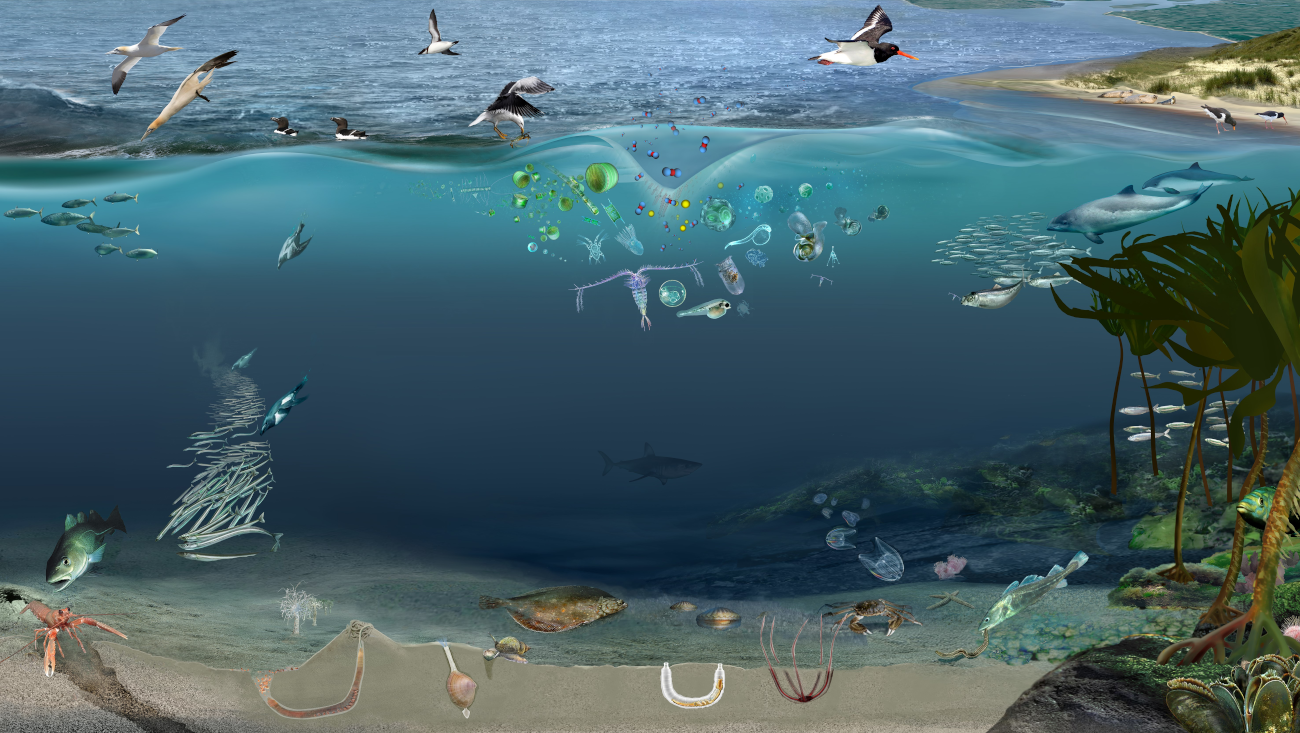 This case study brings together the results of the relevant species assessments in Scotland’s Marine Assessment 2020 (SMA2020) to provide a descriptive summary of marine food webs in Scotland’s seas in terms of how productive they are, how diverse they are and the abundance/distribution of selected species. This reveals a mixed picture. Taken as a whole, there is a clear message of change in marine food webs, some of which is likely to be caused by climate change, some the result of broader environmental changes (e.g. that caused by non-native species), and some likely to be a response to the direct use of Scotland’s marine environment and the way in which human activities associated with it are managed (e.g. changes in fisheries management).

How food webs have been described

A good understanding of populations of species, and how they are changing, is needed to enable assessments to be undertaken of whether these populations are sustainable, and whether they are likely to be contributing to the overall long-term sustainability of the marine food webs of which they form part. The results have been grouped to reflect different elements of marine food webs: productivity, diversity and abundance/distribution. Table 1 provides further details, including a summary of the key messages from the assessments for each species/species group and a link to each assessment.

In terms of productivity, grey seal pup production continues to increase, whilst breeding success of seabirds is considered to be stable, albeit at a lower level than previously. Diversity has been described through the three fish assessments, revealing no evident trend in deep-sea fish or fish in transitional waters (although limited data lead to low confidence in these results), and a mixed picture from groundfish surveys on the continental shelf with different indicators revealing increases and decreases in certain species offshore. For abundance, where sufficient data are available (birds, plankton, seals, coastal bottlenose dolphins) there is an overall picture of change. Even though the abundance of breeding seabirds is considered stable overall, this masks significant variation between species.

(1) If only part of an assessment has been used, then this is clarified by the text in brackets e.g. (grey seal pup production only).

Interpreting what this mixed picture means for the status of marine food webs is challenging. For most of these species it has been possible to say whether the populations are increasing, decreasing or stable, however, understanding of the drivers of these changes is variable. What is less certain is what the impacts of these changes in species populations are likely to mean for other species and for the wider marine food web of which they form part. Below are three examples that illustrate current understanding of the complexity of the interrelationships. 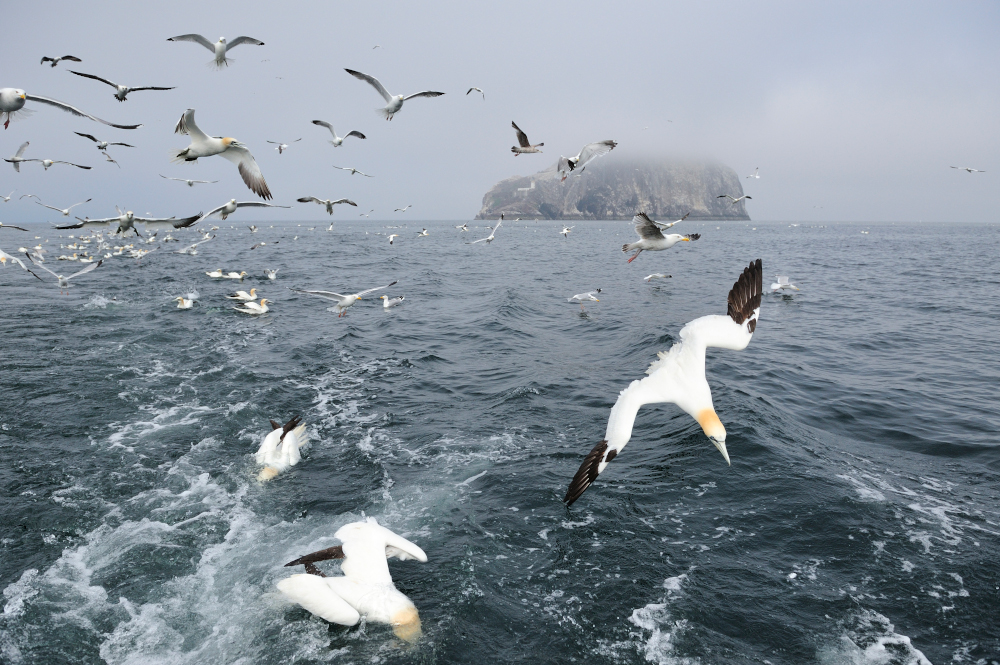 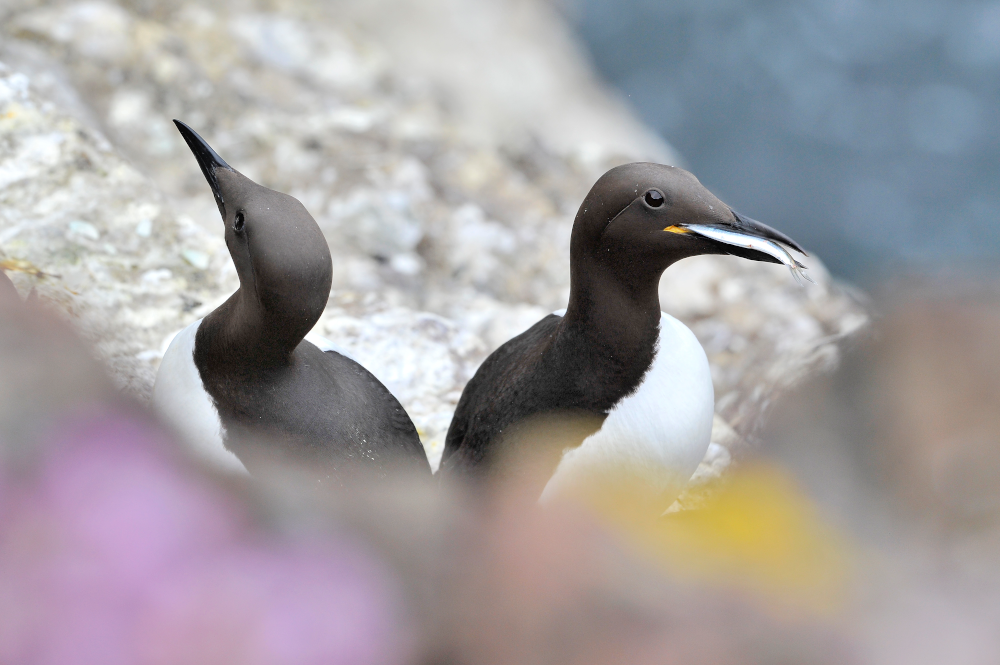 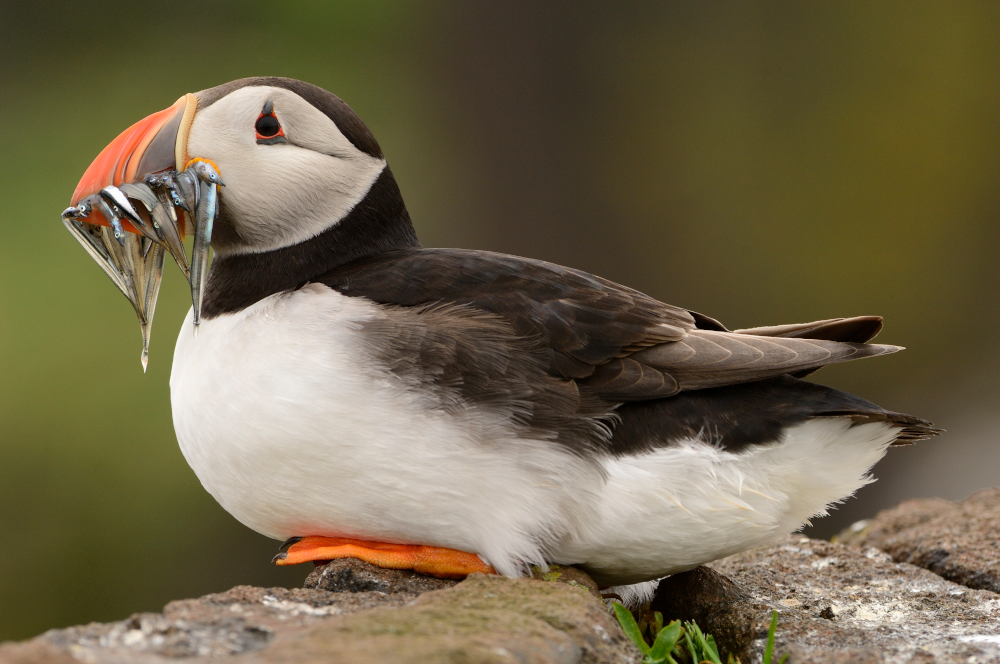 Figure 3: Puffin feeding on sandeels on the Isle of May NNR. © Lorne Gill, NatureScot.

This is a descriptive case study, intended to highlight the complexity of the situation as well as stimulate discussion and development of a full marine food web assessment for the next SMA. The intention is to move beyond simply describing what is known about the populations of species, to a more quantitative assessment that incorporates elements relating to function, dynamism and the relationships between different species and habitats. Over the next assessment period it is expected that there will be significant scientific developments that will support development of this indicator, for example, relating to energy flows. There are also ongoing discussions through OSPAR and the UK Marine Strategy relating to how to assess the status of marine food webs at these different scales. It is likely that development of a Scottish marine food web indicator will be based on collaborations through these wider fora.