The extraction of aggregate from the seabed last occurred from two historical areas in the Forth and Tay Scottish Marine Region in or before 2005. There are not any current licences to extract but large potential resource areas have been identified. Some navigational dredgings have been used for port construction.

Marine aggregate extraction removes sand and gravel from the seabed for use as construction aggregate (in concrete), land reclamation (as fill) or beach replenishment. Although Scotland has considerable marine sand and gravel resource, historically the marine aggregate industry has been very small because land supplies are more readily accessible. In some cases, marine transportation is essential for land based extraction due to its distribution and viability.

A recent example of beneficial use of aggregates, is the south harbour expansion in Aberdeen (February 2017 – expected completion February 2020 http://marine.gov.scot/ml/aberdeen-harbour-expansion), where dredged material is re-used in the harbour construction.

An assessment undertaken by the British Geological Survey on behalf of the Crown Estate (BGS, 2013) identified marine sand and gravel deposits in Scottish waters (see figure 2). Potential mineral resource has also been inferred from geological data but has not yet been evaluated.

Aggregate extraction is subject to licensing procedures, under section 21 of the Marine (Scotland) Act 2010 which considers, amongst other things, environmental impact. An application would require screening under The Marine Works (Environmental Impact Assessment) (Amendment) Regulations 2017. An agreement to dredge the seabed is also required from Crown Estate Scotland as seabed owner. 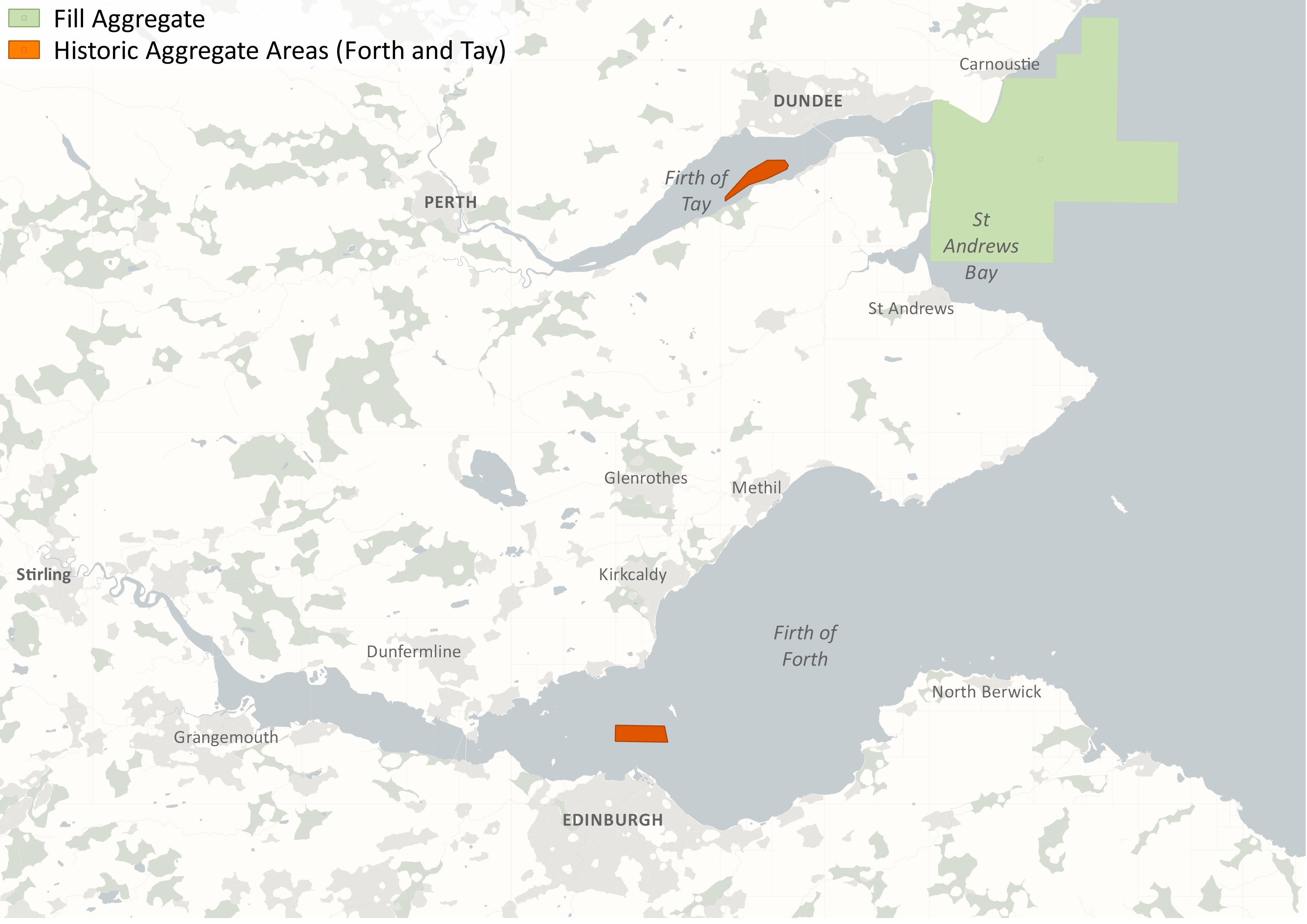 Figure 1 – Hhistorical areas in the Forth & Tay Scottish Marine Region 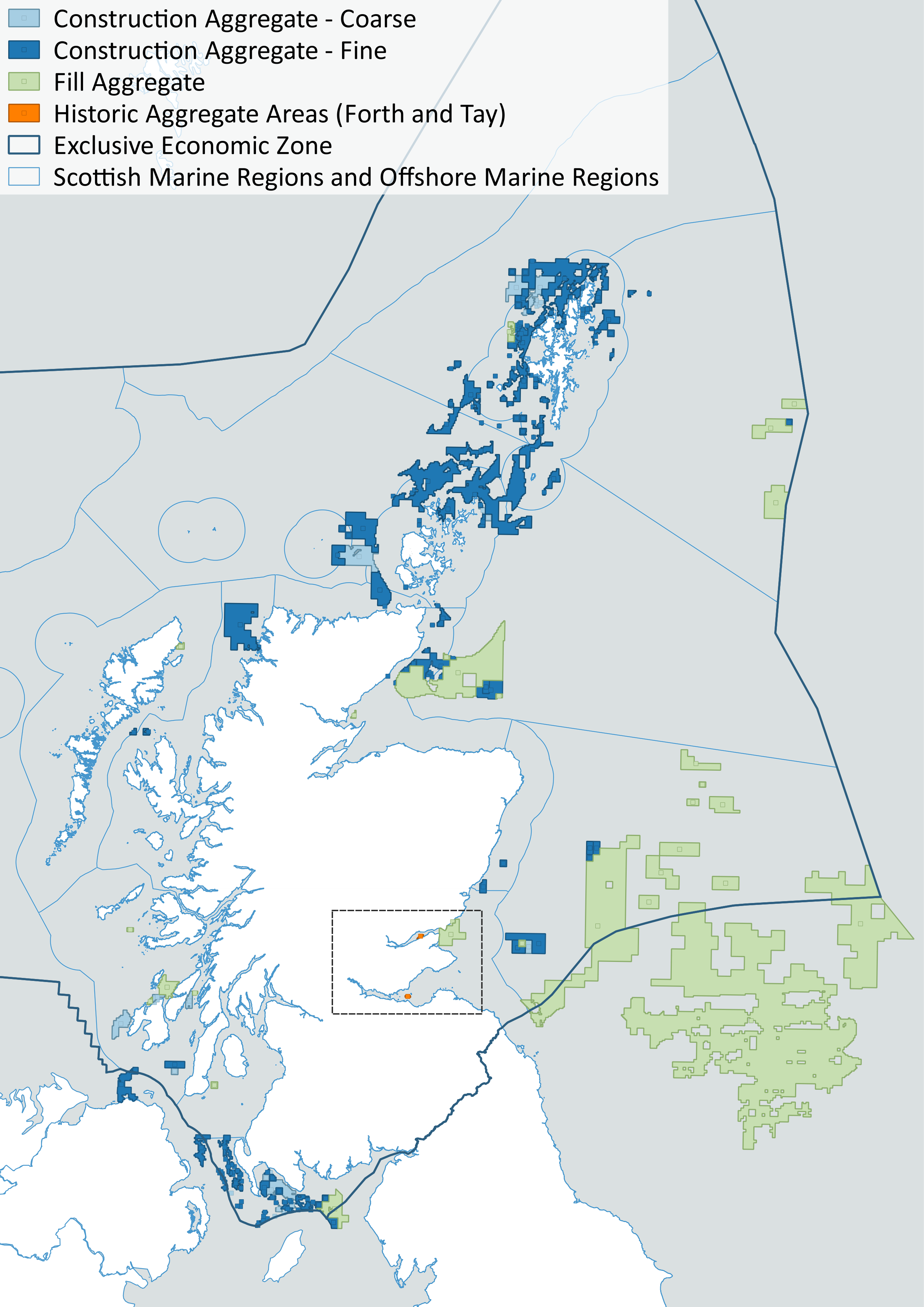 Figure 2 - Sand (fine) and gravel (coarse) resources of the Scottish waters and central North Sea area. Source: Marine Scotland and The Crown Estate.
back to top

Any extraction would contribute to the economy through the provision of raw material for use in the construction industry. While no marine aggregate dredging has been carried out in recent years, Scotland’s Annual Business Survey reported that ‘Other Mining and Quarrying’ contributed £301 million to Scotland’s economy in 2017 and employed over 2,000 people. The category includes extraction from a mine or quarry, but also dredging of alluvial deposits, rock crushing and the use of salt marshes.

While there has been no recent aggregate extraction from the sea, the land based Glensanda Quarry on the Morvern peninsula contributes significantly to the Scottish economy, with an annual production of about 6 M tonnes of aggregate (Transport Scotland, 2018). With access only via sea, it relies entirely on Glensanda port, for transportation of aggregate, supplies and personnel, making Glensanda one of the top 11 ports in Scotland.

Current impacts on Scotland’s socio-economic do not exist. In the event of extraction there is the possibility of:

Potential commercially viable deposits of marine sand and gravel are present in Scottish waters. Work for the Crown Estate (BGS, 2013) provides sand, gravel and mineral resource maps for Scotland which are designed to help visualise how aggregates and minerals are distributed off the coast. However, potential mineral resources remain inferred from the nature of the seabed geology and have not yet been evaluated by detailed survey. While there is little short-term demand for these resources, medium to long-term future market demands and technological advances will influence their viability and strategic importance.

If extraction becomes viable under different economic conditions or if increased dredging capability (in terms of ability to dredge in deeper water depths) offers opportunity for extraction in new areas, the potential could be exploited. Any future extraction would be subject to a marine licence as well as being screened under The Marine Works (Environmental Impact Assessment) (Amendment) Regulations 2017. Possible future use of marine aggregates includes use in gravity bases for the renewables industry and in coastal defence and adaptation schemes.

There are no working aggregates sites in Scottish waters. As such there are no trends to report.