Coccolithophores are a group of single-celled phytoplankton characterised by calcareous (calcite) scales termed coccoliths. They are an important component of the phytoplankton community which occupy the base of the marine food web, contributing to marine primary production, and play a key role in biogeochemical cycles in the ocean.

Monthly phytoplankton samples, collected at the Scottish Coastal Observatory (SCObs) monitoring site at Stonehaven over a 4 year period (2010 - 2013), were analysed to provide a first assessment of the diversity and abundance of coccolithophores present in relation to environmental variables including carbonate chemistry (León et al., 2018). 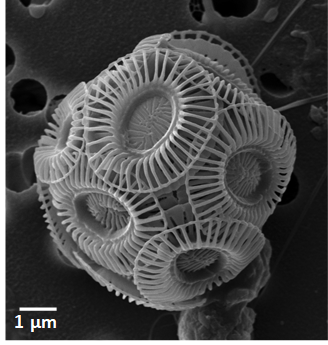 Two morphotypes of Emiliania huxleyi cells were observed at Stonehaven, corresponding to three different calcification morphotypes: type A, type A overcalcified and type B (Figure 2). A distinct seasonality was recorded with type B mainly observed in spring, type A increasing from early (June) to late summer (August) and type A overcalcified forms dominating from late summer (August) through winter (Figure 3). León et al. (2018) found little evidence, using the parameters collected, to indicate coccolithophore calcification was influenced by carbonate chemistry at Stonehaven. This research is consistent with other field studies indicating the unsuitability of coccolithophores as biological indicators for ocean acidification (ICES, 2014) and highlights the need for long-term monitoring of coccolithophore shells to distinguish any changes as a consequence of anthropogenic activities. The study flagged the importance of understanding the local seasonality of coccolithophore diversity and morphology in interpreting data from discrete research cruises. 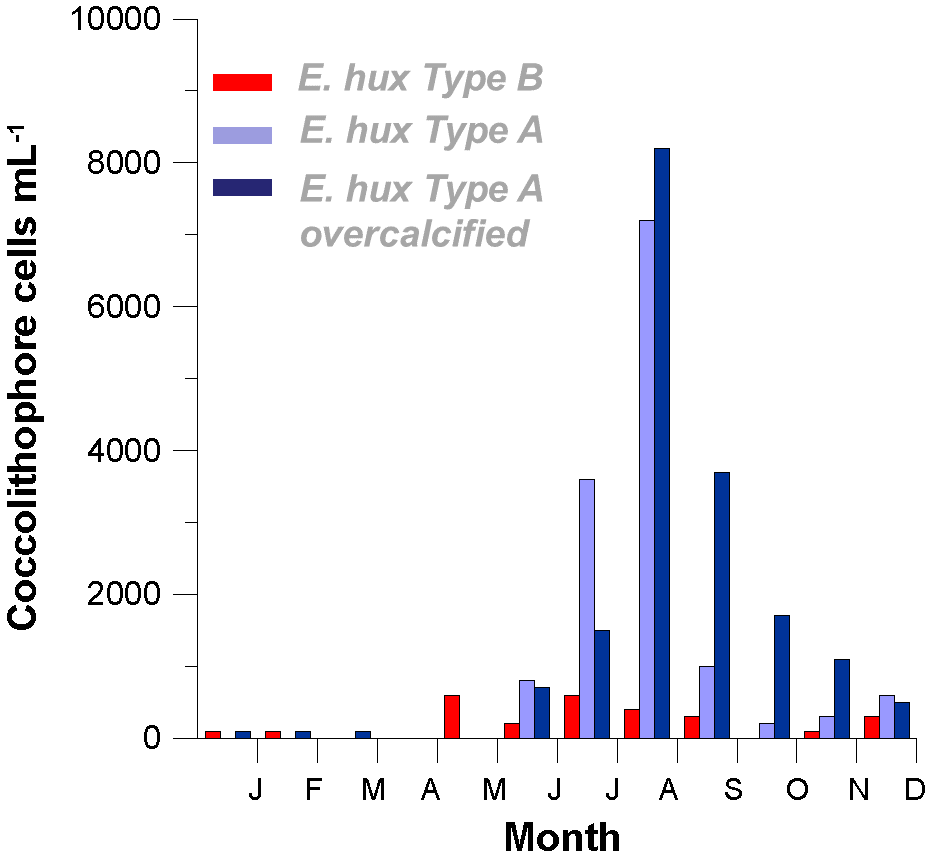