Changes in the distribution, abundance and demography of seabird populations can provide useful indicators of environmental change. This is because as marine top predators, the population dynamics of seabird populations are closely linked to prey availability and underlying environmental conditions. However, due to the complex nature of marine food webs the exact mechanisms underpinning the relationships between seabirds and their environment remain poorly understood.

Furthermore, seabirds are considered to be particularly sensitive to climate change impacts because generally they produce small numbers of young during their long lives, which makes populations vulnerable to decline if breeding or survival rates are reduced (Mitchell et al., 2020). Here, the focus has been placed on black-legged kittiwake, Atlantic puffin and European shag, three exemplar seabird species breeding in Scotland that have displayed strong responses to climate change.

Climate change is considered one of the main drivers of the recently observed declines in many seabird populations around the UK (JNCC, 2020; Mitchell et al., 2020). One of the key mechanisms by which UK seabird populations are affected by climate change is through indirect effects of ocean warming on marine food webs. These changes have altered the availability of seabird prey in recent decades, most notably Raitt’s sandeel (hereafter sandeel), a key food for many UK seabird populations, particularly around Scotland. Changes in sandeel availability have been related to climatic descriptors such as rising sea surface temperature (SST; see Temperature assessment and Climate change - Sea temperature), altered water column stratification (see Stratification assessment and Climate change - Stratification) and the North Atlantic Oscillation (see Johnston et al., 2020; see also Climate change - Storms, waves and coastal erosion). These relationships are likely indicators of wider changes in the marine ecosystem, rather than direct mechanistic causes. Sandeel availability is particularly important during seabird breeding, when reductions in the quality and quantity of prey available to feed chicks can reduce seabird breeding success.

Seabird populations are also affected directly by climate change due to extreme weather events, such as storms (see Climate change - Storms, waves and coastal erosion). Extreme weather events may reduce the ability of seabirds to forage and find food, leading to starvation and death. Periodic mass mortality events known as “wrecks” can also occur, when large numbers of dead seabirds are washed ashore. Poor weather can also reduce breeding success through nest flooding, for example. However, due to the complex nature of marine food webs and the enigmatic life histories of many seabirds, understanding of seabird responses to climate change remains poorly understood. An illustration of these complexities is of Arctic skua in Scotland which experienced an 81% decline between 1992-2015 which is thought to have resulted from a change in food web interactions influenced by a combination of factors including fisheries management and climate change (Perkins et al., 2018).

Black-legged kittiwake (Figure 1) populations in the UK have declined by 50% between 2000-2018, with some smaller colonies in Shetland disappearing completely and declines of up to 98% (for Noss, Shetland) in this period reported for Special Protection Area (SPA) populations (JNCC, 2020). The species is now ‘Red-listed’ in the UK Birds of Conservation Concern (Eaton et al., 2015). Reasons for this dramatic decline are varied, but numerous studies (reviewed in Mitchell et al., 2020; Johnston et al., 2020 ) suggest that climate change-mediated effects play a key role. Climate change impacts on black-legged kittiwakes operate predominantly through the effects of warming temperatures on food supply, in particular sandeels, which are their key prey in parts of the UK including the east coast of Scotland. As temperatures rise, the time of year that sandeels come to the sea surface to feed on plankton is changing. Such changes are particularly important for black-legged kittiwakes, since unlike many other seabird species they are unable to dive, so must time their breeding to overlap with the time of year that sandeels are accessible at the sea surface. Black-legged kittiwake breeding performance has been related to a number of climate related indicators. For example, breeding success has been found to correlate with SST for a number of studies (Wanless et al., 2007), though with variation between colonies (Cook et al., 2014), while black-legged kittiwake breeding success is also negatively correlated with levels of stratification in the water column (Carroll et al., 2015). 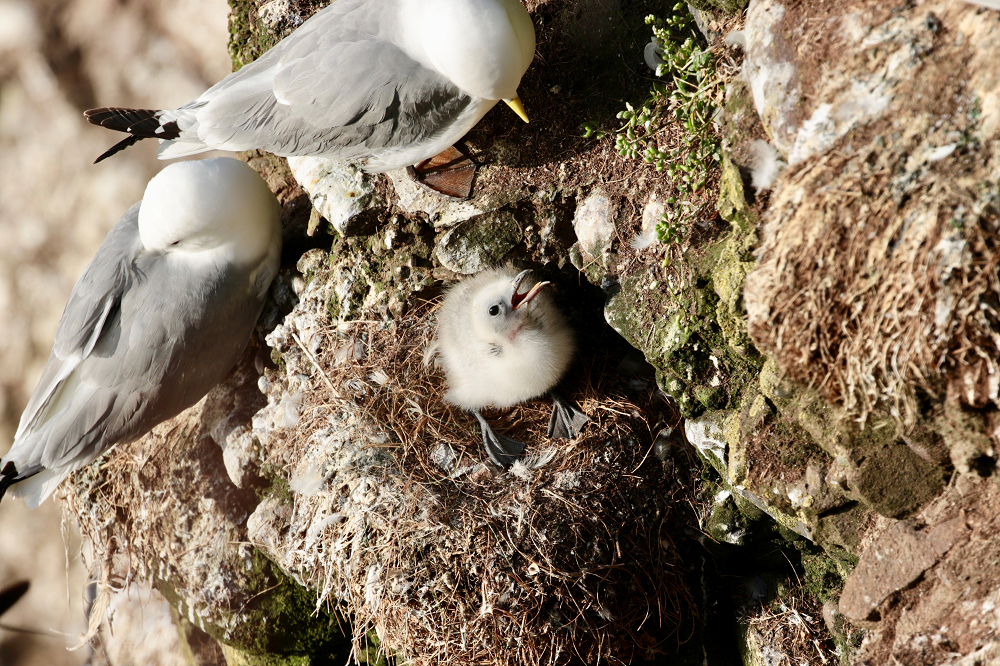 Atlantic puffin (Figure 2) are declining globally and listed as Vulnerable on the IUCN Red List (IUCN, 2020), while also appearing on the UK ‘Red-list’ of Birds of Conservation Concern (Eaton et al., 2015). However, no information is currently available for trends in UK Atlantic puffin populations (JNCC, 2020). Puffins are susceptible to the impacts of climate change through increasing SST and associated changes in prey (e.g. sandeel) distribution, abundance and quality. For example, the size and energy content of sandeel fed to Atlantic puffin chicks on the Isle of May has reduced over the past four decades (Wanless et al., 2018). Changes in SST led to mismatches in timing between plankton blooms, prey abundance peaks and the timing of Atlantic puffin chick rearing, with potential consequences for Atlantic puffin breeding success (Durant et al., 2006). Atlantic puffins are also known to be susceptible to mass mortality winter wreck events along Scottish coasts, and may become more frequent as climate change intensifies, although such events are historically rare (Harris & Elkins, 2013). 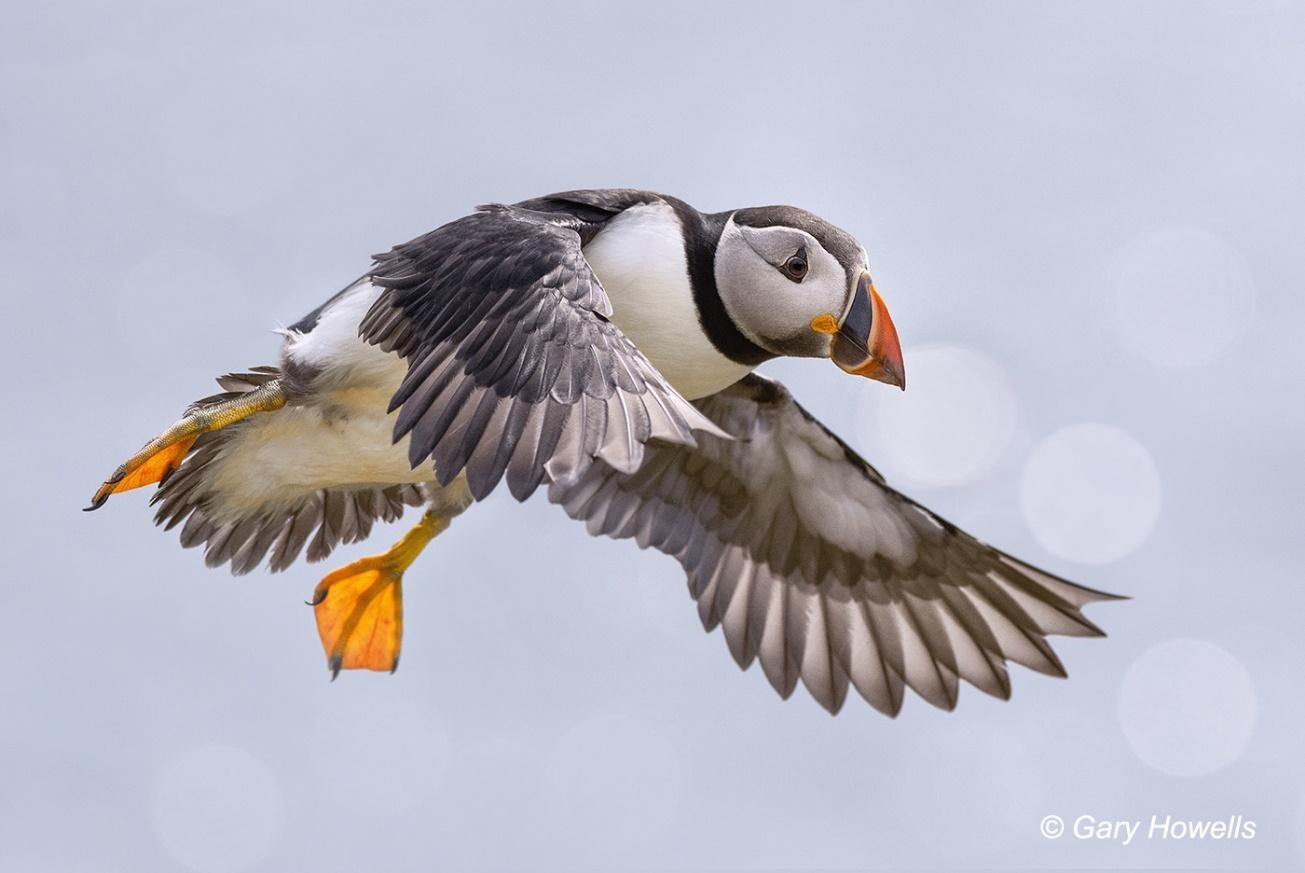 Figure 2: Atlantic puffin in flight, Isle of May. © Gary Howells.

In 2000, the UK had 34% of the global population of European shags (Figure 3; Wanless & Harris, 2004), but by 2018 this had declined by 24% (JNCC, 2020). The species is now on the UK Birds of Conservation Concern ‘Red-list’ (Eaton et al., 2015). European shags are considered particularly vulnerable to climate change, through both direct and indirect impacts on their diet, breeding and survival. For example, European shags breeding on the Isle of May have shifted from a sandeel-dominated diet in the 1980s to an increasingly diverse prey base in recent decades, linked to rising SST (Howells et al., 2017). Crucially, this dietary change has been observed during both breeding and winter, indicative of substantial changes in year-round prey availability for this population (Howells et al., 2018). For European shag, the timing of breeding (Frederiksen et al., 2004), breeding success (Burthe et al., 2012) and survival (Burthe et al., 2014), have also been linked to local climatic conditions, in particular SST. Increases in the frequency and severity of extreme weather events associated with climate change may also be affecting shag populations. For example, due to their non-waterproof plumage, strong winter storms have led to European shag mass mortality events linked to starvation and hypothermia (Frederiksen et al., 2008). High winds and heavy rainfall during breeding can also kill shag eggs and nestlings, resulting in breeding failures (Newell et al., 2015). 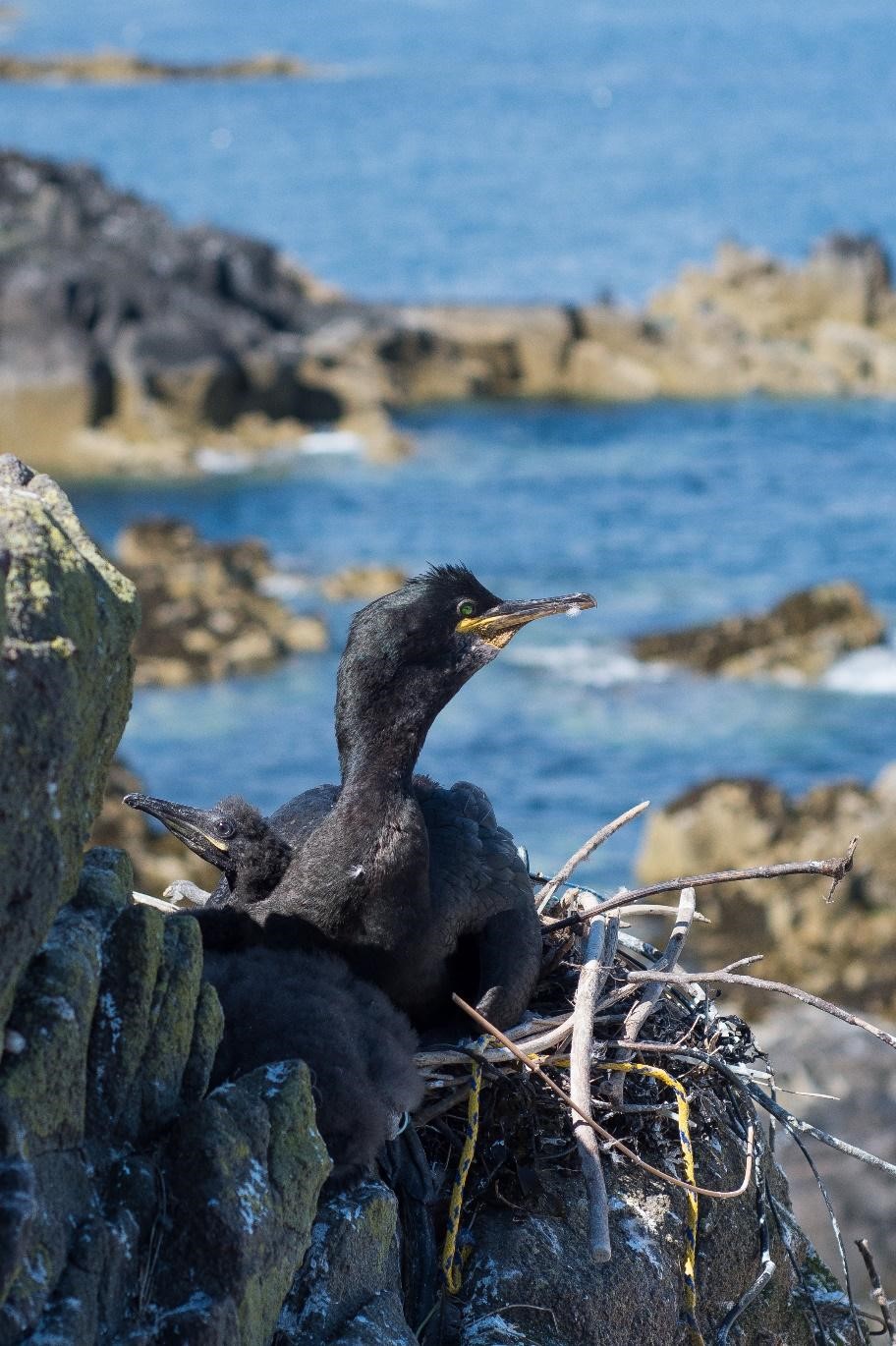 Given current predictions, climate change impacts are likely to continue to affect UK seabird populations both now and in the future (Mitchell et al., 2020). Under future climate change, rising ocean temperatures may continue to alter marine food webs, including the quality, availability and diversity of prey available to seabird populations. Predicted increases in the frequency and severity of extreme weather, such as storms and wind, could also impact survival rates. Rising sea-levels (see also Climate change - Sea level) could reduce the availability of nesting habitat, particularly for species that nest in low lying locations close to the shore, such as Arctic tern and little tern. While it is possible that seabird populations will change their geographical range in response to climate change, many species are highly faithful to their breeding colonies year after year, which may constrain their capacity to move. As such, some species (e.g. Leach’s storm petrel and Arctic skua) could become regionally extinct, while the populations and distributions of others might be greatly reduced (e.g. black-legged kittiwake, Arctic tern and auks; Mitchell et al., 2020). However, certain conservation actions may help mitigate for the impacts of climate change, and policy initiatives such as the Scottish Government’s Seabird Conservation Strategy (currently in development) may help identify such actions.

Black-legged kittiwakes are likely to decline in both range and abundance within Scotland as a result of climate change, with a predicted decline in abundance of 55.5% for UK Special Protection Area (SPA) populations by 2080 (Johnston et al., 2013). Breeding success is also predicted to decline by 21-43% by the end of the century (Carroll et al., 2015). However, regional differences may occur between some black-legged kittiwake colonies, due to differences in ecology. For example, populations on the east coast of Scotland and Shetland may be particularly vulnerable to climate change impacts due to their reliance on sandeel, whereas those on the west coast may be less vulnerable, because of the importance of alternative prey items such as gadoids (family of fishes including cod, haddock, whiting and pollock) or clupeids (family of fishes including herring, sprat, and sardines) (Swann et al., 2015). As well as effects on prey, direct effects of adverse weather may also occur through increases in summer storms, leading to the destruction of nests and reduced reproductive output (Newell et al., 2015). Such effects may differ between colonies or regions due to the contrasting topography and prevailing weather. Large differences in overwintering distributions also exist between some black-legged kittiwake colonies (Bogdanova et al., 2013), which may alter vulnerability to extreme weather events during the non-breeding period.

Overall, models predict Atlantic puffins will decline in both range and abundance within Scotland as a result of climate change, including a decline in abundance of 67.9% within UK SPA populations by 2080 (Johnston et al., 2013). Although sandeel are the commonest prey of this species in Scotland, puffins feed on a wide range of small fish, including sprats and herring, which may provide some resilience to climate mediated changes in prey populations. In common with other burrow-nesting species, Atlantic puffins are susceptible to flooding of their nest burrows during exceptional rainfall events during the breeding season, which may increase due to climate change. Climatic change may also result in colonies being more prone to soil erosion which would in turn mean reduced habitat availability in burrow nesting species.

Substantial population declines have been observed at several European shag colonies throughout Scotland over recent decades (JNCC, 2020), yet future projected changes in European shag abundance suggest just a 1.6% decline within UK SPA populations by 2080 (Johnston et al., 2013). Predicted future increases in the frequency and severity of extreme weather events may have substantial implications for European shag foraging, diet composition and survival in Scotland. This is because European shag flight and foraging ability is strongly affected by wind conditions (Lewis et al., 2015), with increased wind speeds associated with a reduction in the proportion of sandeel fed to chicks (Howells et al., 2017). However, as European shags are highly flexible in their timing of breeding and diet, they may be better able to adjust to changes in their environment than other species, potentially reducing some of the negative impacts of climate-mediated changes in timing or availability of their prey (Keogan et al., 2020). Although European shags may be able to adjust to indirect and prey-related impacts of climate change, weather is predicted to continue to impact them directly. For example, future increases in the frequency of stormy weather are predicted to increase annual variation in European shag mortality rates, leading to reduced population growth and increasing extinction risk in some colonies (Frederiksen et al., 2008). Changing weather patterns could also alter the suitability of nesting locations or even entire colonies, due to changes in exposure to extreme events, although susceptibility to such impacts may vary spatially throughout Scotland. The relative consequences of climate change for European shag populations will vary spatially throughout their range, with some colonies increasing and others decreasing, linked to local environmental conditions such as prey availability and prevailing weather.