When reporting on marine pressures and state there is a requirement to specify the geographic area across which the assessment is relevant. The nature of the assessment areas has evolved over time. An example is Charting Progress 2 (CP2), the second assessment of the state of UK seas reporting on progress in delivering the UK vision, which adopted biogeographic areas (Figure 1). These biogeographic areas are nested within OSPAR Commission (Figure 2) and Marine Strategy Framework Directive (MSFD) (Figure 3) assessment areas. Another example is the UK's Clean and Safe Seas Evidence Group (CSSEG) sampling and reporting framework which incorporates Scottish Sea Areas (SSAs; Figure 4). The CSSEG framework divides UK waters into a set of strata, which are nested within regions. The strata are Water Framework Directive (WFD) water bodies (for coastal and estuarine waters) and larger offshore areas. The entire concept has been based around having nested assessment areas. 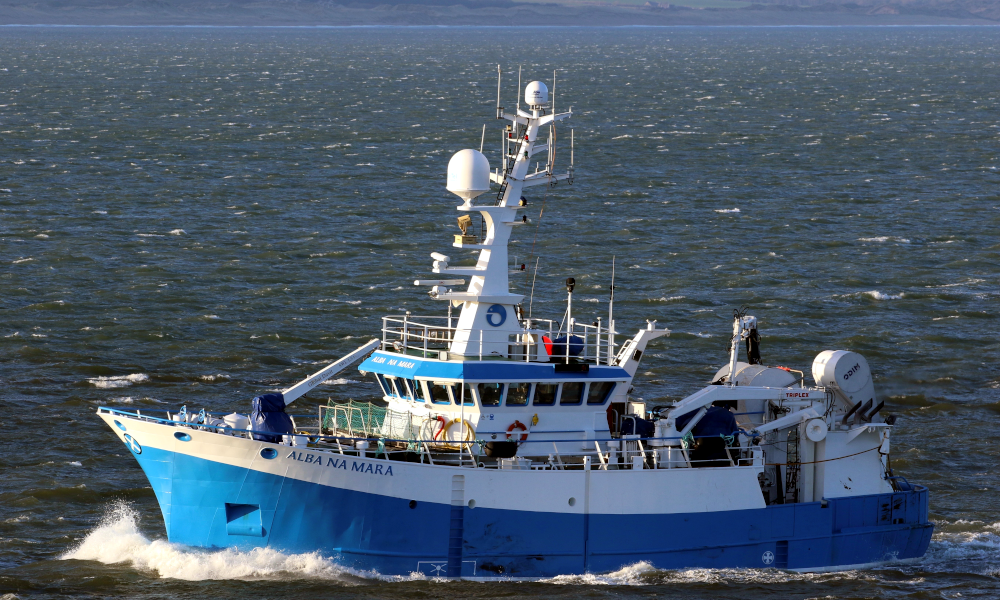 When assessing if the seas around Scotland are clean, healthy and biologically diverse, as done using ships such as MRV Alba na Mara, the geographic area against which the assessment is made is relevant. © Colin Moffat. 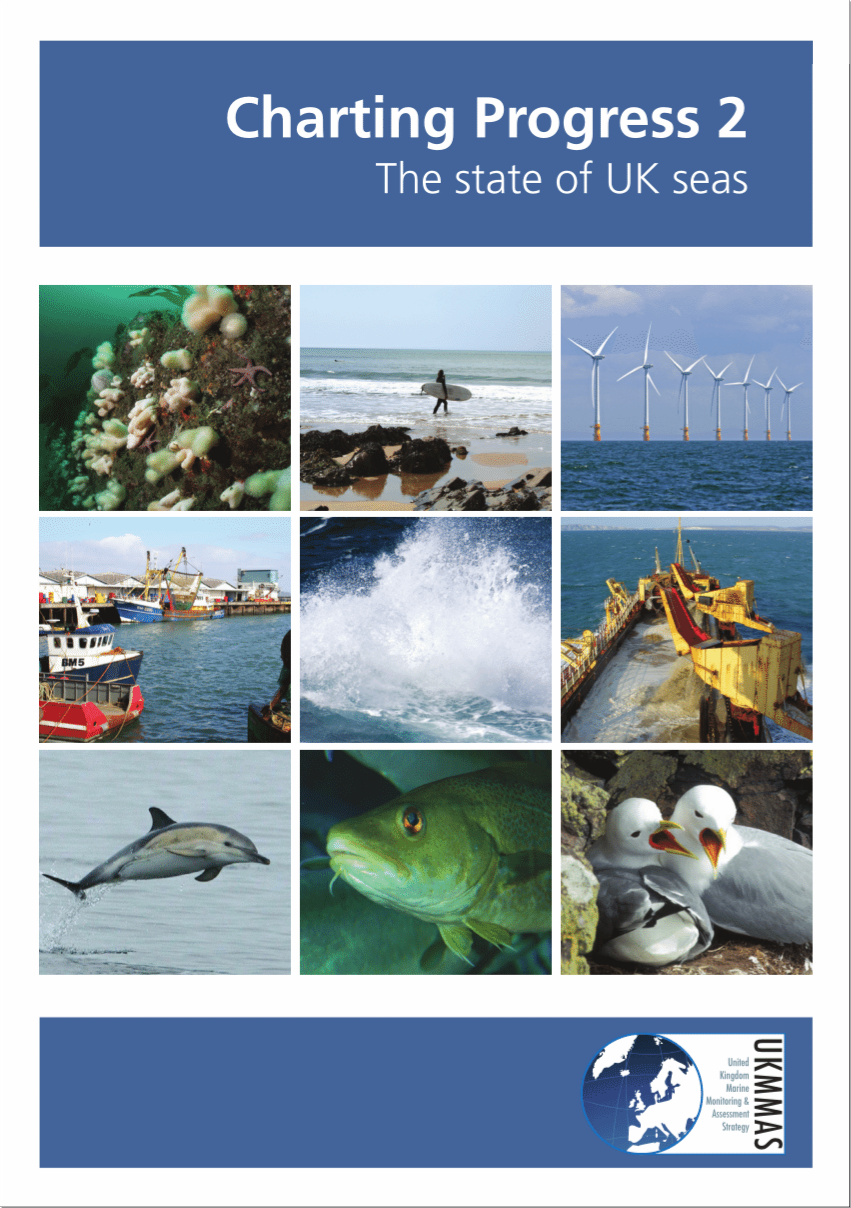 Charting Progress 2 is a comprehensive report on the state of the UK seas. Published in 2010, it provides key findings from UK marine research and monitoring for use by policy makers and others. Scotland contributed to the production of Charting Progress 2 through contributing to the United Kingdom Marine Monitoring and Assessment Strategy (UKMMAS) by both providing data and being an active participant in the various evidence groups and in the Charting Progress 2 Editorial Team.

Figure 1: Biogeographic, Charting Progress 2 (CP2) Regions. These have been used as the assessment areas for hazardous substances. 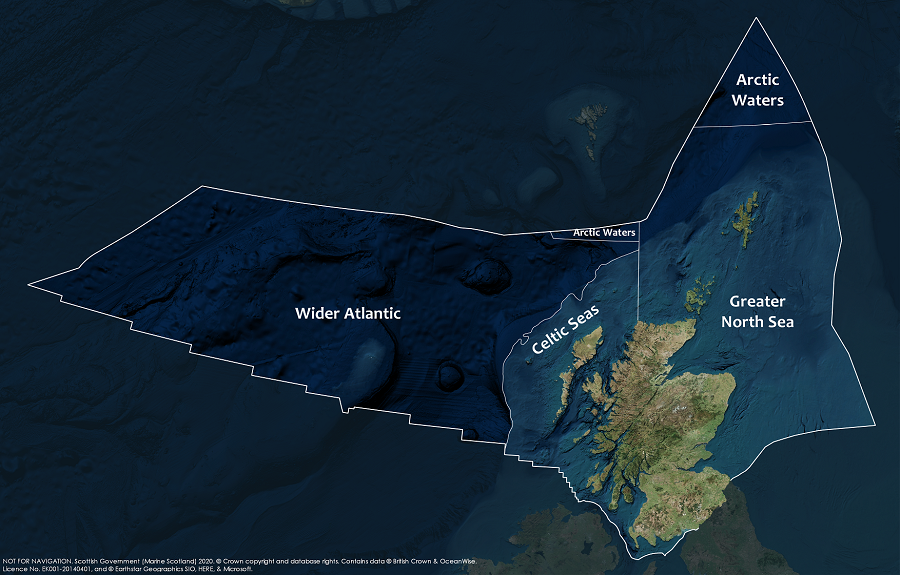 Figure 2: OSPAR Convention for the Protection of the Marine Environment of the North-East Atlantic (OSPAR) Regions that overlap with the areas assessed. 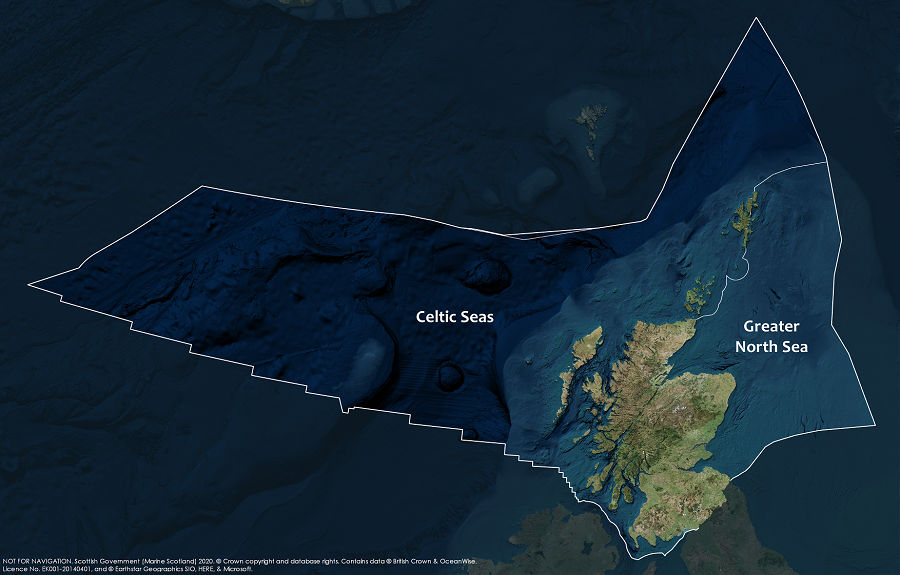 Figure 4: Scottish Sea Areas as used in Scotland's Marine Atlas 2011. These are sub divisions of the biogeographic, or Charting Progress 2 (CP2), Regions.

The rationale behind the nested approach to marine areas includes:

Given the historical nature of the biogeographic regions, there are both time-series data and sampling plans that are based around them. Much of the reporting in Scotland's Marine Atlas: Information for the National Marine Plan (2011), used the Scottish Sea Areas (Figure 4).

With the implementation of statutory marine planning, following the publication of Scotland's National Marine Plan, A Single Framework for Managing Our Seas in 2015, the focus turned to the development of regional marine management for the Scottish Marine Regions (SMRs; Figure 5). The eleven SMRs had been designated in the Scottish Marine Regions Order 2015. The statutory nature of the SMRs necessitated a review of the remaining Scottish Sea Areas. This resulted in the creation of non-statutory Scottish Offshore Marine Regions (OMRs). The OMRs (Figure 5, Table 1) were created by Marine Scotland (Figure 5, Table 1). Some offshore regions were not changed. These were Rockall (O9 in Figure 5), Bailey (O8) and Faroe-Shetland Channel (O5). In addition, the limit of the UK Continental Shelf was designated Hatton (O10 in Figure 5). The creation of the OMRs resulted in some minor revision to the existing regions. 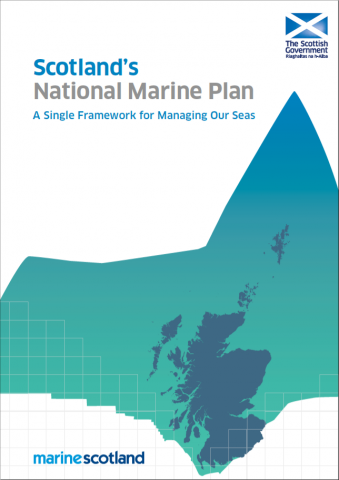 The SMRs are coastal and were developed on the basis of geopolitical boundaries. Not surprisingly, these do not match with the historical Scottish Sea Areas (SSAs) against which reporting has been made in previous assessments, including Scotland's Marine Atlas in 2011.

For this current assessment, the decision was taken that for hazardous substances and seabed litter, using the SMRs would be complex and make trend assessment complicated. It would also distort the nested approach. However, the need to ensure that a national assessment informed regional assessments as much as possible has meant that as many indicators as possible are based around the SMRs/OMRs with regional comments as appropriate.

Commercial fisheries have been assessed for many years on the basis of regions created by the International Council for the Exploration of the Sea. Within this assessment, these regions have been used for the assessment of fish stocks. However, the SMRs/OMRs have been overlaid to provide context. Fish catches are reported using ICES rectangles. Catch graphs are by Scottish Sea Area (as 2011 Atlas) as attributing to SMRs is not possible. The methodology, used in the Fishing assessment, for assigning rectangles to sea areas uses the following triage/approach:

Statutory bodies and the academic community across Scotland are being encouraged to adopt the SMRs/OMRs for future research, monitoring and assessment. 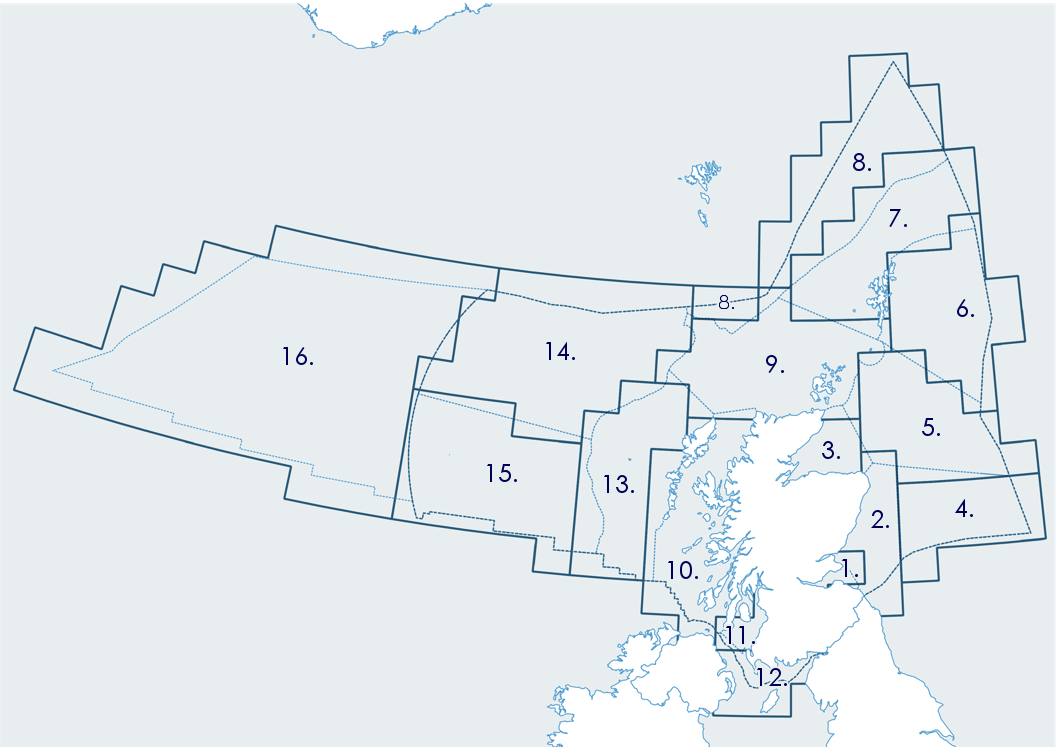 Although this assessment is being produced for a national purpose, internationally agreed indicators and assessment criteria are used where appropriate. The United Kingdom, as a Contracting Party to the OSPAR Commission and as a Member of the European Union, has contributed to the development and implementation of what are now termed common indicators. Scotland has played a critical role in this process over many years especially in the areas of hazardous substances assessments and bird and mammal assessments. Examples of common indicators used in biodiversity assessments include Common Indicator M3 for seal abundance and distribution which is applicable in the North Sea and Common Indicator PH2 which covers plankton biomass and/or abundance and is applicable to both the North Sea and the seas to the west of Scotland. Currently there are 15 biodiversity related common indicators that are applicable to the seas around Scotland, although a few of them cover either the North Sea or the seas to the west of Scotland.

Table 2: Assessments under the various Clean and Safe Themes and their relationship with the OSPAR Common Indicators

A key aspect of any assessment is providing an indication of the level of confidence that is attached to the status and trends presented. The natural variation observed in marine systems, coupled with often limited data availability, both on a geographic scale and temporal perspective, makes the confidence assessment highly desirable, but is quantitatively challenging. There are some indicators for which there is a reasonable time series and the assessment includes a rigorous statistical analysis. However, even when this is the case, this may be restricted to coastal areas as distinct from all the Scottish marine areas.

Summarising the status and trends to make the assessment readily accessible is required. A similar approach to presenting the summarised information has been taken in this assessment as was used in Scotland's Marine Atlas 2011. However, it has been developed to include a confidence assessment. The status assessment is again based around the phrases 'Many concerns', 'Some concerns' and 'Few or no concerns'. In addition, there is the description 'Lack of evidence/robust assessment criteria'. The result of each status assessment is represented by an icon. The nature of the regions (or combination of regions) to which the status assessment relates is stated. Although the result of the assessment may be relevant to a significant proportion of the region, there are occasions when it is useful to be able to distinguish variation in a Region e.g. to reflect hotspots. To take account of this, two icons may be combined, with the variation being presented as a small icon superimposed on the main icon (Figure 7).

The trend assessment is represented by a combination of a bar chart icon and an arrow (Figure 7).

Figure 7: Symbols used for both the status assessment and trend assessment

The confidence assessment is presented using stars, the greater the number of stars, the higher the confidence (Figure 8). It is based on the approach developed by the Marine Climate Change Impact Partnership (MCCIP) which is explained in Figure 9. It is based on making a judgement between the level of agreement / consensus (y axis) against the amount of evidence (or data) available (x axis).

Figure 8: Symbols used to define the confidence rating and their meaning.

Scotland has implemented a National Performance Framework. The objectives of the Framework are to:

However, the marine environment contributes to many of the Outcomes, including health and wellbeing and food security.

The National Outcome that covers environment 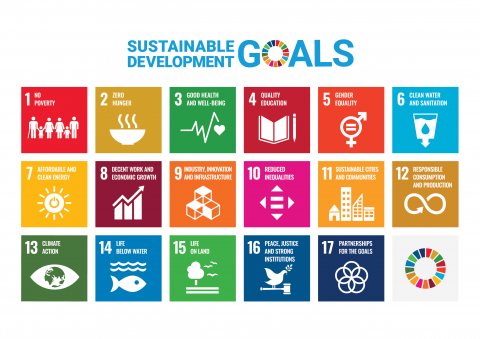 SDG 14 (Life below water) includes a number of targets to conserve and sustainably use the oceans, sea and marine resources for sustainable development.